The Most Historic Hotels in Maine, USA 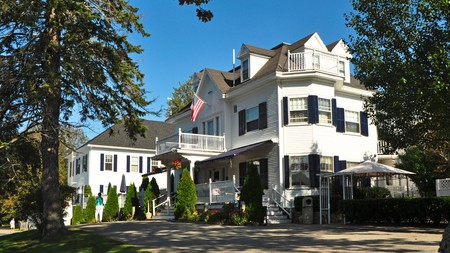 Once a tea merchant’s mansion, this grand weatherboard inn was built in the late 1890s | © Stephen Coyne / Alamy Stock Photo

From storied inns to revived resorts, Maine, USA, boasts a swathe of historic hotels that are the antithesis of cookie-cutter.

Character and intrigue await at these historic inns and hotels, which dot Maine’s green heartland and line its blustery, beautiful coastline. Whether you’re interested in the state’s rich maritime heritage or simply looking for an elaborately decorated, Instagrammable suite, these properties will deliver.

The Breakwater Inn and Spa 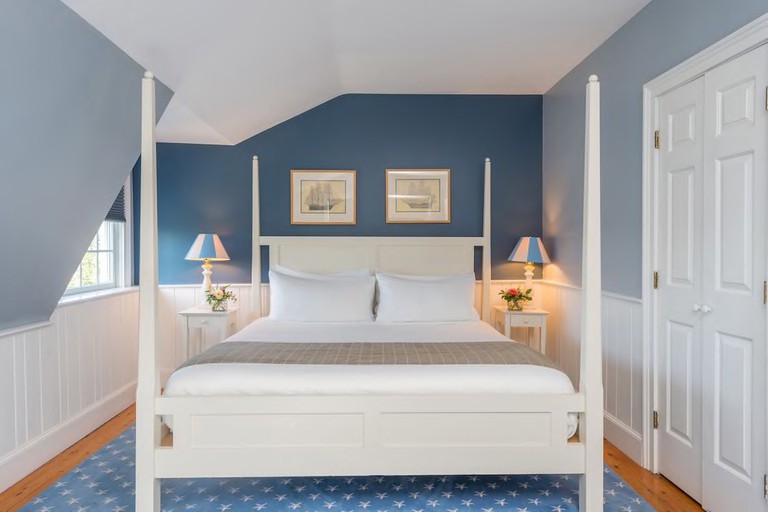 Courtesy of the Breakwater Inn and Spa / Expedia
View Rooms
A former shipbuilding and fishing village, tiny Kennebunkport teems with historical sites, and the Breakwater Inn and Spa is no exception. One of the Port’s oldest, the inn dates back to the 1880s, while the spa building was built recently. In a nod to Kennebunkport’s maritime heritage, the 20 rooms in the inn buildings have a hint of nautical styling about them, with navy blue accents and timber furnishings.
More info 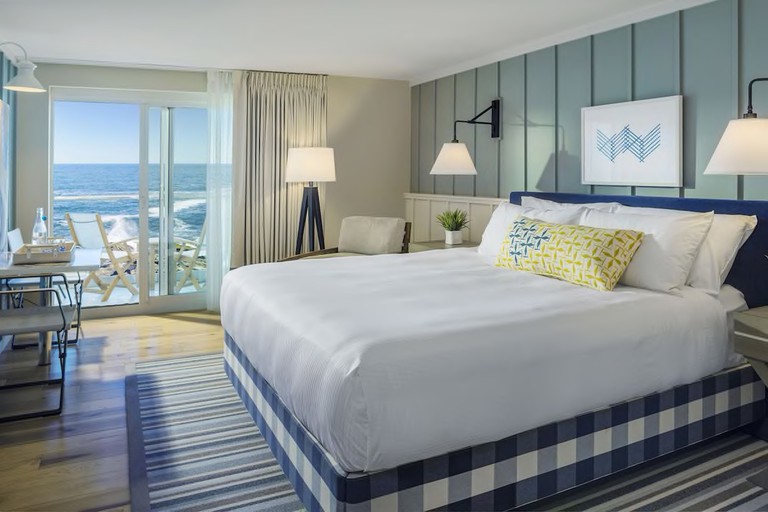 Courtesy of Cliff House Maine / Expedia
View Rooms
While the smart but homey rooms at this Cape Neddick property evince a modern, minimalist style, the origins of Cliff House go way back. Open since 1872, the hotel has attracted New England’s high society since its inception. Today, it’s still known as a refined oceanside retreat, its perch above the Atlantic Ocean promising the same boundless fresh sea air and arresting views.
More info 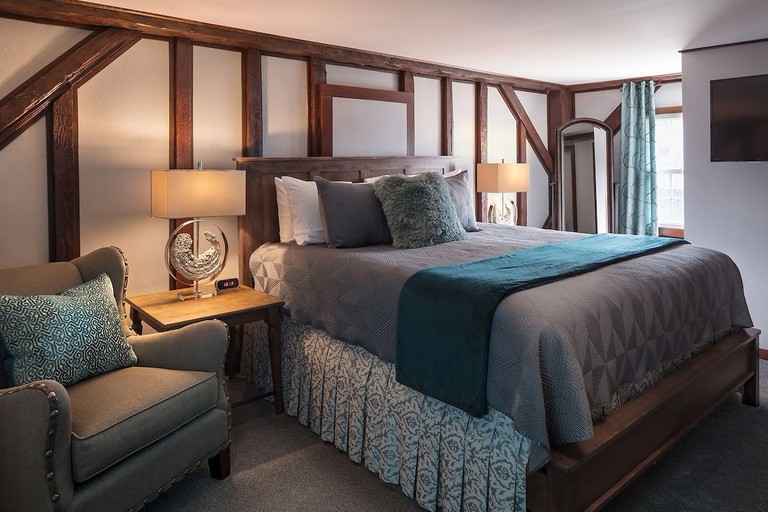 Courtesy of Captain Lord Mansion / Expedia
View Rooms
Step back in time in your plushly decorated room at Captain Lord Mansion. This former Maine sea merchant and shipbuilder’s house was completed in 1814 and has sat proudly on the National Register of Historic Places since 1973. The steady hands of current owners Bev Davis and Rick Litchfield have guided this storied home for more than three decades.
More info 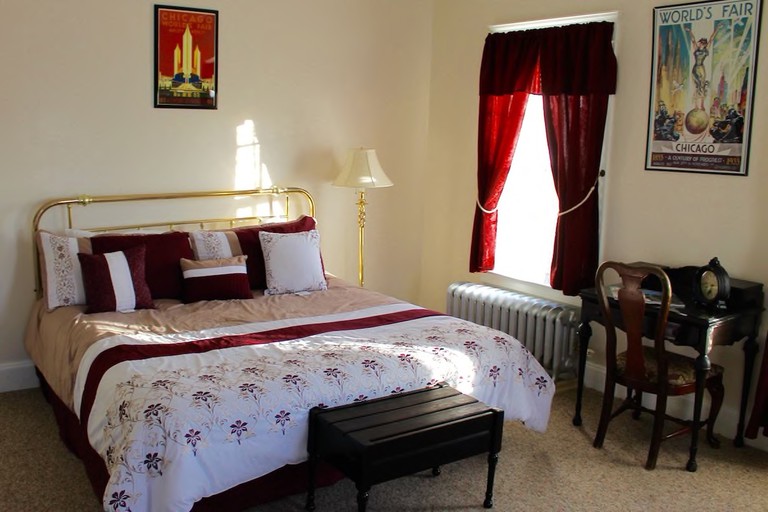 Courtesy of Herbert Grand Hotel / Expedia
View Rooms
Is there anything more synonymous with historic hotels than paranormal activity? According to the Maine Ghost Hunters, this Kingfield property is certifiably haunted. A hotel of some form or other has stood here, at the foot of the Western Maine Mountains, since 1830. The current iteration was completed in 1918 and renovated most recently in 2016. Guest rooms are freckled with original antique furniture and fixtures, including original cast-iron steam radiators.
More info 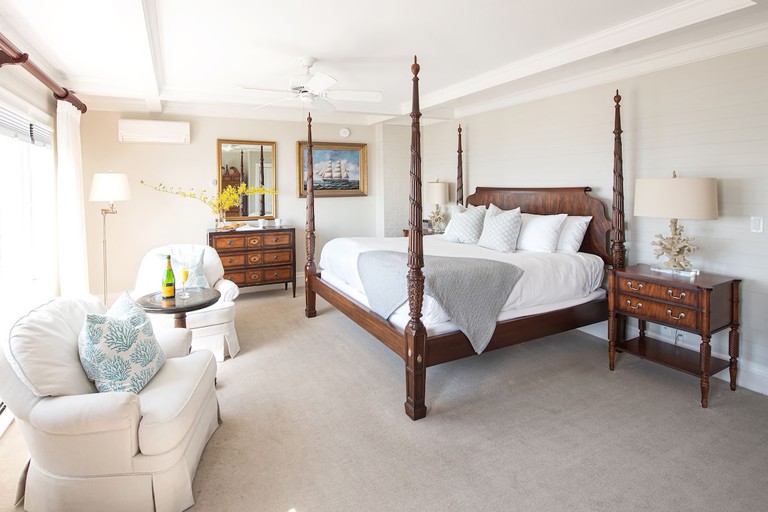 Courtesy of Cape Arundel Inn and Resort / Expedia
Book Now
Vacation at this Kennebunkport inn and you’ll be in good company – the Bush family has holidayed next door, at Walker’s Point Estate, since the late ’70s. Set within the Cape Arundel Summer Colony Historic District, an enclave of grand summer retreats that earned National Register of Historic Places status in 1984, Arundel Inn and Resort’s Main House was built as a summer cottage in 1895, and still oozes Victorian elegance.
Open In Google Maps
208 Ocean Avenue, Kennebunkport, Kennebunkport, Maine, 4046, USA
+12079672125
Visit Website
Give us feedback 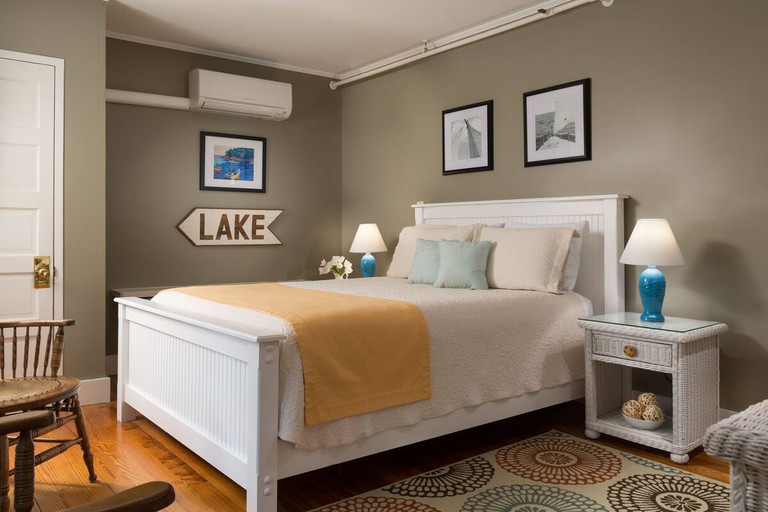 Courtesy of Wolf Cove Inn / Expedia
Book Now
A true chameleon, Wolf Cove Inn has shapeshifted through several different iterations: a summer cottage, a popular lobster restaurant, a brief dalliance as a filming location for TV series Route 66 and, as of 1996, an inn. Gracing the shores of Tripp Lake in Poland, Maine, there are just 11 guest rooms and a cabin here. Book a night in either the Winter Harbor Suite, the Casco Bay Room or the Penobscot Bay Room if you want to experience the original heritage building.
Open In Google Maps
5 Jordan Shore Drive, Poland, Maine, 4274, USA
+12079984976
Visit Website
Give us feedback 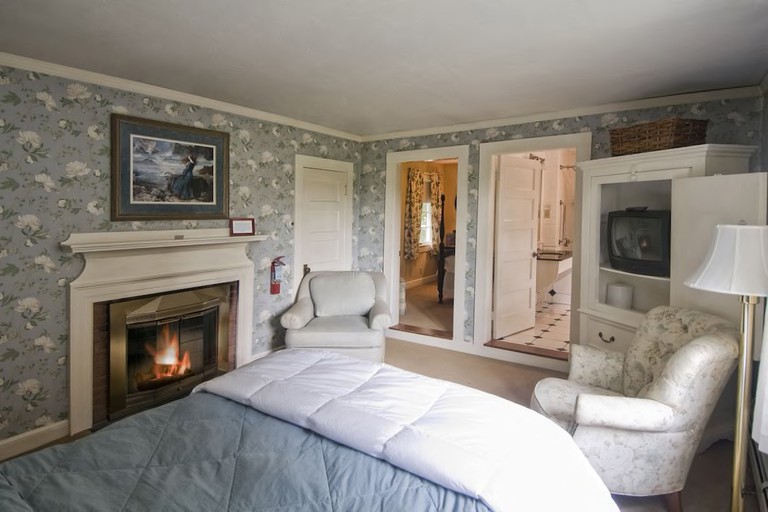 Courtesy of York Harbor Inn / Expedia
Book Now
Plump for one of six different historic lodgings at York Harbor Inn, including the Harbor Crest, built in 1730, the Chapman Cottage, completed in 1899, and the Yorkshire Inn, finished in the late 1700s. Even the bars and restaurants honor the property’s rich history: the Ship’s Cellar Pub, with its mahogany paneling and teal leather banquette seating, for example, is fashioned out of the old stables, and an original hitching post still stands outside its entrance.
Open In Google Maps
480 York Street, York Harbor, York, Maine, 3911, USA
+12073635119
Visit Website
Give us feedback

The Inn at English Meadows 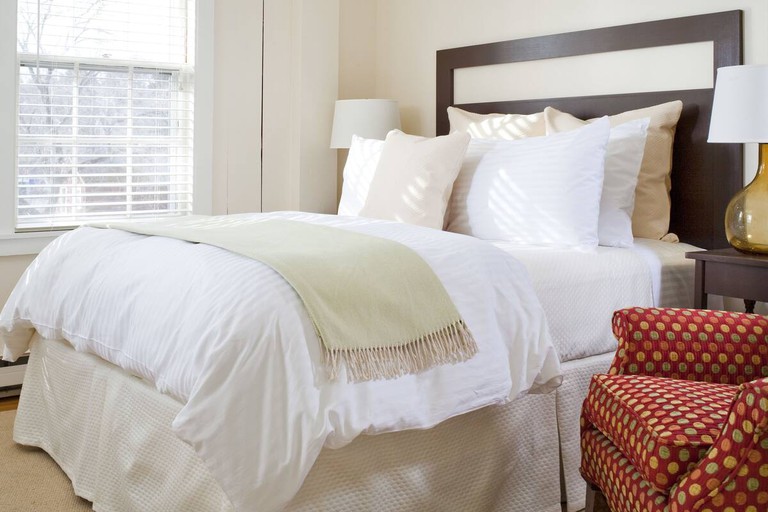 Courtesy of Inn at English Meadows / Expedia
Book Now
A mid-1800s Greek Revival-style home built by a local farmer, this Kennebunkport B&B is charming. Each of the 11 rooms and suites is individually styled with a refined, pared-back design. Inside, modern furnishings are paired with the home’s original moldings, and some of the rooms have their own fireplace. Outside, there’s a patio fronted by immaculately landscaped English gardens.
Open In Google Maps
141 Port Road, Kennebunk, Maine, 4043, USA
+12079675766
Visit Website
Give us feedback 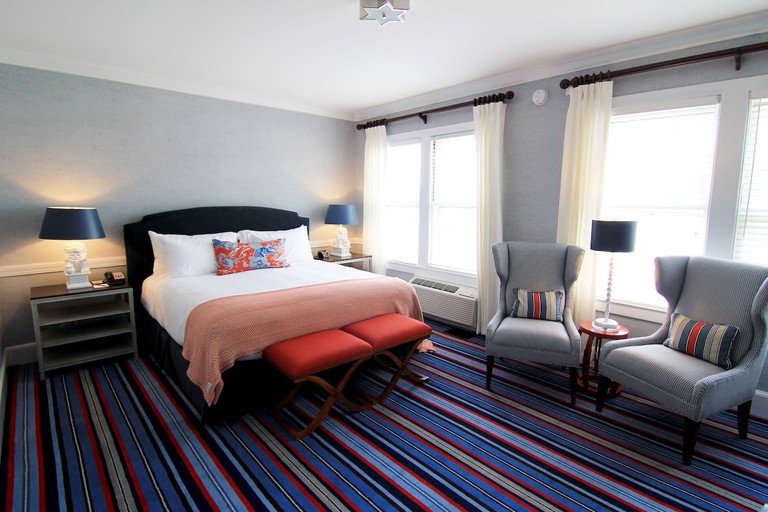 Courtesy of Kennebunkport Inn / Expedia
Book Now
Once a tea merchant’s mansion, this grand, brilliant-white weatherboard inn was built in the late 1890s. Located in the heart of coastal Kennebunkport, the house has been sensitively restored. While the original architectural features remain, guest rooms feature all the mod cons and have a clean, contemporary look. The Kennebunkport Inn is a great seaside retreat at any time of year, but come Christmas the team really dials up the atmosphere, decking out every room with tasteful Yuletide decorations.
Open In Google Maps
1 Dock Square, Kennebunkport, Kennebunkport, Maine, 4046, USA
+12079672621
Visit Website
Give us feedback
Give us feedback