The Coolest Neighborhoods in Portland, Maine 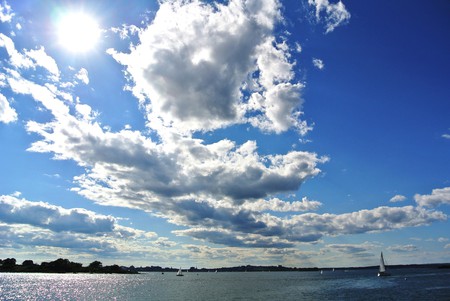 Maine’s heart does not sit in its capital, which is Augusta. Victorian villages, hipster hangouts and immigrant enclaves, Portland is a study in contrast. But regardless of where you go, there’s a blue-collar glue holding the sinews of the seaside city together that reveals itself in dive bars and dim sum, in breweries, brunch and community gardens.

The city is roughly divided into two physical regions: the hip peninsula and family-friendly inland. The following seven distinctive neighborhoods give Portland its flair.

As the sound and color of the city, this is Portland’s concentrated drinking, eating, and making heart. The Old Port is a welcoming warren of cobblestone streets lined with brick bookstores, coffee shops, restaurants, museums, and galleries. It runs, roughly, from High Street to Franklin Street, and from Cumberland Avenue down to Commercial Street, Portland’s working waterfront. Good food and drink abound, but the likes of Fore Street and Hugos (conveniently close) are farm-to-table restaurants epitomizing the city’s culinary thinking. 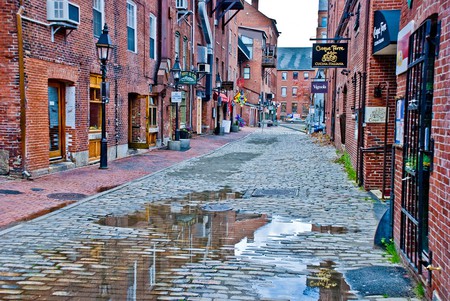 Portland is pinched at the mainland on one side by Back Cove, a neighborhood ringing a tidal basin (you can—almost—walk across the mud flats when the water’s out) at the city’s north. A running and cycling trail that connects to the city’s eastern end runs alongside the water. Away from the hustle and bustle of the city, Back Cove is mostly known as the start of suburbia, where quiet residential streets stretch in radials inland. Brightly colored Victorian apartments and single-family homes with Volvos parked alongside charming gardens meet here, just a short drive from downtown. 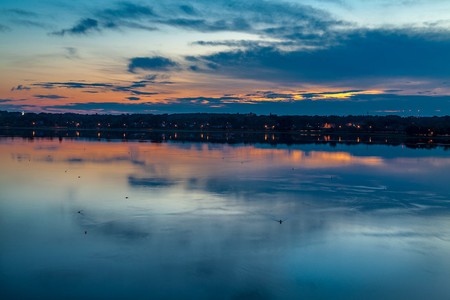 Still spoken of in ill tones by the state’s older generations, Munjoy Hill has shrugged aside its gritty reputation to rival the West End as the city’s most spectacular neighborhood. Glorious sun-dappled mansions and tidy walk-ups along the Eastern Promenade infuse a touch of class, while rapidly renovating apartments (where a struggling artist may occasionally still find a good deal) are home to the creative class’ young kids. The Front Room and Hilltop Coffee Shop will restore the damage from the night before.

A hush settles the further you venture into the West End. Quiet but not sleepy, hushed but thoughtful, there’s more than a hint of reserved grandeur in the brick mansions here. If history is your muse, look no further than the Victoria Mansion, an elegant landmark that especially shines in the winter. Shaded summer gardens, tree-lined streets and tidily cared for single-family homes mingle respectfully with multi-family apartments. Historic homes front the Western Promenade, a short grassy walkway along a ridge overlooking the city’s historic Western Cemetery. 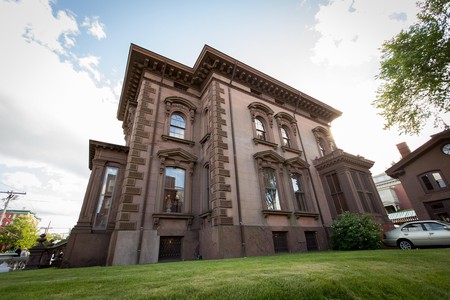 Just an 18-minute ferry ride from Portland, Peaks Island is the largest of several Casco Bay commuter islands and home to about 900 year-round artists, writers, teachers, and residents. In the summer, the island is full of day-trippers cycling through quaint streets lined with sea cottages and old-fashioned roses. There’s a pebbly public beach on the island, and the backside has uninterrupted views of the Atlantic.

Oh, Parkside. The home of Deering Oaks Park, a 55-acre grassy expanse of trees and ponds in the center of the city, still has a seedy reputation and consequently some of the peninsula’s cheapest rents. But the streets have cleaned up in recent years thanks to the Portland Farmers Market, Hadlock Field, prime access to nearby restaurants such as the Holy Donut and Local 188, and the city’s college students being pushed into its apartments.

Industrial chic still shines through this hip neighborhood, where Somali families and punters oscillating between brunch and breweries brush by. No fewer than four breweries and distilleries call this area home, as do immigrants living in the city’s largest public housing complex. Once riddled with violence, East Bayside is no longer even an underdog: its day is here, floating on the backs of Rising Tide Brewery, access to an urban trail system and—that horsemen of gentrification—Whole Foods. 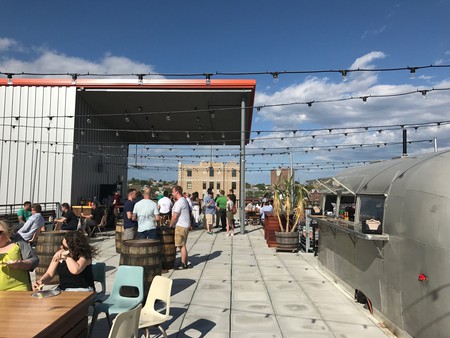 Food truck outside Bayside Bowl | © Kate/Flickr
Give us feedback