The Best Places to Stargaze in New England 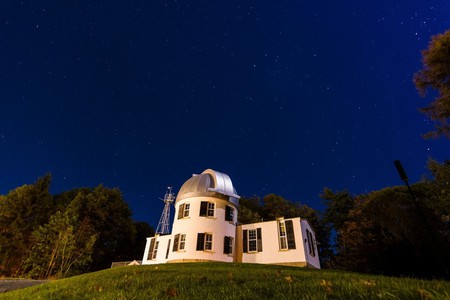 Bucolic by day, New England’s rural stretches are stargazing playgrounds. Sure, there’s more humidity than the southwest, but for those who can’t get to the desert, the northeast is dotted with dark sites with no light pollution. Since many of the best sites are at or near parks and protected wilderness, star gazing in New England can be paired with other activities, like hiking and camping. These best sites for stargazing will convert you into a night owl.

The view is just as spectacular when the lights go down in Acadia National Park. One of Maine’s eastern-most points is arguably the best place to watch the heavens pass. The sea breeze keeps the skies clear and the national park cuts down on any light pollution. Popular spots include the summit of Cadillac Mountain, the site of the annual Star Party (not just telescopes, but talks and walks too). 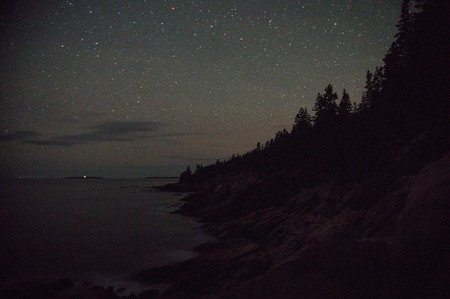 Set in the dark of northern Maine, this planetarium holds the Clark Telescope, an 8-inch lens built in 1900. Set in the University of Maine in Orono, the observatory is small but viewing the stars through an old telescope has a romance that can’t be replicated by gazing at stars through a monitor. Fans of modern telescopes need not worry: a second, 20-inch reflecting scope provides research-grade views through a computer. There are free public shows on Fridays and Sundays.

Set on a 3.5 acre plot in a 40-acre parcel, this observatory run by a group of local enthusiasts caters to everyone, beginners and pros. The draw is the Starfield Observatory, built in 2001; the roof can roll back to make way for the 16-inch and eight-inch telescopes, which allow unparalleled views of stars and galaxies. Kennebec is about an hour south of Portland, Maine’s biggest city, and the light pollution is low, especially in the winter. 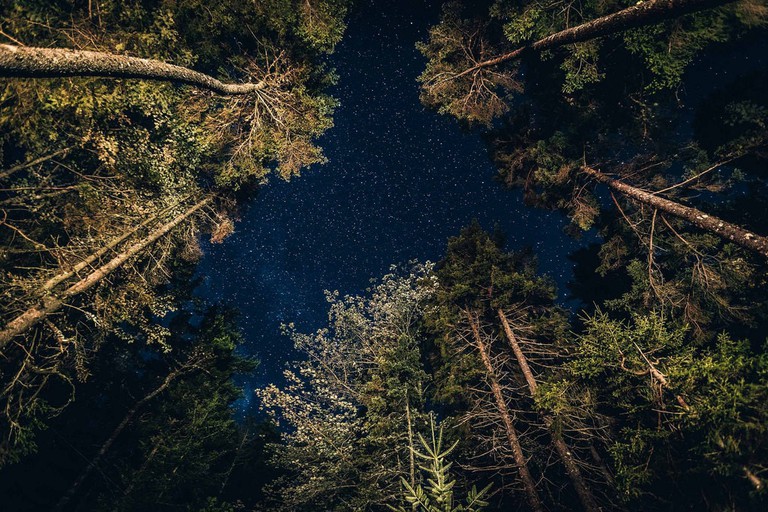 A Week in Maine | © Allagash Brewing/Flickr

Amateur telescope enthusiasts and makers gather once a year at this National Historic Landmark to show off their newest works and test them in a star-gazing competition. Known as Stellafane (“shrine to the stars”), this observatory and clubhouse on Breezy Hill in south-central Vermont features two observatories, including a 16-inch reflecting turret telescope built in 1931, and a more modern 13-inch telescope located nearby. The gathering is considered among the oldest in the world for amateur enthusiasts.

A newcomer to star gazing, this observatory set in rural northern Vermont is ideally suited for observation. Set behind an elementary school (they partner with local area schools), the foundation runs the Northern Skies Observatory, featuring a 17-inch scope that adjusts its direction with the earth’s rotation. 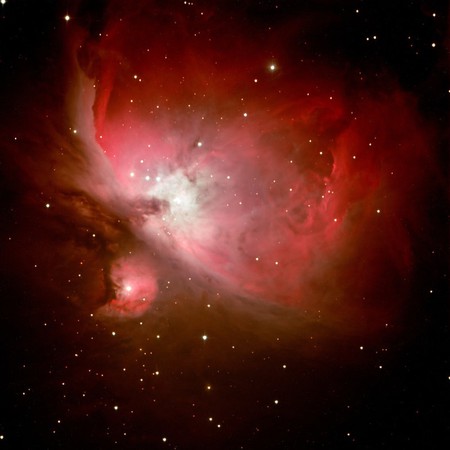 The Great Nebula in Orion | © Courtesy of Northern Kingdom Observatory

Five miles from the nearest streetlight, this observatory sits amid 60 acres of forest, reducing light pollution to the barest minimum. Surrounded by managed forests and parks in “Hidden Hills”, a slice of northwest Massachusetts, the club is membership-based but opens the center’s Gaertner Observatory to the public for marquee events. A true “dark sky” location, the center draws crowds on the weekends, when it sets up monthly public viewings.

The Appalachian Trail is perfect for celestial gazing. In New Hampshire, the Appalachian Mountain Club has trained guides who can not only walk you through the woods but also a field of stars, constellations and galaxies. Visitors at their lodges and huts can gaze through their telescopes at various points along the trail. Lectures are also held, on topics ranging from sun spots and solar flares to planet viewing and eclipses.

Sure, the weather is inhospitable to human life, but look at those views. Mount Washington, home to some of the coldest temperatures in the U.S. (its official motto is “Home of the World’s Worst Weather”), is a stunning place to contemplate the heavens. Located in New Hampshire’s White Mountains, in the summer the mountain offers summer star gazing parties, which promise stunning photos of the Milky Way. You can hike to the summit, but stargazers lugging telescopes can also drive (the road is open May to October, depending on the weather).

Dartmouth College in New Hampshire isn’t just an ideal summer getaway, it’s also home to one of the east’s top astronomy programs. While researchers, faculty and students share use of the state of the art telescopes in Arizona, the public is encouraged to use the North Telescope in the Shattuck Observatory, free of charge. There, visitors can peer into the heavens through a 9.5-inch lens built in 1871. While light pollution is low, call ahead for weather conditions. 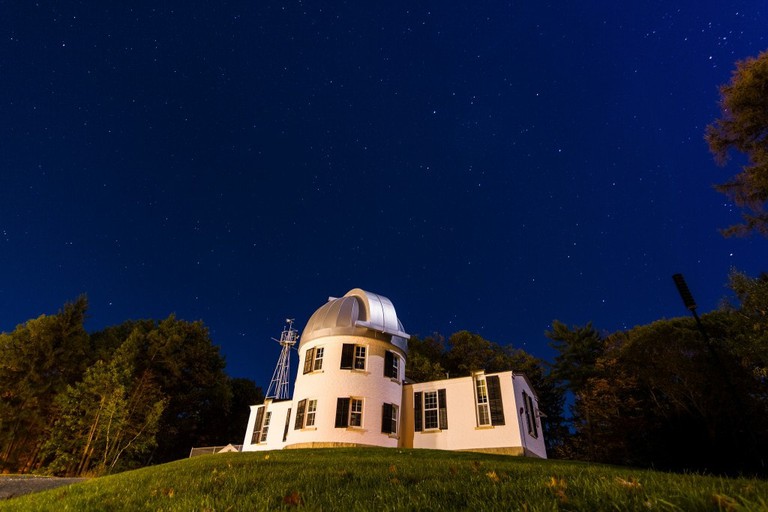 Park
Facebook
Email
Twitter
Pinterest
Copy link
Share
Map View
Come for the tower, stay for the stars. In addition mountain laurel, visitors to this state park near the Massachusetts-Connecticut border have unspoiled views of Norfolk and the surrounding area from a 50-foot stone observation turret. After night falls, take out the star map, as the park’s remote location means low light pollution. There’s no camping allowed, but the picnic tables, bathrooms and lack of a parking fee make it a great place to linger after dinner.
Open In Google Maps
Norfolk Historic District, Connecticut, 6058, USA
Give us feedback
Give us feedback