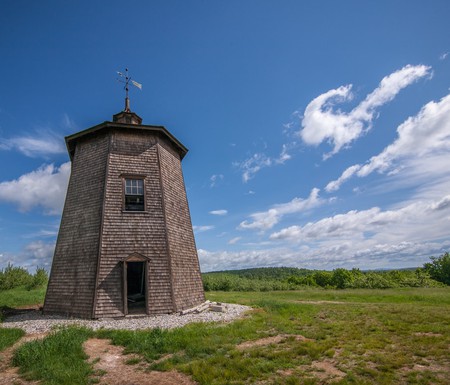 Think you know Maine? Have you visited all its towns? Far from the beaten path, we bet you didn’t know about this shrinking religious community whose furniture, artwork, and music is revered around the nation.

You’re more likely to focus on the orchards, which climb the slope of the hill and offer a striking foreground visual counterpoint to the yawning, tree-covered plain below than the buildings. At first.

The farmhouse and few related buildings nearby are interesting—well-preserved, even—but not unusual in Maine, where old buildings of a certain size speak to faded farming traditions waiting to fall down. 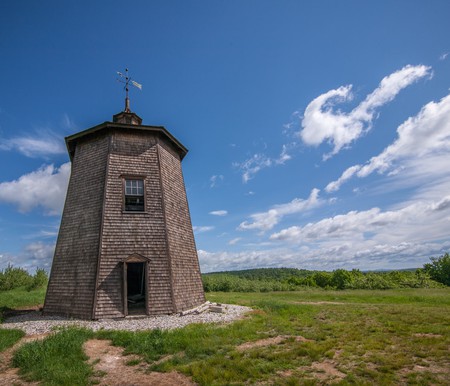 This is New Gloucester, an averaged-sized town as things go in central Maine, and outside the usual tourism circuit saving for skiers who stop for gas on their way from Portland to the slopes in the western mountains.

It’s here that a centuries-old way of life is dying, and has almost died out entirely. These orchards and farm buildings are the world’s only remaining active Shaker community, which numbers just two.

Established in 1783, the Sabbathday Lake Shaker Village—a religious community clustered around a pious life of religion, pacifism, and work—sprawls out over 1,800 acres, with 17 buildings.

Officially known as the United Society of Believers in Christ’s Second Appearance, Shakers are related to England’s Quackerism, having split off from that movement and settled to North America in the 1700s, fleeing Great Britain to escape religious persecution.

Practicing celibacy, the Shakers community comprises adult converts, and, as a result, their numbers are dependent upon volunteers to a life many would consider austere.

Their days consist of raising Scottish Highland cattle and a herd of sheep, growing vegetables and herbs, and tending to the apple orchard. During the summer, a museum, gift shop, and research library are open. 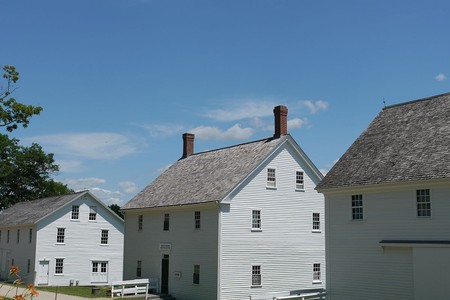 But the size of the Shakers isn’t to be confused with their influence: they’re also known for their recorded music, agricultural products, and furniture. They’re credited with inventing the flat-bottomed broom and circular saw, among other things.

A Shaker-made bench or chair is considered an heirloom, a piece of furniture of unparalleled craftsmanship to be passed down generation after generation—even if the Shakers themselves won’t be.

Early last year, Sister Frances Carr, one of the last remaining members of the nearly-extinct religious group, died at age 89 after a battle with cancer. She left behind just two other members, Brother Arnold Hadd, who’s 61, and Sister June Carpenter, aged 79.