The Best Movies You Didn’t Know Were Shot in Maine 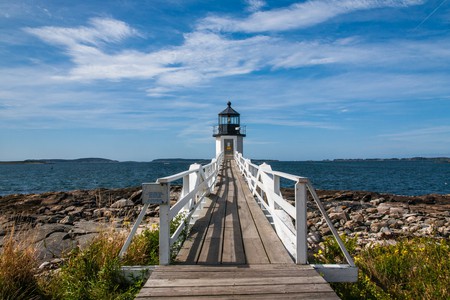 Travelers and tourists aren’t the only ones to notice Maine’s gorgeous scenery. Maine has been the backdrop to films for years—even ones you’d least expect. Curious to see what was made in the Pine Tree State? Below we list the most notable films ever shot in Maine.

Based on the comic books and cartoons Casper the Friendly Ghost, this 1995 movie made $288 million at the box office. Lesser known is the fact that the movie was filmed in Camden, a popular town with tourists come summer. The movie was set in nearby Friendship, and cost $55 million to make.

Based on the 1985 novel of the same name by John Irving, this Academy Award-nominated drama was filmed on Mount Desert Island. The story follows the travels of a young man who grew up in an orphanage after he decided to leave home and see the world. Parts feature Acadia National Park and Bernard, with Charlize Theron starring alongside the likes of Tobey Maguire, and Michael Caine who, along with Irving, took home an Oscar in 1999.

Sure it was. The moving and critically-acclaimed tale of a, how do we say, slower Southern boy and his unlikely globe-trotting travails that touch the zeitgeist of different eras was, briefly, shot in Maine. Tom Hanks, who won best actor for the 1994 movie, ends his jog around the country at Marshall Point Lighthouse in Port Clyde.

Surprised? The movie about a magical game that transforms the world around its unwitting players was shot, in part, in Maine. This 1995 fantasy staring Robin Williams made a quarter of a billion dollars at the box office. Scenes surrounding The Parrish Shoe Factory (Williams’ character’s father’s shop) were filmed in the 1861 Olde Woolen Mill in North Berwick, and other scenes were filmed in Kennebunk.

Another film that grossed over a quarter of a billion ($295 million), Shutter Island—based on the Dennis Lehane thriller of the same name—is director Martin Scorsese’s adaptation of the story of the escape of a brilliant murderer from an insane asylum. This psychological tale stars Leonardo DiCaprio, and while many of the scenes were shot elsewhere, the climb up a coastal rock face was filmed at Acadia National Park.

Stephen King’s books are constantly being adapted for TV or the big screen, but really only one was ever shot in Maine. Pet Sematary (about, as you might have guessed, undead Fidos and Pusses having a bark with their owners in the afterlife) was shot in in Bangor, where King’s famous gargoyle-gated mansion is located. The movie grossed a mere $57 million, but features a cameo from the king of horror himself.

Message in a Bottle

Popham Beach in Phippsburg served for the beach scenes in this 1999 romance movie, about a heartbreaking love letter that leads a journalist to track down its author. Though set in the Outer Banks of the Carolinas and Virginia, the movie was moved to Maine after officials objected to some of the scenes and refused permission to shoot there. Too bad: the film grossed $189 million, drawing actors Kevin Costner, Robin Wright, and Paul Newman.