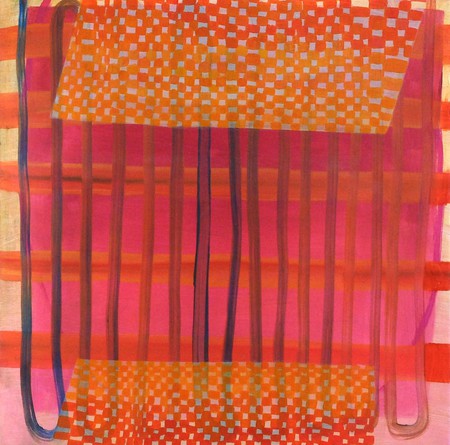 For decades, Maine has been a summer refuge for city escapees, who’ve bought homes and helped spread the bucolic, sea-faring tropes of the state’s residents. While Wyeth and Homer hang in galleries renown, today’s artists have the future in their sights, exploring the state, art and everything in between with their works. Here are 8 emerging artists from the northern state to keep an out for.

During a 2015 Manhattan show, New York Times art critic Roberta Smith described surrealist painter Sascha Braunig‘s work as “concentrated, hallucinatory celebrations of light, color and space.” Braunig, who lives in Portland, often takes her “small portable paintings” elsewhere. In spring 2017, MOMA PS1 in New York City featured 20 works made over the past five years , which the gallery described as updated visions of the “distorted bodies that litter the histories of modern painting.” Braunig, who has displayed in numerous solo and group shows from Wisconsin to Paris, France, told an interviewer that her works feature “tension between their lifelessness and possible lifelikeness.” 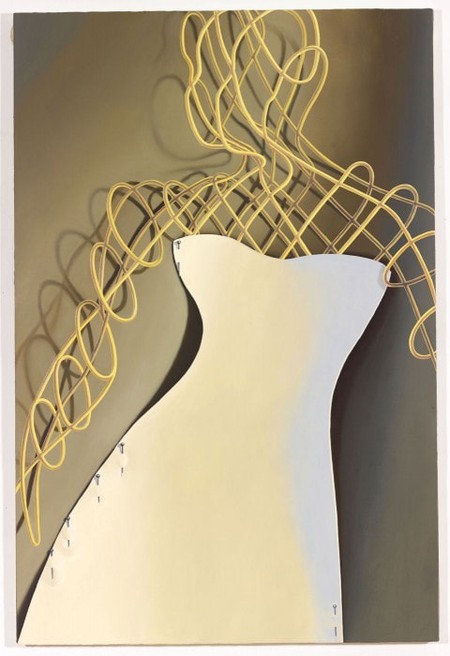 While many successful artists move to Maine for inspiration, Beth Kleene was born along the state’s blue collar coast in Belfast, where she has stayed and is now a teacher at the Maine College of Art in Portland. Kleene’s paintings, which combine recognizable images and abstract elements to create what she calls “absurd visual jokes, puns, and paradoxes,” have been featured from Seattle to Poland. 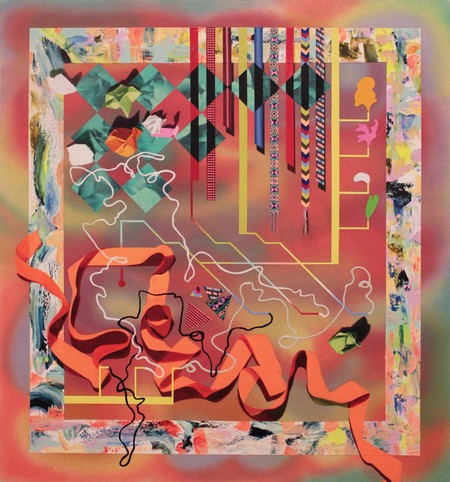 It’d be normal to think artist Elizabeth Atterbury doesn’t know where things belong. Her works (mostly photographs, lately sculptures as well) feature recognizable objects dissociated from any discernible context. Resulting images leave viewers mystified and stranded, wondering where function and abstraction intersect—and what it means.”I am interested in distinctions or lack thereof between artifact, prop, model, and sculpture,” Atterbury told Art Space. Perhaps less confusing has been reception of her mature work, which has been featured in solo shows from Maine to Chicago to New York.

In Emilie Stark-Menneg‘s works, color and wit combine, shine, and quickly dissolve. Whether it’s photos, videos, or whatever medium comes to mind, Stark-Menneg’s work never lulls, though it sometimes tricks viewers into—at least at first—believing the art is as childlike and vaporous as its colors. Beneath, however, are powerful looks at Maine’s summer culture; genuine, warm depictions of her partner; and an excuse to indulge in nostalgia. Unsurprisingly, her work has been featured at the Portland Museum of Art, Boston’s kijidome, and various New York City galleries.

Splitting her time between the Maine and New York, painter Kathy Bradford‘s simple images belie the powerful emotions they evoke: fear, wonder, joy, vulnerability, and melancholy. An unearthly—at times ghastly—light seems to emanate from her works, which dreamily show bicycle riders, ballet dancers, and swimmers in unrecognizable places on earth, underworlds, or outer space. Her work is represented by CANADA and other New York galleries, and she serves as an art critic for Yale.

Painter and sculptor Brendan Shea makes works conscious of their own creation: “This emphasis on material makes my imitation of baseball, not just a baseball, but a baseball that is aware of its construction,” he explains. A recent Maine College of Art graduate, Shea’s painting and sculptures—including a dreamlike painting of hands almost grasping as stars float above—have been featured around New England.

A Maine College of Art graduate, Meg Hahn experiments with color, form, and line in her paintings. Drawn to the relationship between irregular forms and odd color combinations, Hahn attended the prestigious Monhegan Artists’ Residency and Hewnoaks Artist Colony in Lovell. She currently works as gallery manager at Border Patrol, a new Portland space.

Visual artist, front man for punk band Hi Tiger, and founder of Hung Magazine, Derek Jackson has been described in complimentary tones as “anti-Yankee”—apt, as his bold, assertive, direct, and guiltless exploration of taboo topics is often at odds with New England’s rituals of shame and privacy. Intimate and body positive, Jackson makes risky art rarely seen in Maine, which is more commonly associated with serene images of seas, fields, and mountains.