11 Christmassy Things to Do in Portland, Maine 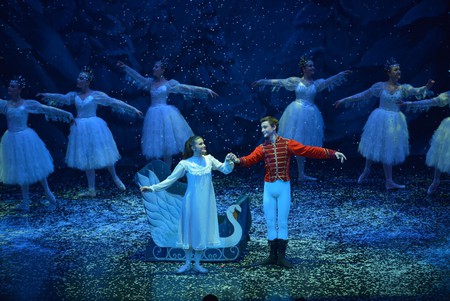 Throw a blanket of powder down, and Portland, all brick and cobblestone, comes into its own charm. From classic ballet and ice sports to time travelling and boozy twists, find out the best Christmastime things things to do in Portland.

Sing along with the Portland Symphony Orchestra

Most cities feature a Christmas music extravaganza—what sets Portland’s Magic of Christmas apart is the interchange between orchestra and audience: singalongs, children plucked from the crowd to conduct, and a willingness to experiment with visual performers. Hearing favorite carols will put you in the perfect mood to pool outside into the wintry night air to keep the holiday magic going.

When skies gray in winter, locals break out sleds and zoom through fluffy powder down the Eastern Prom‘s steep slope. Casco Bill, a beautiful hill with views over the blue Atlantic, is usually uncrowded in winter and offers boundless sledding possibilities.

Portland has no shortage of great cocktail bars, and sipping egg nog while overlooking the cobblestone streets is a great way to warm up to Christmas. Few places do cocktails as well as Hunt + Alpine, where Nordic themes meld naturally with the wintry season come Christmas. Woodford Food & Beverage pours a good egg nog, and North Point offers a cozy location to stow away for hours. 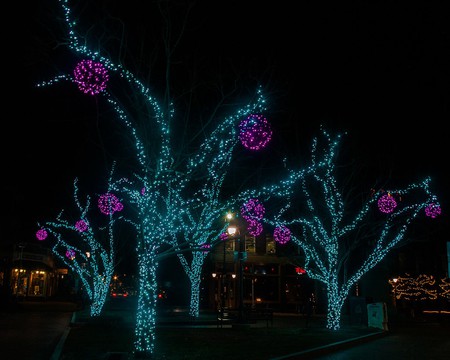 Old Port has no shortage of places to shop and, on December 7, no shortage of time either. Merry Madness Shopping, Portland’s annual shopping bonanza, sees boutiques and craft stores leave their doors open to 10p.m. or later, perfect for last-minute shoppers. Plus, between 4–6p.m., shoppers can receive a goody bag of snacks and a wine glass, good for a complimentary pour to stay fortified through the long night ahead. 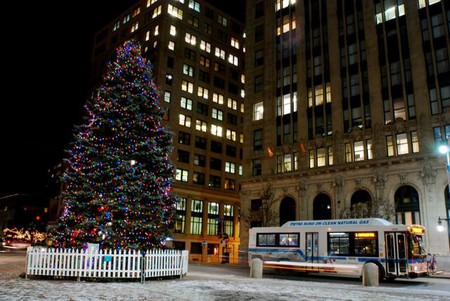 Enjoy a quintessential northern pastime once the pond at Deering Oaks freeze over and become popular skating rinks. Grab several friends and carve figure eights, or join a game of friendly ice hockey. Come prepared with your own skates, or stop at Maine icon Reny’s for a cheap pair.

With drink names like Lumbersexual, Just Beet It, and Rye So Bitter, it’s clear Vena’s Fizz House takes its cocktails mock-seriously. This Old Port beverage barn is quickly becoming renown for its quality concoctions. Overlooking one of the city’s more scenic brick-and-cobblestone vistas, the bar offers family-round respite from the cold: craft soda for the kids and something stronger for the adults. Warm up body and soul with spins on wintry classics like a Spiced Pear Sidecar or Here Is My Stout (an infusion of bourbon, lemon, and armo in beer).

Already a historic gem, Christmas sees stately Victoria Mansion transform into a winter palace. From late November to early January, polished wooden balustrades are adorned with tinsel, expansive rooms with lights, and Christmas trees with seemingly more ornaments than pine boughs. Step into the Victorian era and stumble into that magical Christmas feeling with a tour through this Portland icon.

Watch (or ride) the Christmas Boat Parade of Lights

Fireworks fizzle over the Portland Harbor as a steady procession of sailboats decked in Christmas lights and steered by Santa glides along the water. Grab a seat at a restaurant—many throw special parties just for the event—or buy a special ticket aboard Casco Bay Lines, which cruises around the harbor for a special viewing (which sells out quickly, so book early). 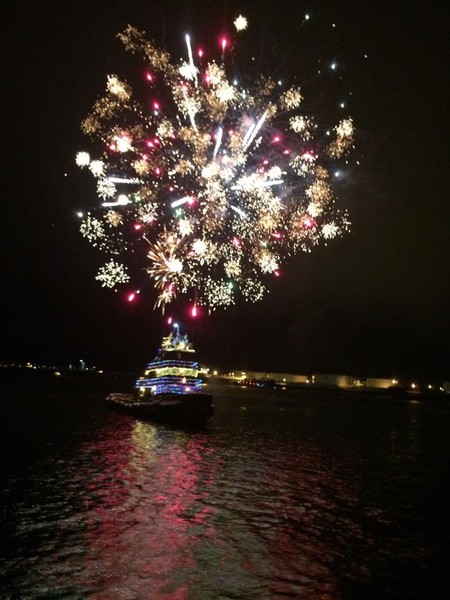 Fireworks at Christmas? In Maine | Courtesy of Sail Maine

Running and beer might seem like a recipe for a stomachache (or the world’s slowest joggers), but every year, hundreds of locals don their Christmas costumes and hit the trails for this 5K race. The secret to their success? Beer and brunch come after the race, which is held rain or shine run along Portland’s Eastern Promenade to RíRá‘s Irish pub.

Choose between a ballet or burlesque Nutcracker

Sugarplum fairies and enchanting Christmas magic feel somehow more authentic in Maine, where the set and landscape are hard to distinguish. Take the family to the Maine Ballet Nutcracker holiday show (late November–early December) for a classic time out, or opt for something a little seedier at a burlesque riff on the ballet, in which Clara is a waitress at a biker bar. The latter is extremely popular, and performances (December 15–17, 19–21) sell out every year. 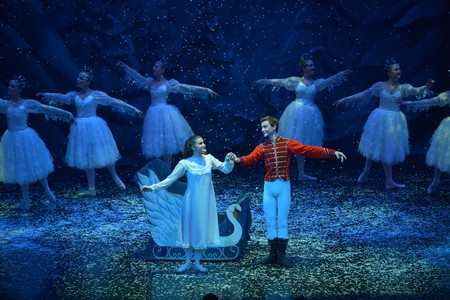