10 Reasons Why Everyone Should Visit Maine 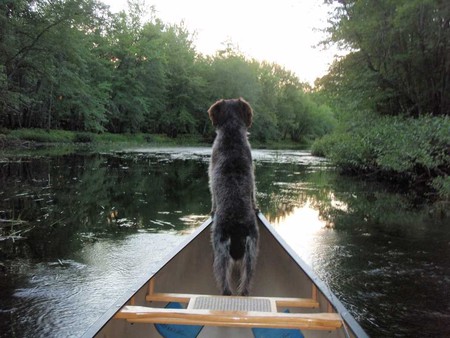 The tourism bureau gets this one right. Maine – rocky shores, splendid isolation and enough hiking and biking to keep the family busy – has it all, whether you want water (ocean or lake) or mountain. Visitors will appreciate the state the most, by doing as Mainers do: packing a picnic and immersing in the landscape, or packing a week’s worth of supplies and heading out on treks into the wilderness that’ll be remembered for a lifetime. Here are our top ways why you should make the trek north.

Everything To Do With Acadia National Park

If you could cram the highlights of Maine – hiking through a bucolic landscape, rural retreats, stunning stoic coastline, small fishing villages and great food – all onto a island, wrap it in the protective bosom of a national park, and permit the wealthy to erect secret “cottages” along the rocks, well, you’d have Acadia National Park. It’s still possible to feel wild here, amid the ice cream shops and slow-moving minivans, to experience a kind of raw thrill of adventure, whether you’re biking, climbing cliffs, summiting lonely peaks, or taking a lobster boat to the small islands offshore.

Acadia should top your list of places to go and see, whether you’re daring the Precipice Trail or watching the sun rise over Cadillac Mountain, or simply enjoying the villages of Bar Harbor and Somes Sound. 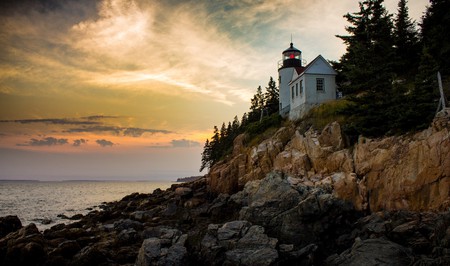 … Or Blueberries, for that matter. Eating is a hallowed, sometimes rushed, often savored team sport here. Maine is full of talented chefs and seemingly more restaurants than a state of this size needs. That’s in part due to Mainer’s love of food, whether they’re drawing from ocean, harvesting from field, or hunting from forest.

The state boasts James Beard winners like Eventide Oyster Co., Duckfat and 555, as well as more farm-to-table restaurants than it knows what to do with (Primo and Fore Street). Accolades aside, its lobster shacks, diners and everything in between will keep you full, or more likely needing to hike, bike and swim. 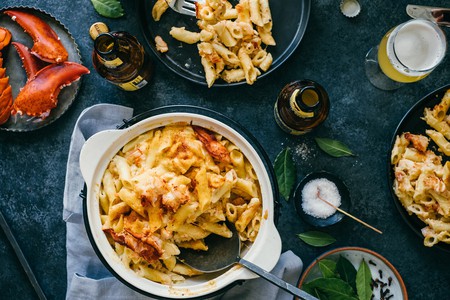 Maine has been an outdoor mecca for 200 years and has more forests now than in the 1800s: roughly 90% of the state is covered in trees. Where the forests end, lakes, mountains and the ocean begins. Whatever your motivation, unplug, get away, go off-grid, Maine has an option. There are unspoiled lakes to which no road leads, some 4,600 islands offshore, and the northern end of the Appalachian Trail.

You can stay in a tiny house on a deserted bend of a forested river, or stay in the trees themselves, or find peace in a mountain yurt.

Winter covers Maine in cold and snow from November seemingly through May (okay, not really), and the slopes are making snow for almost as long, meaning the state’s western mountains are playgrounds for skiers and snowboards on the east coast. Famed trails at Sugarloaf (2,820 vertical feet) and Sunday River are premier destinations for winter recreationists, while Shawnee Peak, Black Mountain and Mt. Abram draw a loyal contingent keen to avoid the lines. 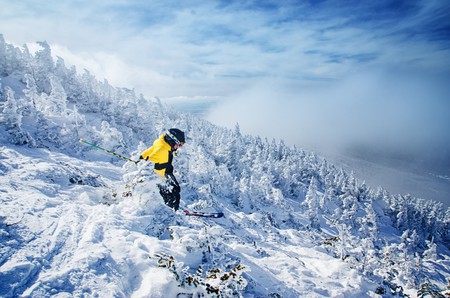 Islands are some of the most beautiful and serene getaways Maine has to offer. The landscape’s beauty, the logistical hardships and the close ties the two forge, encourages a slower pace of life you’ll quickly slip into.

But island living is about culture and the personalities met along the way. The industrious romance of living on a Maine island can make the journey intimate if you’re less of a tourist and more of a guest. While islands in Casco Bay (reachable by ferry) will appeal to day-trippers from Portland, the further north you venture (to the likes of Deer Isle, Stonington, Beals) the more the surrounding community – think fishers, farmers and lobstermen – is entwined in the daily ebb and flow of life, and the more you will be too. 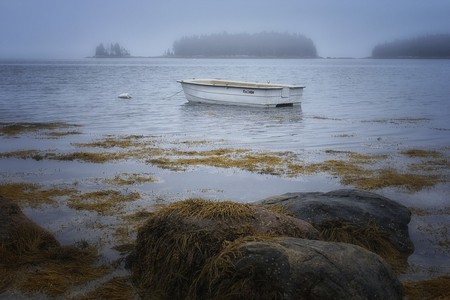 Maine’s largest gorge, Gulf Hagas, is known as the Grand Canyon of the East. One of the most unique and spectacular sights in the state, Gulf Hagas’ charm lays in the fact it’s not easily accessible: after fording a small river you have to hike in for several hours along the gorge’s rim trail – a narrow path hugging the lip of the cliffs constraining the Pleasant River as it falls several hundred feet. Highlights include the geologically unique screw auger falls, where rushing water plunges attractively into trout-laden bowls. You’ll find few other hikers on the trail, making it one of the few truly stunning, empty hikes in Maine. 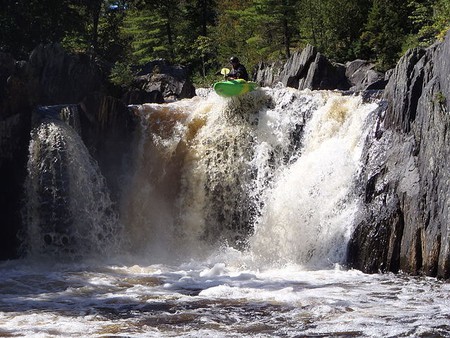 People discuss the Allagash as though making a once-in-a-lifetime spiritual journey, and it’s easy to understand why. Maine has more forest than any other state and the Allagash Wilderness Water is its longest stretch. The waterway refers to a chain of lakes and river running unspoiled by house, road or people and protected from development, preserving it as a time capsule unlike any other in the Northeast.

The best way to see the Allagash is by boat: outfitters will drive you to the embarking point and meet you later: one day or 10, the choice is yours. There’s camping along the shores, and the fishing is as spectacular as you’d expect. 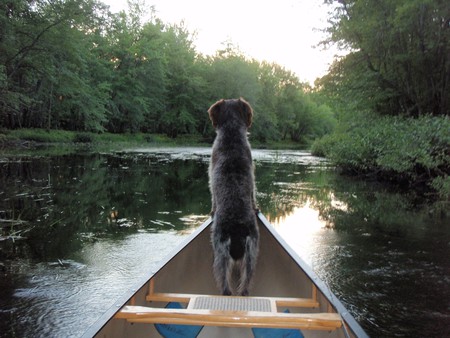 Maine’s largest mountain rises seemingly out of nowhere, in a vast track of land known as Baxter State Park that’s surrounded by forests and not much else. Which is perfect as hiking Katahdin is a journey. Its distance from anywhere makes it a trek, but the difficulty of summiting the mountain (it’s a full days hike) heightens the experience. At the top, the Knife’s Edge will test your resolve, but the rewards are 360-degree views of what feels like the entire state. 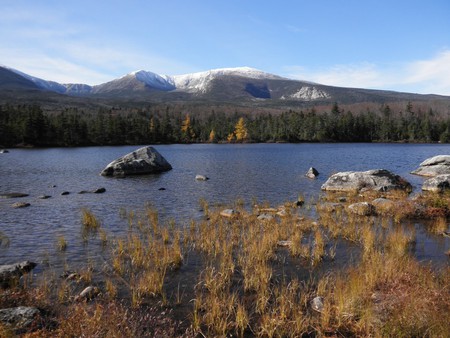 Maine’s biggest city is a misnomer. Spend any amount of time in Portland, and you’ll realize this is a series of small villages united by brick, cobblestone and sea. Portland is a can’t miss location: sights, shopping, with fine food and friendly people. It is Maine’s interpretation of what a city should be, an urban landscape infused with the small-town appreciation for a slower pace of life.

Do the Old Port, an arts district of charming streets just up from the water, and walk the Eastern Promenade to the Back Bay, which has unparalleled views of Casco Bay. 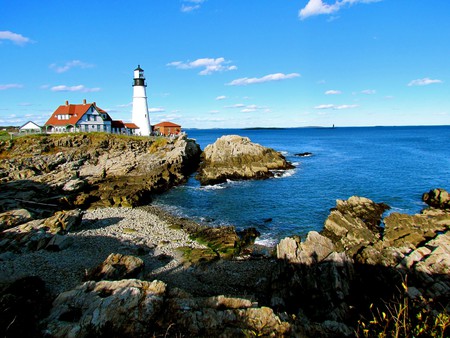 Come to Maine for Mainers. While the state’s official slogan is “Dirigo” (Latin for “I lead”) ask anyone from here and you’re likely to hear something different: “Welcome to Maine, now go away.”

It’s meant in jest, partly. Maine’s best feature is its people, who have a complicated relationship with the state’s biggest industry: tourism. People here don’t dislike vacationers, but come August when the weather is hot and muggy and the coast has been overrun with people “from away” for three months, patience can run thin.

The antidote to this of course is to head away from the sights and meet “real” Mainers – or at least Mainers who aren’t employed in a customer service job. Farmers’ markets are a good place to start. Mainers are few and those who haven’t left are characters. Most people here have a second job and certainly a second life, whether they’re professional sled dog racers or retired explorers. The state’s small towns are beautiful and can smell of provincialism, but beneath it are retired experts and experts on retiring.