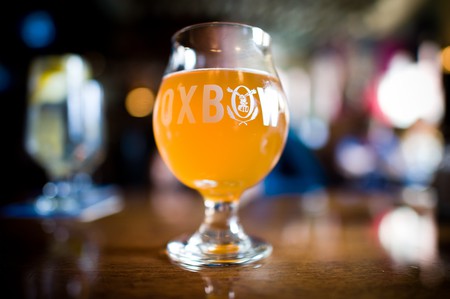 The northernmost state in the country has much more to offer the culinary curious than lobster rolls and blueberry pies. After a hard day of eating at some of the best restaurants north of New York, consider sipping suds at some of country’s most distinctive microbreweries and bars in seaside Portland. 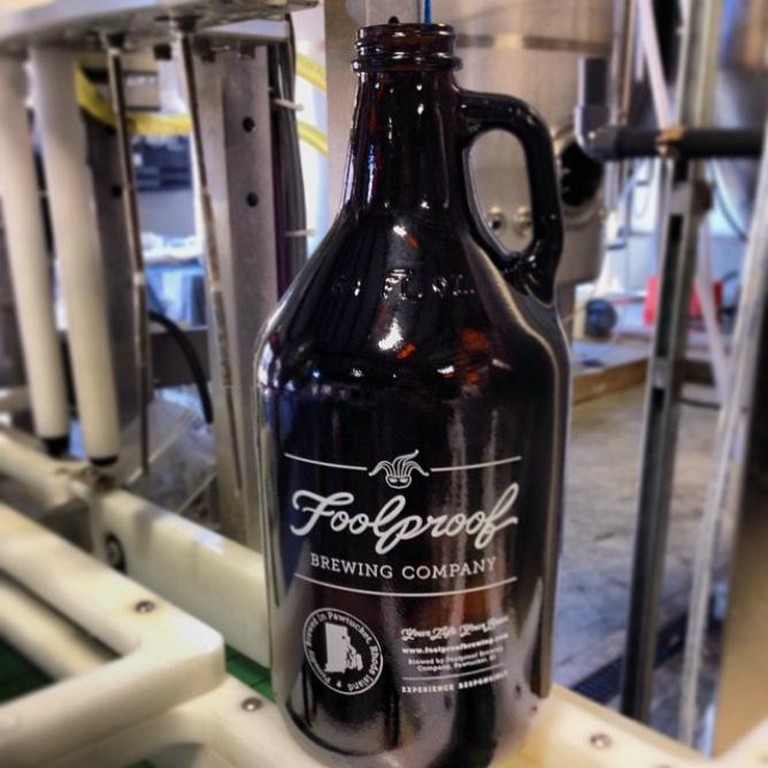 Allagash Brewing Company, Portland | Courtesy of Foolproof Brewing Company
Allagash Brewing Company may not be Maine’s first brewery, but many will say it’s the most beloved. Iconic and trendsetting, this brewery belts out Belgian-inspired beers both quaffable and engaging. Set just outside downtown Portland in a modern factory replete with wooden furniture handmade from their own barrels by local craftsmen, you can plunge into the nitty-gritty of brewing or just belly up to the bar overlooking the brewhouse. Make sure to visit the barrel room, a floor-to-oh-so-high-ceiling walk-in cooler where beers lay dormant for years undergoing alchemy. Steady choice: Allagash White. Bold pick: Curieux.
Open In Google Maps
929 North Russell Street, North Portland, Portland, Oregon, 97227, USA
+15032813333
Visit Website
Give us feedback

Brewery
Facebook
Email
Twitter
Pinterest
Copy link
Share
Map View
A cursory scroll through this Bayside-based brewery’s website tells you everything you need to know about what’s important here: first is a list of what’s on tap, followed by a calendar of which food truck will be parked outside on any given day for the next month (hint: Mexican tacos, farm- and sea-to-table staples and Thai street food). Set in the trendy east side of Portland, Rising Tide’s Daymark, their signature IPA, is a classic bomb of zest, while the head brewer issues a rotating seasonal list. Steady choice: Daymark, Maine Island Trail. Bold pick: Sou’Wester (check for availability).
Open In Google Maps
103 Fox Street, East Bayside, Portland, Maine, 4101, USA
+12073702337
Visit Website
Give us feedback

Brewery
Facebook
Email
Twitter
Pinterest
Copy link
Share
Map View
Not every brewery could change their name and weather the consequences, but Liquid Riot never broke stride when, for trademark reasons, it dropped Infinity Brewing Company a few years back. Instead, this Belgo-American brewery continues to serve some of Maine’s best beer right along the waterfront in the Old Port. Change is a constant as the head brewer retires one recipe only to create something fresh, and there’s something for everyone, from low alcohol, monk-inspired table beer to seasonal sours. Steady choice: Ka$h Money IPA. Bold pick: look for anything “kettle soured.
Open In Google Maps
250 Commercial Street, Waterfront District, Portland, Maine, 4101, USA
+12072218889
Visit Website
Give us feedback

Brewery
Facebook
Email
Twitter
Pinterest
Copy link
Share
Map View
Innocuously located behind an unmarked door on a back alley, don’t let the I’m-more-hipster-than-thou vibes fool you: Oxbow means great beer and bartenders who will remember your name, years after you first meet. What started as a rustic farmhouse brewery along the coast has expanded into a Portland east side staple serving beer inspired by the seasonal brews farm workers would drink while working the fields. The brewers showcase wheat and barley, but just as often highlight tart, sour and funky flavorings from yeast and bacteria (if you’ve ever heard the flavor “horse blanket” described and thought it not possible, go here). Steady choice: Farmhouse IPA. Bold pick: ask for something from their bottle collection.
Open In Google Maps
49 Washington Avenue, East End, Portland, Maine, 4101, USA
+12073500025
Visit Website
Give us feedback

Since the brothers started pouring beer four years ago, Bissell has gone from a much-hyped newcomer to an established phenomenon frequented by a steady mix of college locals and curious travelers. The brewery serves up big, murky, juicy IPAs in a refurbished brick warehouse near the water just outside downtown Portland. With lots of music, steel tap handles, machined-metal furnishings and plenty of spray paint, the brewery still exudes an intimate feel thanks in part to the owners’ soulful personal touches. Steady choice: Substance IPA. Bold pick: whatever’s rotating on draft.

Just “Novare” to locals, this dimly-lit, low-ceiling beer garden has been offering Maine’s best beer for almost a decade. A massive, Belgian-focused beer list is carefully curated by the owners who also own Liquid Riot, and features the best from Maine and abroad. Novare’s only knock is picking which two (or three, or four) beers to try in an evening before the bartender rotates to another gem. In the fall, the brewery welcomes Belgian sour beer masters Cantillon for a tap takeover unlike any other.

Bar, Pub, American, $$$
Facebook
Email
Twitter
Pinterest
Copy link
Share
Map View
Maine’s first great beer bar, the Great Lost Bear was here before craft beer was cool and doesn’t care. The bar has the hallmarks of a great beer bar—namely, 78 taps and counting—with none of the pretense. Set just outside Portland’s downtown, this unassuming pub serves up filling burgers, wings and burritos. The overcrowded bar is usually standing room only, so prepare for a wait or grab a table out back.
Open In Google Maps
540 Forest Avenue, Oakdale, Portland, Maine, 4101, USA
+12077720300
Visit Website
Give us feedback

Pub, American, $$$
Facebook
Email
Twitter
Pinterest
Copy link
Share
Map View
Take two concepts—the best sausage and the best beer—put them under one roof in downtown Portland, and wait: they’ll come. The Thirsty Pig started and has stuck to the simple promise of great food and beer in a dive-like, low-key pub setting. The pub stocks offerings from new breweries, and if you get sick of the indoors and the music, a big deck on a side street overlooks Portland’s nightlife.
Open In Google Maps
37 Exchange Street, Old Port, Portland, Maine, 4101, USA
+12077732469
Visit Website
Give us feedback 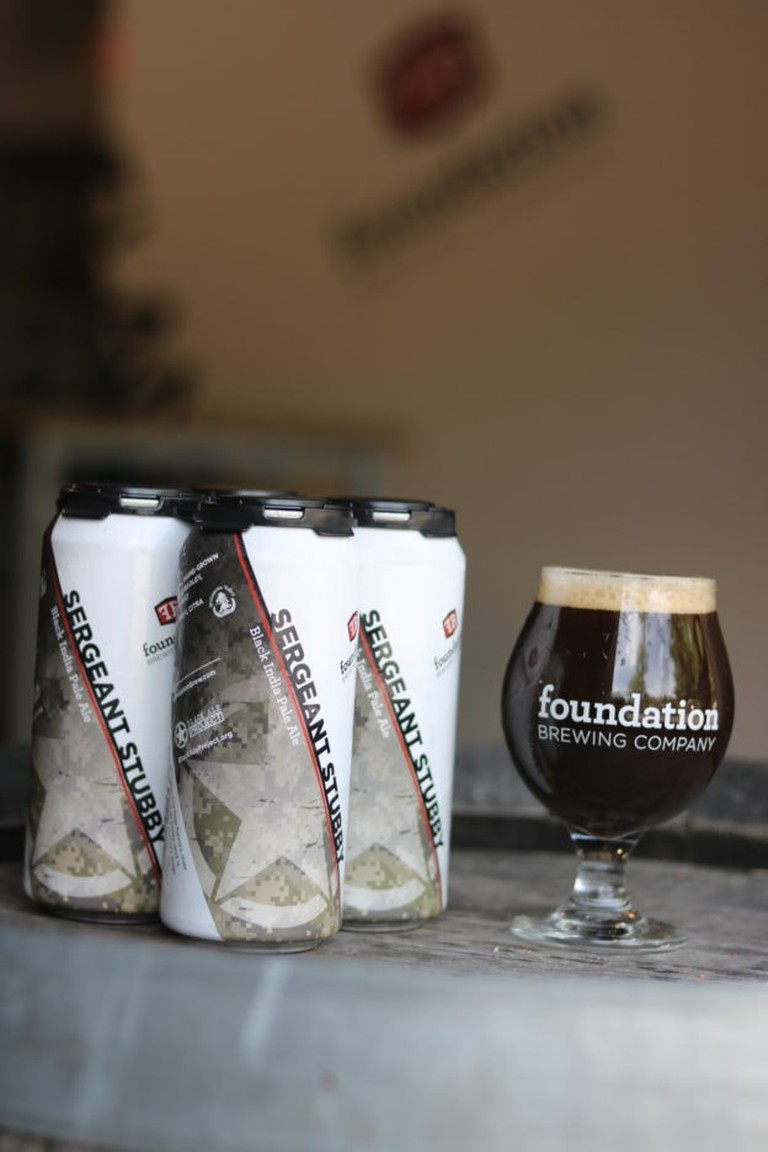 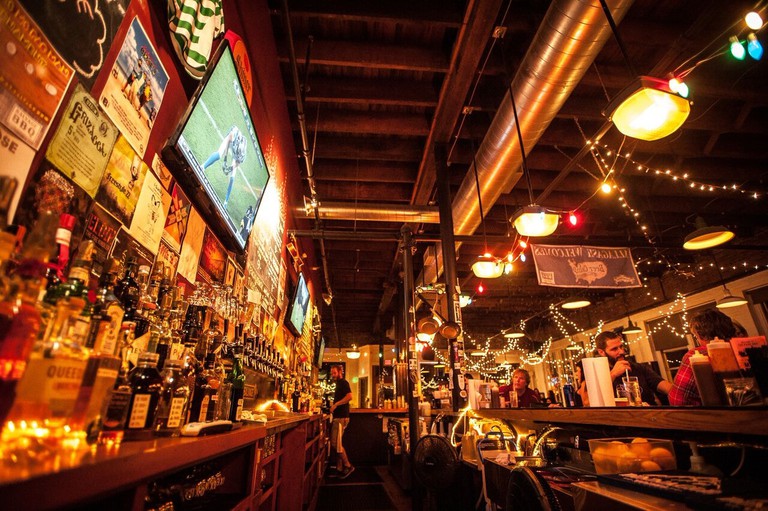 Salvage Barbecue | © Courtesy of Matthew Robbins
Beer meets barbecue meets a loft-like, sprawling open kitchen and bar. There’s a retro seating area, but most patrons head for the simple, long picnic tables stocked with homemade vinegar and hot sauces. Everything here comes in big portions: the slow-cooked pork, the Southern-style mac’n’cheese, the massive school trays everything is served on—even the napkins needed to clean it all up are offered up by the roll. Salvage is owned by Bunker Brewing Company’s owner, and always features an ample list of mostly Maine brews that can be paired with the menu.
Open In Google Maps
919 Congress Street, Valley Street, Portland, Maine, 4102, USA
+12075532100
Visit Website
Give us feedback
Give us feedback