Why is New Orleans Known as "The Big Easy?"

New Orleans received its official title in 1718 when the French, under the direction of Jean-Baptiste Le Moyne, founded the city and named it after Philippe II, Duc D’Orléans (a member of the royal family of France, who served as regent from 1715 to 1723). However, the origin as to how, or why the city earned “The Big Easy” nickname still remains somewhat obscure. Let’s see if we can’t make some sense out of it.

One of the most popular theories discussed over the years by locals points to the late Times-Picayune gossip columnist Betty Guillaud, who allegedly coined and popularized New Orleans’ undisputed nickname while chronicling the city’s peculiar lifestyle. During the late 1960s, Guillaud began using the term to contrast how different life was (and still is) in “The Big Easy” compared to “The Big Apple.”

Another common theory accredits New Orleans’ uncorroborated label to the city’s rich musical heritage. During the early twentieth century, due to the sheer number of performance venues, the city became nationally recognized as a haven for struggling jazz and blues musicians. From playing at parks and performing on the streets to booking private parties and nightclub appearances, The Big Easy was always (and continues to be) an open and supportive city that embraced an aspiring musician’s thirst for performing. Musicians could make a living by booking easy gigs while honing their craft at the same time. The nickname may, therefore, have been perpetuated through time to reference the ease in which New Orleans’ laboring musicians pursued their art. 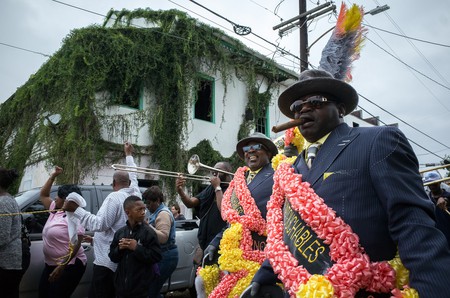 New Orleans is known for its parades and impromptu musical street performances, just one of the many ways musicians can get heard in the city. | © VeryBusyPeople / Flickr

Then there was James Conaway’s 1970 crime novel titled The Big Easy, which was turned into a 1987 national blockbuster featuring Dennis Quaid and Ellen Barkin. Ultimately, it pushed the term onto the nation’s vocabulary. According to the author, the phrase had never been penned to a published book until then. He argued that, while working as a police reporter for the Times-Picayune himself, he overheard two men chatting, and the phrase “The Big Easy” came up one night and it stuck with him.

Other possible origins have been attributed to the relaxed attitude New Orleans residents had toward alcohol consumption during Prohibition. The “noble experiment,” which ran from 1920 until 1933, was pursued to limit social problems, crime and corruption; however, the national banning of alcohol in America never quite made it to NOLA. Down South, and perhaps more than any other city in the country, people who wished to enjoy a drink continued to have a very active nightlife because of the city’s many hotspots and inconsistent enforcement of the drinking-law. The term might have been coined to credit how one could wander down the street with an open container filled with booze without getting in trouble. This is all in keeping with the New Orleans tradition of letting the good times roll!

The nickname’s origin, among the many in circulation, may never be deciphered; however, the city’s easy-going, laid-back attitude toward anything life-related could never be disputed. What is guaranteed? That “The Big Easy” is a synonym for the city’s spirit; that it defines how folks in New Orleans embrace life; and that people here do things their own way, without ever fearing judgement. 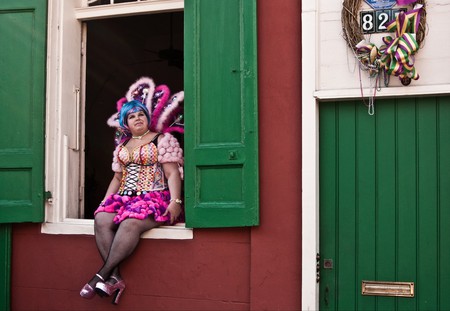