Where to Celebrate St. Patrick's Day in New Orleans 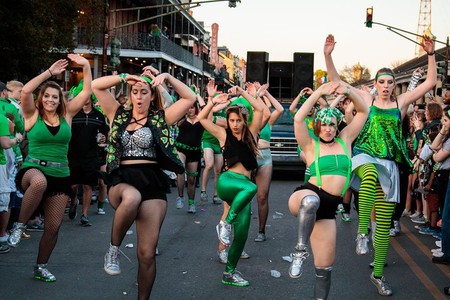 St. Patrick’s Day is among one of New Orleans’ liveliest holidays. There is a strong Irish presence dating back to the 1800s, when immigrants arrived to build some of the city’s infrastructure and cultural landmarks despite suffering through hardships. Today, the Irish heritage and resilience is celebrated with parties and parades. Although a number of the most popular festivities during this annual March holiday takes place in the historic Irish Channel neighborhood, there are also several establishments and parties spread across town that “go green” to showcase their pride. 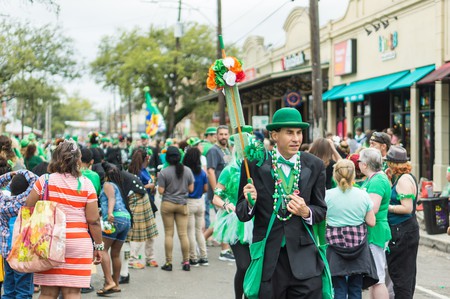 Easily one of the biggest and most popular celebrations is the annual Irish Channel Marching Club parade, which takes place in the Irish Channel and along Magazine Street. The all-male members don formal attire and attend a somber mass at the historic St. Mary’s Assumption Church (which is open to the public), but once the services are over, the real fun begins. They take to the streets, joined by marching bands and revelers on floats, as they hand out flowers, beads, trinkets and even cabbages (presumably so one can go home and make a nice stew). The whiskey and green beer flow freely among participants and bystanders, and a number of bars within stumbling distance of the parade route offer drink specials.

Offering an abundance of green beer and other drink specials, these two Irish bars (which are right around the corner from each other) in the residential Irish Channel neighborhood become exceptionally rowdy and celebratory on St. Patrick’s Day weekend. Patrons can wander back and forth, making new friends along the way. Also, it’s a toss-up between which establishment serves a better po-boy sandwich to sober you up.

In the heart of the French Quarter, the always-packed Pat O’Brien’s becomes exceptionally lively during this celebration of Irish heritage. Originally a speakeasy, the joint is now packed with tourists and visitors who belt out popular songs, backing up the talented performers at the Dueling Piano bar. The bar is world-famous for its signature hurricane drink – a sweet alcoholic drink consisting of rum, passionfruit and lime juice. 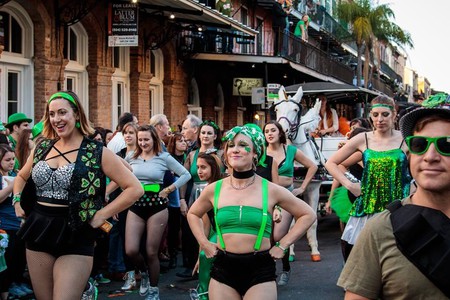 Molly’s at the Market Parade

Kicking off the weekend’s festivities outside of its namesake bar on Decatur Street, the annual Molly’s at the Market parade takes place this year on Friday, March 16th, featuring marching bands, local dance troupes and other organized groups who meander through the French Quarter, mingling with crowds and showcasing their Irish pride.

In the residential neighborhood of Mid-City, Finn McCool’s is an authentic Irish pub with a loyal, friendly clientele and staff. It features a spacious bar, televisions for watching sports (it’s a popular destination for soccer fans), a kitchen and cheap drink specials. Finn McCool’s fosters a sense of community and charity; a week after St. Patrick’s Day, it will also host the St. Baldrick’s Day fundraiser, which raises money and shows solidarity for pediatric cancer patients.

This no-frills dive bar, located in an otherwise quiet, residential neighborhood, is a hidden gem that’s been serving drinks for almost a century. It is the type of place where the bartender remembers your name and your drink order, and if you spend more than a few evenings there, you’ll start to recognize that most people who wind up there are regulars, who are drawn to the cheap drinks, friendly atmosphere and arcade games.