The Best Things to Do in Spring in New Orleans 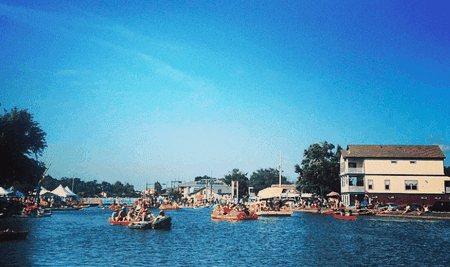 Spring is a lot of fun in New Orleans. | © Sarah Ravits

Most fun activities in New Orleans revolve around eating, drinking, and music (or a combination of all three). Since this city normally gets amazing spring weather, people love celebrating outdoors. Check out our guide to the best things to do and see in New Orleans during the springtime.

The weather in New Orleans during springtime is generally on its best behavior—sunny and warm, but not too hot—and because the city is devoid of hills, it’s a great place to go for a breezy bike ride. Plus, bike lines are now widespread around the city. You can also get across town via the Lafitte Greenway, the 2.6-mile bicycle and pedestrian trail from Mid-City (relatively close to City Park), all the way to Armstrong Park, just outside the French Quarter. If you don’t have a bike, you can easily rent one from the Blue Bikes service via an app; there are stations all over the city for rentals and drop-offs. 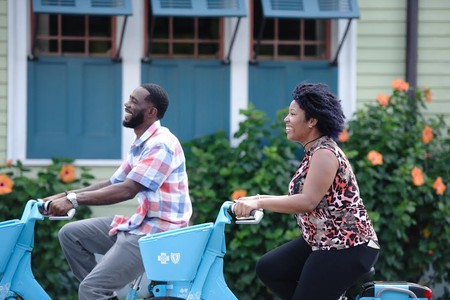 Springtime in New Orleans is considered “festival season” (although, frankly, that term could be applied year-round), but the biggest and most famous festival of all, The New Orleans Jazz & Heritage Festival, aka Jazz Fest, should be on a visitor’s bucket list. For almost 50 years, Jazz Fest has brought together thousands of people for the simple purpose of celebrating music and other aspects of the unique culture, including arts, crafts, and food. About 90 percent of the performers are based in Louisiana, but the festival also hosts major international headliners, as well. Each year, it’s held the last weekend of April and the first weekend of May.

Check out the Bayou Boogaloo

The Bayou Boogaloo began after Hurricane Katrina, when the neighborhood community of Bayou St. John was in need of a morale booster. What began as a small neighborhood festival is now one of the most hotly anticipated festivals, as it takes place over three days in May every year. It’s completely free, not too crowded, and it hosts a variety of local performers and artists; of course, top-notch food is also available for purchase. Its laid-back but festive outdoor atmosphere makes it a favorite for people of all ages, and many partygoers celebrate it from Bayou St. John, either in kayaks, canoes, or giant homemade floating devices; if you’re nice, they might even invite you on-board!

Spring is a lot of fun in New Orleans. | © Sarah Ravits

Go to a brewery

As the nationwide craze for craft beer continues to forge ahead, plenty of New Orleans breweries have popped up over the past few years. New Orleans draws in many young professionals and transplants, so its breweries are immensely popular gathering spots for visitors and locals alike. Each one has a distinct vibe, but they all tend to be laid-back; many of the local favorites are situated in repurposed warehouse spaces and often host special events, discounted prices, and even free tastings. Whether your preference is a dark ale or an experimental sour, you’ll probably find what you need. Check out our list for some of the best spots to throw one back. 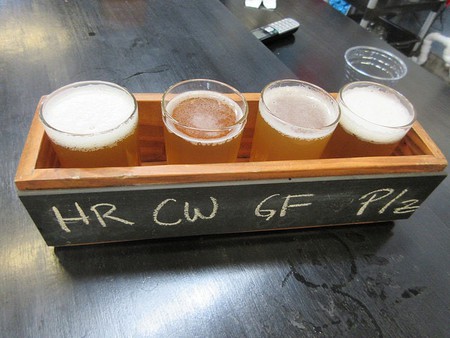 Springtime is officially crawfish season, and New Orleanians love their crawfish—the spicier, the better. Crawfish boils are easy to find; often, people just host them in their yards or in communal gathering spots and parks. There’s also a number of restaurants and bars that serve them. They are frequently boiled, along with potatoes, corn, and other vegetables; everyone who boils has their preference. Be aware that crawfish are a finger food, and you’re bound to get a little messy, so leave the nice clothes at home if you’re heading to a boil. Don’t bother getting your nails done beforehand, either. 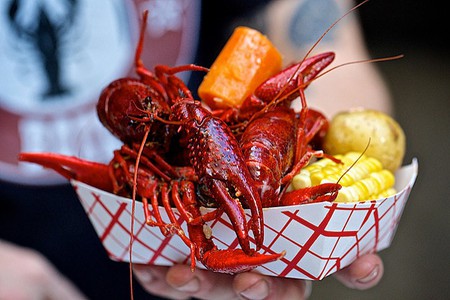 Get on a boat

A sailboat on Lake Pontchartrain, a kayak on the aforementioned Bayou St. John, the Algiers Ferry that crosses the Mississippi River, and guided swamp tours are all viable options for those who have their sea legs. The unique waterways in New Orleans are gorgeous and particularly enticing during the spring; they’re also a great way to experience the scenery.