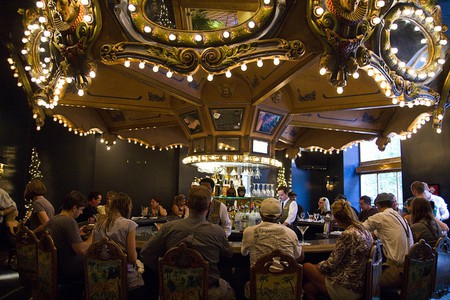 It is time to take a trip to downtown New Orleans, where the gin is cold and the piano is hot. New Orleans is known for its vibrant live music scene and active nightlife. Here are 1o of the best bars to visit. 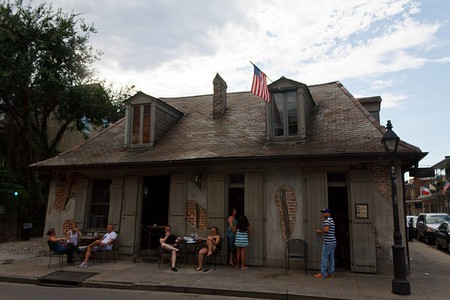 Lafitte’s Blacksmith Shop Bar was built to pay homage to Jean Lafitte, a hero of the Battle of New Orleans. Nicolas Touze built the bar in 1732, and the building is one of the oldest buildings housing a bar in the United States. It is also one of the oldest surviving structures in the city. Touze’s inspiration came from the French Provincial Louis XV and Briquette-Entre-Poteauxe style architecture in French Louisiana. Before it became a bar, Lafitte’s Blacksmith Shop Bar was used as Lafitte’s smuggling house. He and his brother, Pierre, ran a smuggling operation. Currently, the bar is a place where locals and tourists can relax and take in the history surrounding them while they enjoy a delectable cold beer.

The Spotted Cat Music Club is a major jazz club in New Orleans. Locals call it ‘The Cat’, and the venue has been recognized as the international destination for jazz music. Located in the heart of Fauborg Marigny, the club stands near the French Quarter. Visitors can listen to jazz, blues, funk, and Klezmer. While performers play and sing their hearts out, patrons can drink wine, beer,and spirits. The drink selection and live performances aren’t the only thing contributing to the Spotted Cat Music Club’s success. The club has been featured in numerous movies, commercials, and publications. The New Orleans tourist book showcases the club on its cover page. 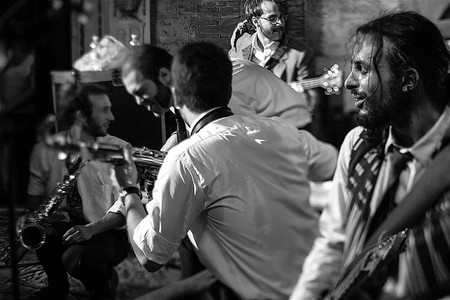 Avenue Pub aims to educate New Orleans about the world of beer. If you’re interested, they’ll be able to tell you about some facts such as why beer should not have too much carbon dioxide. Too much CO2 makes the beer foamy, which takes away its sweet taste. Avenue Pub has a high-tech system that mixes carbon dioxide and nitrogen in each beer. The beer kegs next to the bar are regularly changed, which means the beer hasn’t been sitting in the kegs for a long time so that they keep their freshness. The pub serves cold and room temperature beer. Whether you’re a beer lover or you want to learn more about the drink, this is the place to come.

Carousel Bar is a famous local hotspot. For 65 years, the revolving bar has been entertaining guests and filling them with merriment. The carousel sits 25 people comfortably and presents a comprehensive list of cocktails. Vogue magazine selected Carousel Bar as one of the ‘Top 20 Bars in the World’, praising Sazerac, one of the bar’s many cocktails. As locals sit at the bar, which reproduces a carousel, they can view Royal Street. This is a street in the French Quarter which is a perfect place to people-watch. The Carousel Bar also showcases New Orleans live music.

D.b.a. is a live-music club that showcases local and regional touring acts. The company cares about the environment and uses recycled glass and cardboard. While artists perform, the audience can enjoy different types of beer, wine and spirits. The club doesn’t serve food, but the audience comes here to watch the shows, drink, dance and have a good time. Tickets can’t be ordered in advance and guests must pay full price upon admission into the club.

In 1918, Arnaud Cazenave, a wine salesman, opened Arnaud’s with the intention of serving authentic Creole cuisine. He believed having pleasurable meals was an important part of life. His venue was the place to be in its early stages. Visitors from all over the world dined on nine oyster appetizers, 51 seafood entrees, and 40 vegetables. As time progressed and with his passing, the restaurant couldn’t withstand not having its original owner and it became abandoned. However, Cazenave’s vision didn’t disappear. In 1978, new owners Archie and Jane Casbarian restored the property and improved the cuisine. Because of their dedication, Arnaud’s became a renowned establishment again and received widespread acclaim. Come and have dinner and sample some amazing wines in style. 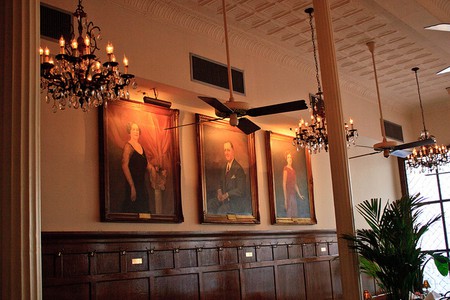 The founders of this bar were born in Belfast and arrived in New Orleans in the 90s. The city’s love of food, music, and family reminded the founders of their own culture. In 2002 they opened Finn McCool’s pub. As the pub became established, the New Orleans’ culture grew into the bar. The building was a worn-out bar that was hit by Hurricane Katrina. The pub’s staff took six months to restore the place, and customers and friends pitched in to offer assistance. The pub’s bartender has won ‘Best Bartender in New Orleans’ and the bar won ‘Best Neighborhood Bar’. Finn McCool’s hosts fundraisers and sponsors sports teams. They welcome sports lovers and anyone fond of the warm atmosphere of Irish pubs. They also host pool and trivia nights. 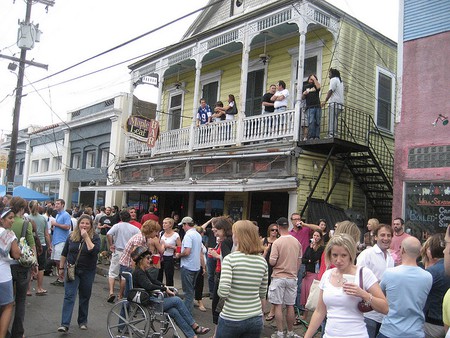 Bartender, owner, and chef Daniel Victory is a pioneer and ambassador of New Orleans cocktails. He is dedicated to preserving the sophistication of classic cocktail creation. Offering something different from his competitors, chef Victory has made Victory one of the hottest bars in the city. He believes bartending is a form of art. He spent most of his life studying cocktail creation and now showcases his skills at Victory, having been featured in GQ magazine’s Most Inspired Bartender contest. Since chef Victory’s mission is to improve the cocktail business, Victory instructs upcoming bartenders. Although the bar is not a school, chef Victory and his staff work together to demonstrate how quality cocktails should taste.

Erin Rose’s building served originally as a single family home. In the 1950s, the building was bought and transformed into a bar. A few years later, Jim Monaghan became the proprietor and took over the management of Erin Rose. Once he passed, his business partner became the sole owner. The name of the restaurant used to be Monaghan’s Erin Rose, but he shortened it to Erin Rose. This bar is a place with a magical environment. Locals and visitors frequent the bar and relax with friends, share loads of laughter, and sip some great drinks. Erin Rose is a neighborhood bar which makes patrons feel at home – the bar’s motto is ‘Local prices. Local chaos. Local love’. 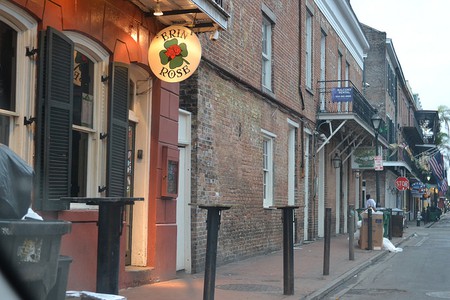