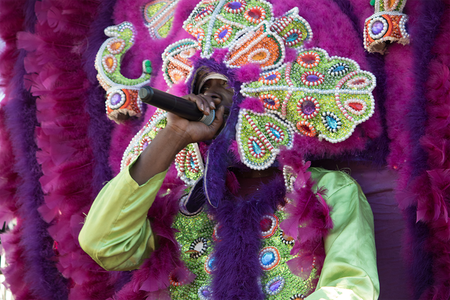 Mardi Gras Indians are among the most iconic images associated with New Orleans and the city’s rich historical traditions. These eye-catching individuals represent the melding of disparate cultures in New Orleans’ diverse traditions, but their stunning attire and performances and what they represent go far beyond just Mardi Gras.

History of the Mardi Gras Indians

Mardi Gras Indians have been an integral part of New Orleans history as far back as the mid-19th century or earlier, but the foundations of this tradition date back even farther. By 1740, African slaves had already created a cultural hub, known as Congo Square, to partake in their native music and dance. During the late 1740s and 1750s, many runaway slaves had encountered Native Americans for the first time after fleeing to Louisiana’s swamplands.

In the early days of Mardi Gras in New Orleans, slavery and racism prevented many Africans and, later, African-Americans from participating in the traditional krewes, as many only permitted membership by invitation. While the specifics of the Mardi Gras Indians’ founding is debated, black communities in New Orleans began organizing their own krewes. 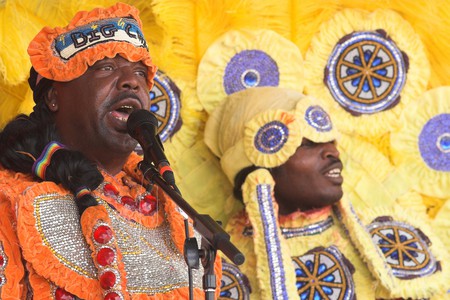 They named their krewes after imaginary Native American tribes based on their streets or gang, such as the Wild Magnolias or 9th Ward Hunters, and began parading and performing on Mardi Gras Day (or Fat Tuesday) in colorful, elaborate costumes and headdresses. Mardi Gras Indians and those in their community invest countless hours and dollars in creating these folk art masterpieces, which continue to astound New Orleans’ residents and visitors today.

Beyond parading in their costumes, Mardi Gras Indians also typically participate in call-and-response chanting, often accompanied by tambourines or other hand percussion instruments. But this vocal style and tradition has also made its way into other genres popular in the city, such as New Orleans funk, soul, and R&B. The tribes then parade through the city streets to “battle”music in an amiable competition to see which tribe’s chief is the best dressed. 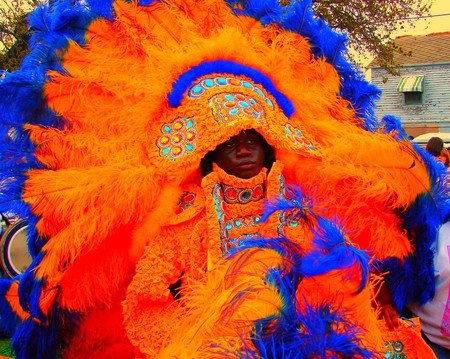 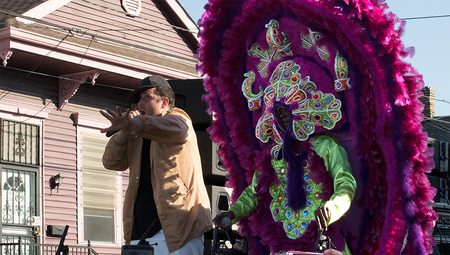