New Orleans loves to celebrate at any time of day and brunch is no exception. Whether it’s a way to recover from a night out or a fantastic start to the day, you will find some great mid-morning meals in this city. Here are our 10 favourite brunch spots in New Orleans. 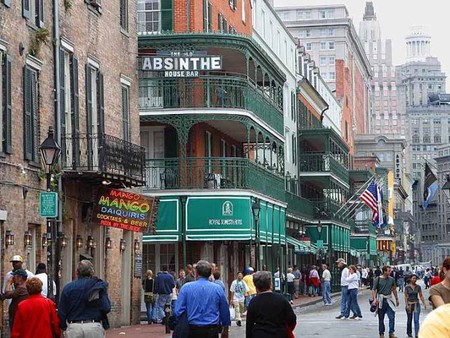 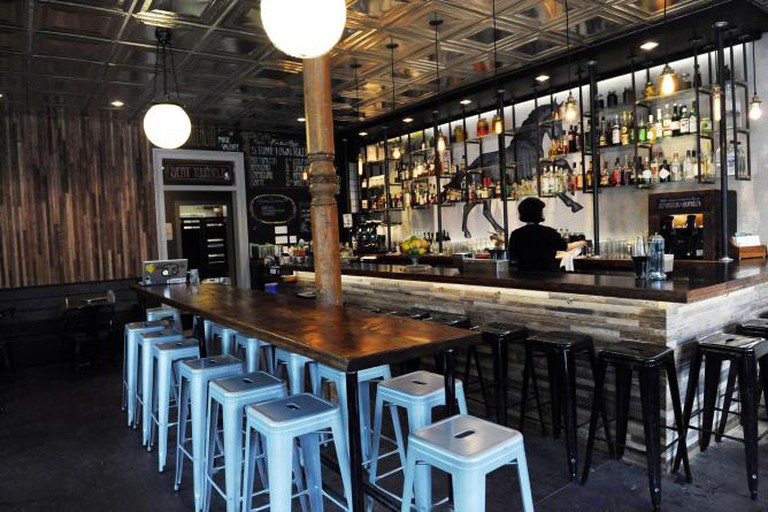 By Ann Marshall Thomas
Atchafalaya was first opened in 1924 under the name Petrossi’s Restaurant, but in the 1980’s, well-known restaurateur Iler Pope reintroduced the space as Cafe Atchafalaya. Pope’s new restaurant was among the first to put a modern spin on traditional New Orleans cuisine. Today, the restaurant’s name has been shortened to Atchafalaya and the brunch menu continues to push boundaries with ingredients like boudin, popcorn crawfish and creole hollandaise. The best known Atchafalaya brunch feature may be the extensive bloody Mary bar, featuring a variety of toppings and accoutrements. 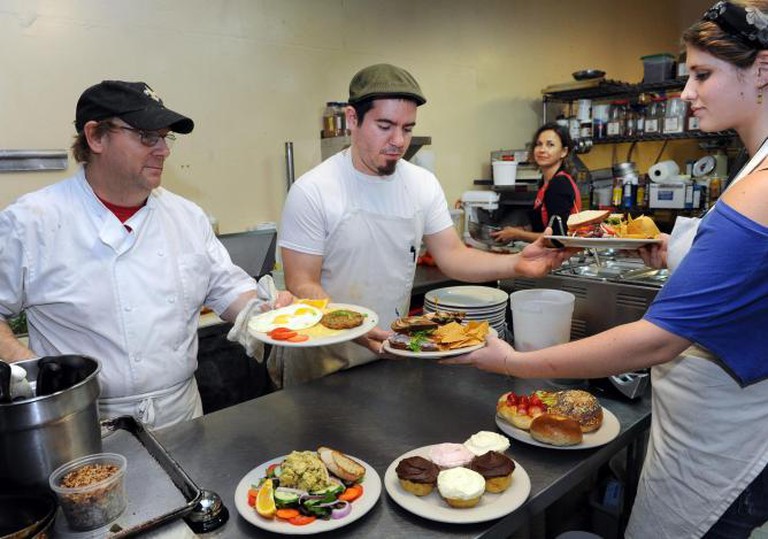 Booty's Street Food | Courtesy of NewOrleansOnline.com
Tucked into the Bywater neighbourhood of New Orleans, Booty’s Street Food is owned by a travel journalist and serves street food from around the world. The brunch menu changes seasonally, but features traditional breakfast items ranging from Belgian waffles to Japanese ramen. In addition to the constantly-changing menu, Booty’s also has rotating art exhibitions in the restaurant bathrooms.

Cake Café began as a one-man cake bakery and has evolved into a café that serves breakfast, lunch, and, of course, customized cakes. Although the menu doesn’t include brunch cocktails, the signature dishes are sure to satisfy brunch cravings. Popular items include boudin and eggs, a crab omelet and the extensive vegetarian menu. Don’t forget to choose one of their delectable cupcakes for dessert. 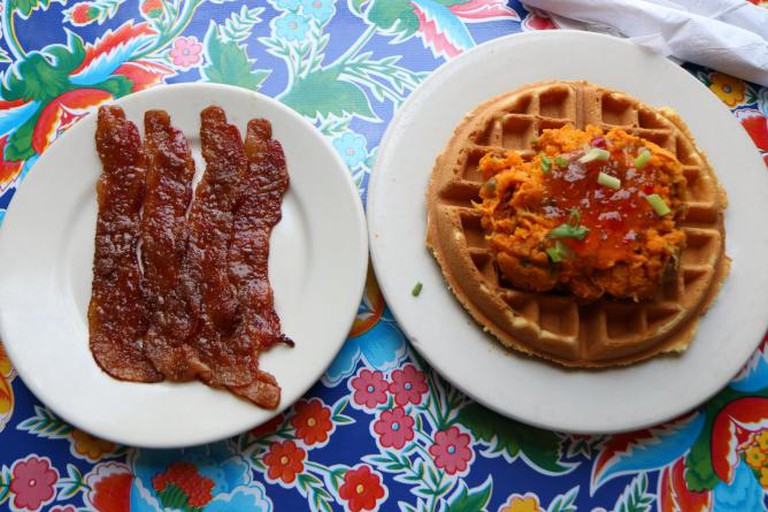 Duck and Sweet Potatoe Waffle with Praline Bacon | Photo by Rebecca Ratliff/Courtesy of NewOrleansOnline.com
Dante’s Kitchen was one of the first New Orleans restaurants to focus on local, house-made ingredients and farm-to-table style dining. Chef Emanuel Loubier is a veteran of New Orleans grande dame restaurant, Commander’s Palace, and he has taken his expertise to this small establishment in the Mississippi Riverbend. Brunch is one of the most popular meals. guests rave about the shrimp and grits with Andouille gravy.

Elizabeth’s is a staple in the New Orleans Bywater neighbourhood, serving brunch every Saturday and Sunday. This low key, colourful space is decorated with works by local folk artist, Dr. Bob. Diners love brunch specials like the sweet potato and duck hash waffle, bananas foster and praline bacon. The first owner adopted the slogan ‘Real Food Done Real Good’ and this continues to be the restaurant’s mantra today.

Restaurant, Bar, French, $$$
Facebook
Email
Twitter
Pinterest
Copy link
Share
A well-known Sunday brunch spot, Katie’s is a corner restaurant that opened in 1984 in the Mid City neighbourhood of New Orleans. Favourite brunch menu items include lemon ricotta pancakes and veal grillades and grits, and diners can sip on bottomless sangria, mimosas, or bloody Marys. Katie’s closed briefly following Hurricane Katrina, but reopened in 2010 and is now better than ever.

Arguably the most prolific New Orleans brunch spot, Ruby Slipper serves brunch all day long at its four locations around the city. According to the owners, Ruby Slipper was inspired by the strong sense of homecoming they felt when returning to New Orleans following Hurricane Katrina. Ruby Slipper supports local suppliers and composts coffee grinds for local farmers. 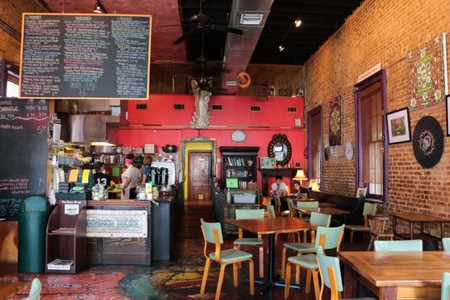 First opened in 2009, the owners of Satsuma strive to serve healthy, local, organic food to their community. The menu eschews additives, preservatives and high fructose corn syrup in favour of fresh, whole foods. First opened in the Bywater neighbourhood, Satsuma now also has a location in Uptown New Orleans. To compliment your brunch, order a freshly-squeezed juice.

Located in a historic carriage house on Chartres Street in the French Quarter, Sylvain is named after the first opera performed in New Orleans in 1796. The building was once the home of Aunt Rose Arnold, a famous Storyville madame who is said to have been the muse for William Faulkner’s character ‘Miss Reba’ in Sanctuary and The Reivers. In addition to craft cocktails, brunch menu favorites include brioche French toast and crispy black eyed pea cakes.