Masking and Marching: The Mardi Gras Indians of New Orleans 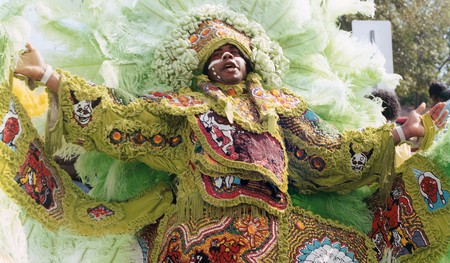 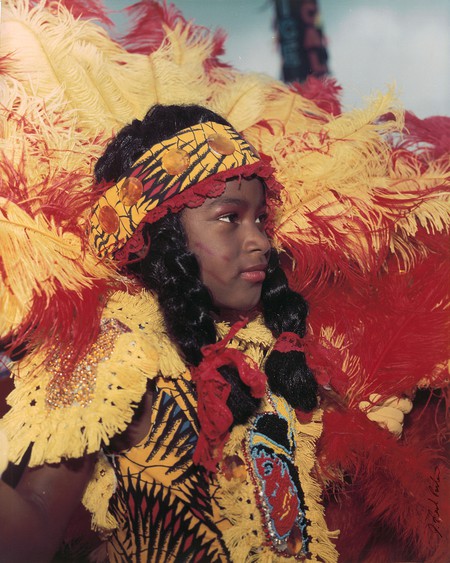 The practice of masking developed as one of respect and homage between the Native American and slave communities in New Orleans during the Antebellum period. At this time, New Orleans was unlike any other Southern city: slaves were exempt from working on Sundays, and they used this time to sell produce in Congo Square. It was there that a natural bond developed between the West African and indigenous peoples.

“There was this strong alliance even from the beginning,” says Dr Joyce Marie Jackson, director of the African & African American Studies programme at Louisiana State University and Porter’s widow. “There were a number of things that were similar with both cultures.” Both groups prayed to deities, and had traditions of healing practices and close connections with nature and the environment. 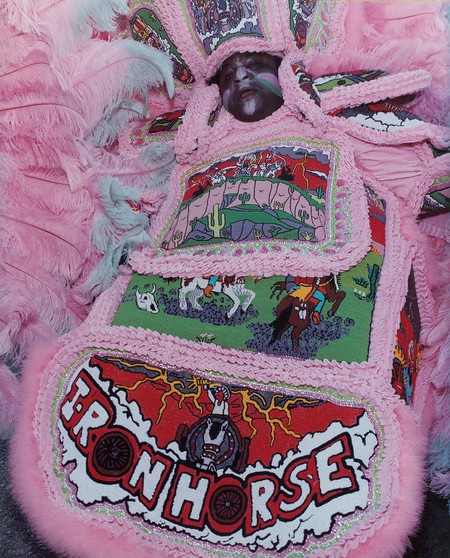 This bond manifested itself in the Africans creating ornate costumes in order to mask as Native Americans. The parade is also a street drama in which everyone plays a part – people join tribes, such as the Wild Magnolias, who are also a funk band, and take on individual roles within the tribe. “You’re taking on the persona of this Indian,” Jackson says, “so [there’s a] chief, you have a queen, you have a wild man, you have a spy boy, you have a gang flag, you have all these various roles that people play – and some people take it really, really serious.”

So serious, in fact, that in the past the drama led to violence. Masking used to be a time to settle grudges between tribes, but in the late 1960s, Chief of Chiefs Allison “Tootie” Montana put an end to this and declared that any fighting would occur via upstaging one another through outfits. 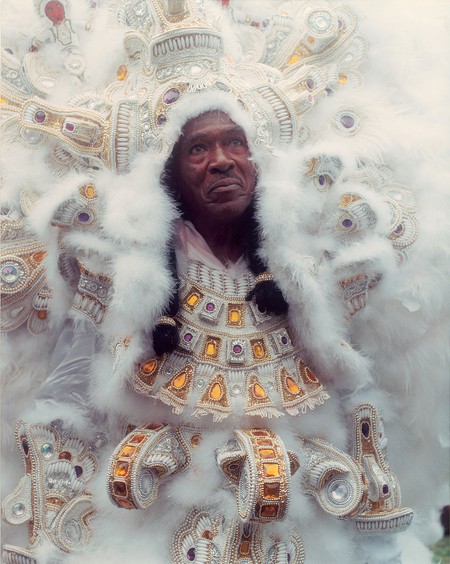 Porter documented this part of the annual Mardi Gras celebration as an act of pride in his community, Jackson says. Porter was embraced by the mostly black, blue-collar men involved in the masking tradition, who respected his dedication. “He knew these guys, knew their families, and he would go to baby christenings, marriages, graduations of the children,” Jackson says.

Porter’s 1991 photo of the Wild Magnolias’ big chief, Bo Dollis, typifies the attention to detail the maskers bring to their craft. Sweating, a smirk plastered on his face, Dollis averts his gaze from underneath an extravagant headdress. Purple fur adorns its brim, from which beaded braids dangle. Above the fur are more beads patterned to form ornate, jewel-like decorations. 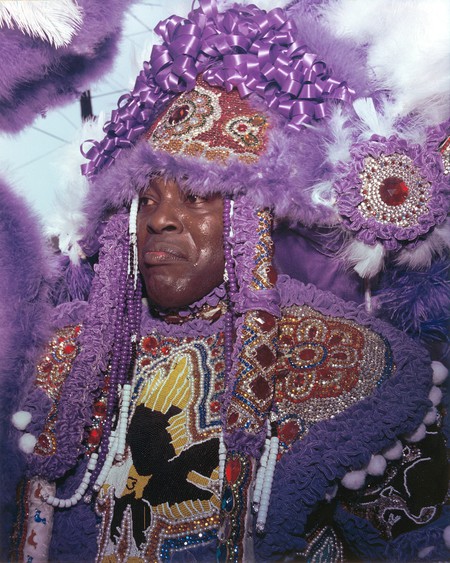 Each costume is hand-made and usually takes the entire year to complete. “It takes money and time if you’re doing it the way the tradition is supposed to be done,” Jackson says. “Making your own suit, beading bead by bead by bead, putting all these feathers on, these plumes… If you look at those suits, they’re very intricately made.”

“Through the lens of my camera, I share with others the exciting tradition that I grew up with,” Porter, who died in 2007, said in his artist statement. “Hopefully, I can ignite a spark of enthusiasm and bring about awareness in other communities for the New Orleans Mardi Gras Indians.” 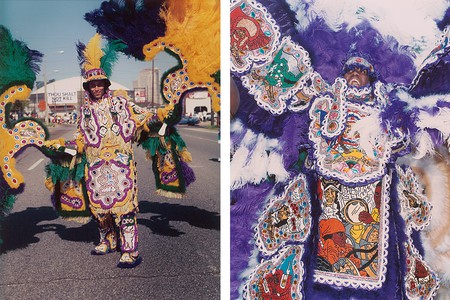