How to Spend 48 Hours in New Orleans 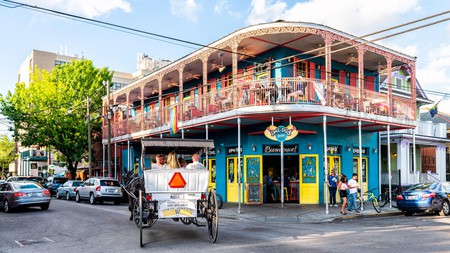 One of the most popular destination cities in the United States, New Orleans in Louisiana is known for its hospitality, thriving music scene, abundance of restaurants and its penchant for booze-soaked late nights. Two days doesn’t give you much time to play with, but there are still plenty of activities you can pack into your itinerary – these are the best of them.

Alternatively – if 48 hours aren’t enough – you can book a four-day music- and food-filled tour of New Orleans with Culture Trip. 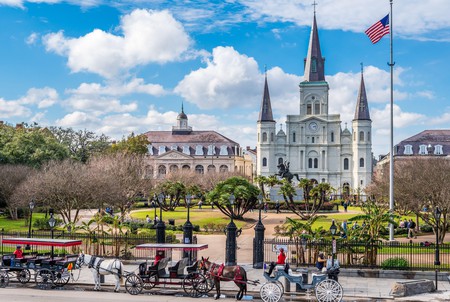 Morning
Kick off your day with a trip to Café du Monde for some beignets (fried pastries of French origin that come three to an order, along with a heaping pile of powdered sugar) and a strong cup of cafe au lait. From there, take a stroll up (or down) the Riverfront to catch a glimpse of the steamboats and characters along the Mississippi. 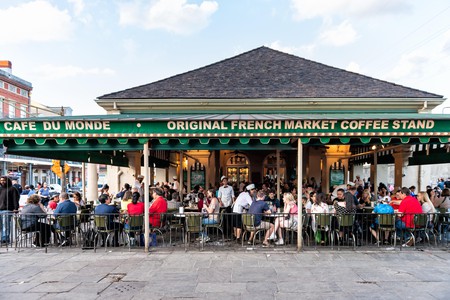 Afternoon
Wander through the nearby French Quarter. Part of the fun is to be spontaneous about it, as there is a number of enticing attractions, including bars, restaurants and shops. Walk through Jackson Square and take a photo of the iconic St. Louis Cathedral, get your palm read by a fortune teller, tip the street performers and buy an art piece from one of the many artists in the vicinity. Royal Street is full of galleries and antiquities, while a couple blocks away is the 24/7 party zone of Bourbon Street. Grab a drink to-go from one of the numerous watering holes in the area, because yeah, it’s legal and, in fact, encouraged to drink on the streets here. Then catch one of the early evening shows at the famed Preservation Hall before heading out to dinner. 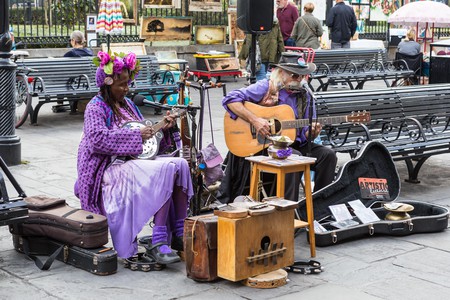 If you’ve got time, stop and listen to the many street musicians you’ll encounter on your way | © Clarence Holmes Photography / Alamy

Evening
Head over to the Central Business District where a number of the city’s best restaurants are located. Peche is known for its fresh seafood prepared in a variety of creative ways (reservations recommended). Cochon is a popular option for meat-lovers who like a Cajun twist, while Maypop is one of the city’s newest restaurants known for its innovative contemporary dishes that blend Asian and Louisiana cuisine. 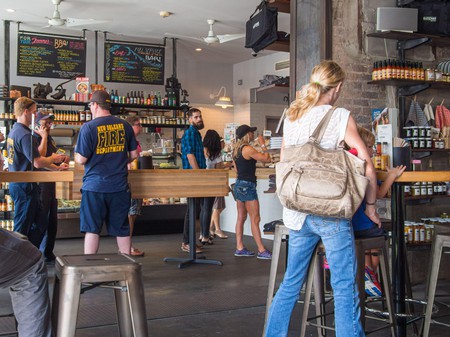 Night
After a satisfying dinner, head back downtown and check out Frenchmen Street for the bustling live music scene in the colorful, bohemian Faubourg Marigny neighborhood. If you’re a night owl, you’re in luck, because most bars stay open well past the standard 2 a.m. closing time observed in other American cities. A little farther east of the Marigny is St. Claude Avenue, a hip area full of cheap bars, indie music venues and late-night spots to nosh. 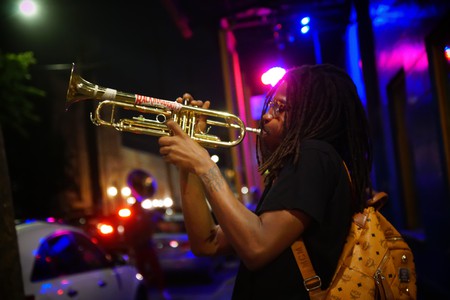 Morning
Venture Uptown via the iconic St. Charles Avenue streetcar for the price of $1.25, and soak in the sight of the tree-lined boulevard full of ornate, picturesque Southern mansions. Hopefully you’ve made a reservation at the Garden District’s famed Commander’s Palace, a place where everyone on the planet should experience a decadent brunch at least once in their lifetime. Walk off a few of the calories by heading over to Magazine Street, which is full of boutiques and galleries. 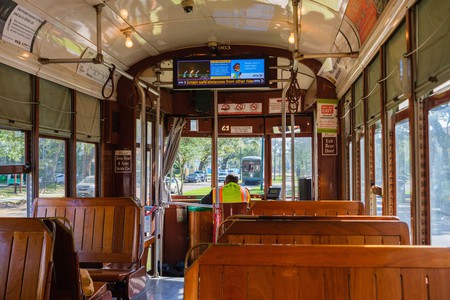 Afternoon
Outdoorsy types should consider a stroll through Audubon Park, which is full of centuries-old oak trees, waterways, a number of birds and a golf course. It also hosts the world-famous Audubon Zoo and is across the street from Loyola and Tulane universities. 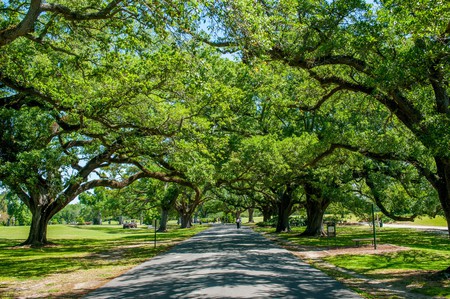 Audubon Park across from Tulane University, is a nice escape from the bustle of the city | © Wolfgang Kaehler / Alamy

Evening
Afterward, head over to the Riverbend neighborhood, grab a daiquiri (to go, of course) from New Orleans Original Daiquiris and consider getting a casual dinner on Maple Street, a popular destination for college students and 20-somethings, or at one of the many top-ranked restaurants near or along Carrollton Avenue, including Boucherie or Jacques-Imo’s. 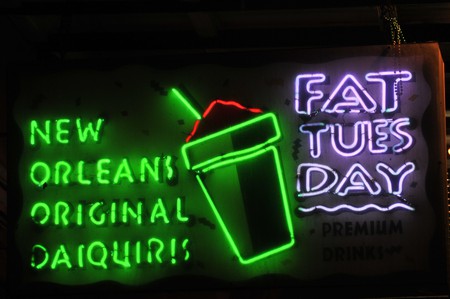 Next to Jacques-Imo’s is the famed Maple Leaf Bar, which typically features popular local acts in a laid-back but festive, no-frills bar atmosphere that encourages dancing until the wee hours. The live music venue is known to attract a combination of students, young professionals and aging hippies. The relative proximity to the college campuses also means that there are spots to get late-night food; if you’re out all night, grab an omelet from the famed Camellia Grill before you head back home – if only to plan your next trip to the Crescent City. 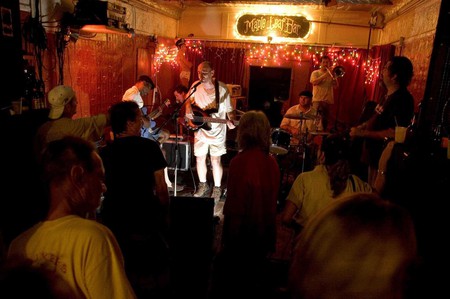