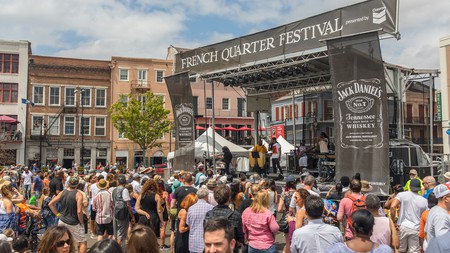 The oldest neighborhood in New Orleans hosts the city’s hippest music festival during the French Quarter Fest in late September and early October.

An estimated 1,700 local musicians will perform on more than 20 stages throughout New Orleans’s historic French Quarter during an incredibly relaxed (and free) music festival. Artists at the French Quarter Fest (September 30-October 3, 2021) will play everything from traditional and contemporary jazz to R&B, New Orleans funk, brass, folk, gospel, Latin and Louisana’s own French Creole zydeco, which blends the state’s signature rhythm and blues. Indeed, the whole focus is on Louisiana music, and a slew of performers come back each year, such as soul legend Irma Thomas, Big Sam’s Funky Nation and Treme Brass Band. 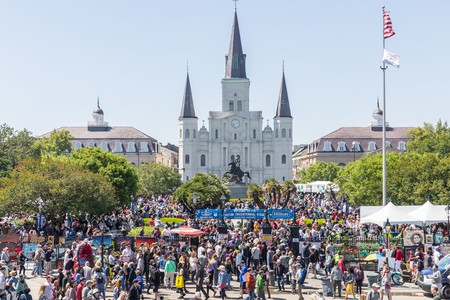 It’s a festival where music lovers can freely wander the entire neighborhood, catching live acts in historic Jackson Square, at Woldenberg Park on the banks of the Mississippi River, on impromptu stages at the New Orleans Jazz Museum and out into the thoroughfares of Royal and Bourbon streets. Then there’s the food – serious Louisiana grub is served here, with no fewer than 60 local chefs dishing up Cajun cuisine (and everything in between) at booths throughout the French Quarter. If that doesn’t have you hitting the “book now” button, perhaps these curated hotels and experiences will. 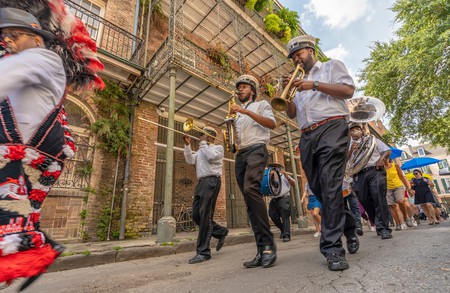 In addition to stages, musical performances take to the streets | © Stephen Young

Festival development officer Stephanie Loman is hands-on when it comes to the production side of the festival. “I’m in the midst of it all,” says Stephanie. “My favorite part of the event is when I’m able to escape from the urgency of production mode for a hot second and – while it sounds like a cliché – just take in all the happiness. After over 10 years of working this event, it never ceases to amaze me that I can be pushing through crowds on the riverfront… and all of a sudden, I realize that there’s just this huge range of diverse people surrounding me – of all ages and ethnicities – who have one thing in common: they’re glowing with joy. Music does that to people.” 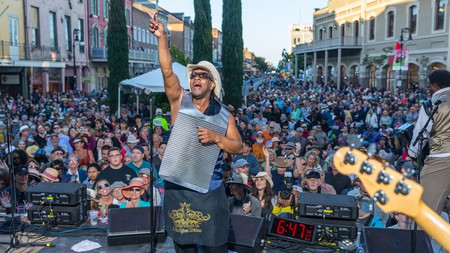 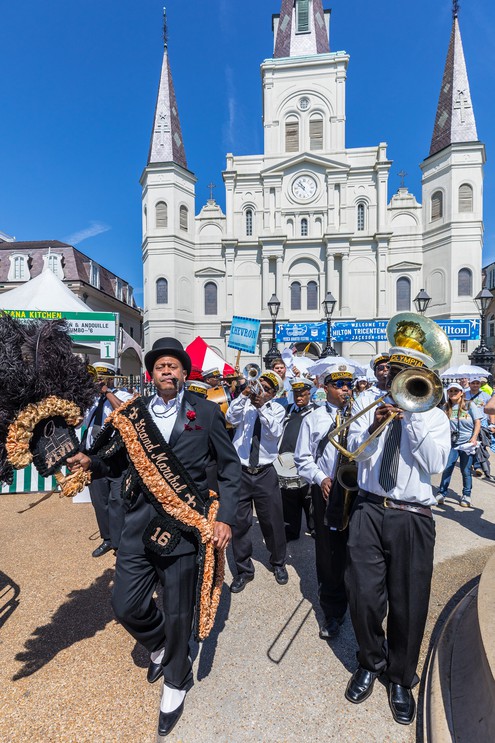 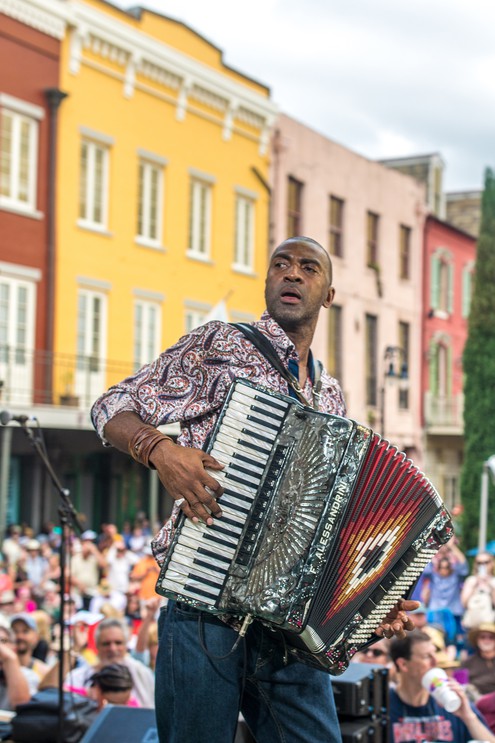 Stephanie’s advice for festival-goers? “Get yourself a hot sausage po’boy [a type of baguette-based sandwich] from one of the food stalls in Jackson Square, and check out the dance lessons over at the French Market Traditional Jazz Stage. Jump in and shake your tail feather before you hit the stages at the New Orleans Jazz Museum site. Next, take in the street stages on Royal and Bourbon and just stroll. I’d urge you to also spend time on the riverfront to feel the breeze coming off the Mississippi as you lose yourself in the city’s rhythms.” To cool off after dancing? “Get yourself an ice-cold Abita beer, a Jack Daniel’s-infused Lynchburg lemonade, or a coffee-flavored Plum Street Snoball with condensed milk.” 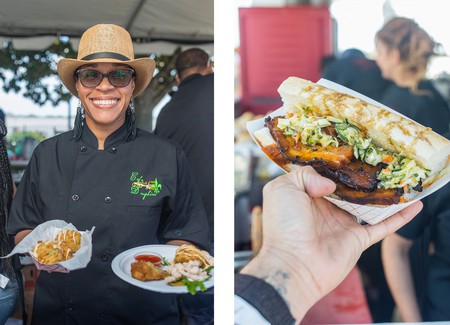 And to finish a night at the festival? “Head into Jax Brewery lot and eat a Lasyone’s crawfish pie while jamming at the Chevron Stage.”

So, you’re here for the weekend – but what do the locals know that you’ve missed? Chances are you’ve checked out the New Orleans Museum of Art, but what about the Sydney and Walda Besthoff Sculpture Garden adjacent to the museum? It’s an 11-acre (4ha) outdoor collection surrounded by pines, magnolias, live oaks and two lagoons right in the heart of the city.

Similarly, another time-honored ritual for visitors is taking a steamboat ride on the Mississippi, but locals will urge you to skip the daytime outing and book an evening jazz cruise instead to get the full view of New Orleans at night. For a spin of a different kind, guided bike tours are a great way to explore the Big Easy. 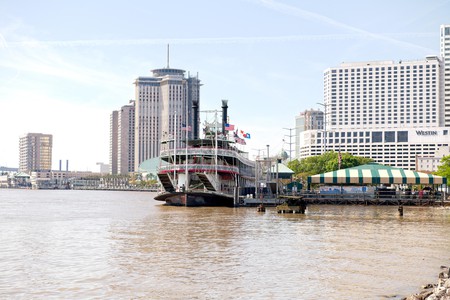 Worked up an appetite? With such a thriving multicultural mix, New Orleans isn’t exactly short of restaurant openings. Sommelier-steered, tapas-serving Pluck is our pick in the Warehouse District, right next to the French Quarter. For something entirely different, make your way to Torshi where Cairo-born chef Rafik Abohattab showcases Egypt’s position at the crossroads of the Mediterranean via meze fare, falafels and more on Frenchmen Street.

Keen to make a weekend of it? Browse our curated collection of hotels & experiences available over French Quarter Fest – bookable here on Culture Trip.