Everything You Need to Know About New Orleans' Second Line 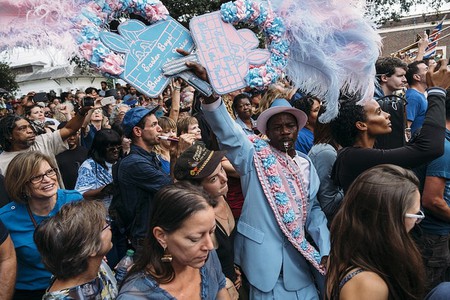 One of the most defining and unique traditions of New Orleans is its cherished second-line parade, an emotionally moving and cathartic sight to witness or be a part of.

A second-line parade is, at its core, a celebration of life – in the form of a roving musical block party. The “first line” includes the brass band, along with members of the club, organization or family being honored. The second line refers to everyone else: fellow revelers or mourners and those who have just decided to join in as it moves along. In the event of a funeral, the casket may be among the front of the line. Participants in these rituals often twirl a parasol or wave a handkerchief while strutting, dressed in formal attire or in a manner that fits the theme of the event. 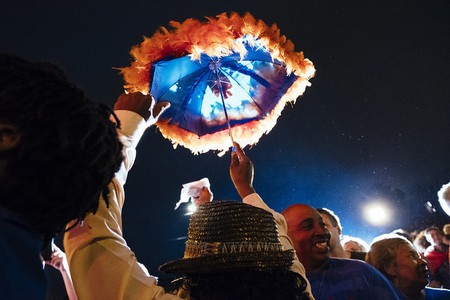 Second-line parades occur frequently throughout the city, in order to observe both uplifting and somber occasions, including weddings and funerals. True second lines require structure, permitting and police escorts, but the term is more loosely applied these days. Gatherings of this nature can be spontaneous and occur a bit more organically, such as in the event of a Saints win or as part of an impromptu Carnival celebration. 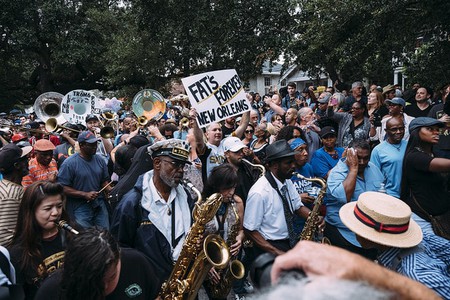 These ceremonies are an important part of the cultural identity of New Orleans Social Aid and Pleasure Clubs, which are African American benevolent organizations that developed in the 1800s when members were rejected by (Caucasian-run) medical insurance companies. As they faced discrimination and continued hardships, collective membership dues allowed them to cover health care expenses and help pay for funerals, as well as support other financial hardships.

The tradition of second-lining incorporates both Western African influences that slaves sought to preserve in the 1700s and 1800s, as well as elements of American military funerals. Jazz music is also of course a major element; the event overall demonstrates a unique blend of order, spontaneity and unification, making it a truly memorable celebration of life and death. 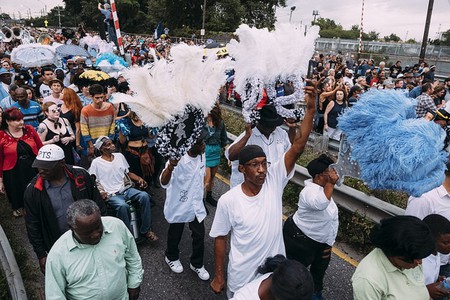 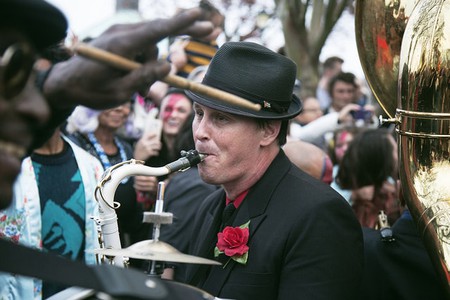