An Interview With Domilise's, The Best Po-Boy Joint In New Orleans

Po-Boy
The po-boy is one of the many delicacies of New Orleans, Louisiana. Domilise’s is perhaps the oldest and best-known purveyor of this sandwich. We caught up with Joanne, one of the family members who now runs the joint to learn about the history of the po-boy and the New Orleans culinary scene.

First things first: for those of us who’ve never come across them before, what exactly is a po-boy?

A po-boy is a sandwich made on a foundation of a special bread made in New Orleans which has a thin and crispy crust and a light and tender inside. This bread is typically ‘dressed’ with mayonnaise,  lettuce, and often tomatoes. Fried seafood, such as shrimp, oysters or catfish, is a very popular filling, as is hot roast beef (dripping with gravy), ham and cheese, and almost anything else you can think of. 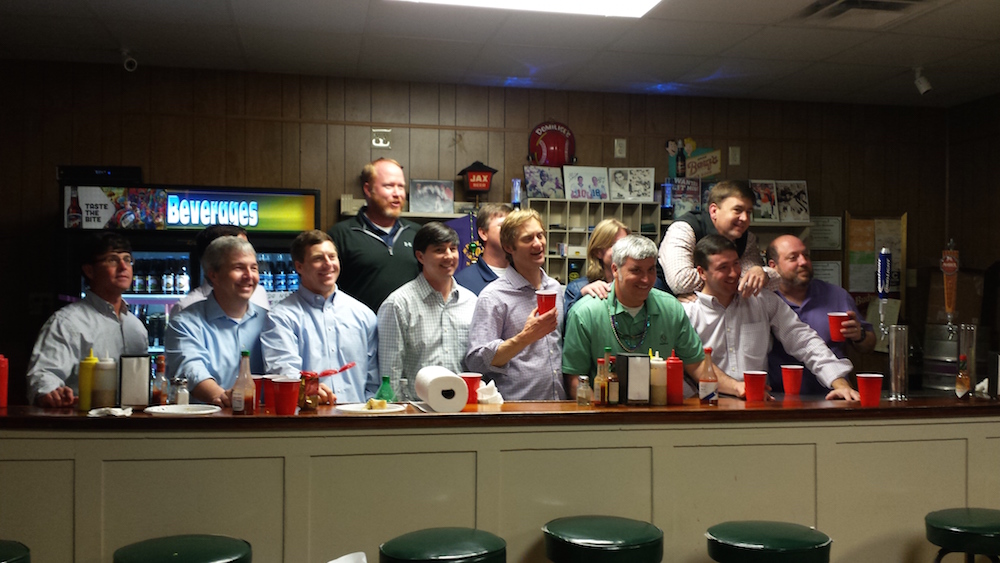 Can you give us a quick rundown of the history of the po-boy and its cultural origins?

The story goes that there was a streetcar strike in New Orleans in the early 1900s. Bennie and Clovis Martin, who owned Martin Brothers Coffee Stand and Restaurant in the French Quarter, were formerly street car operators.  Because of this, they wanted to support the current workers on strike. The Martins had special bread made so that they could make 20-inch hardy sandwiches to feed the men throughout the strike. As the strikers approached the restaurant, the workers would say, ‘here comes another poor boy’. 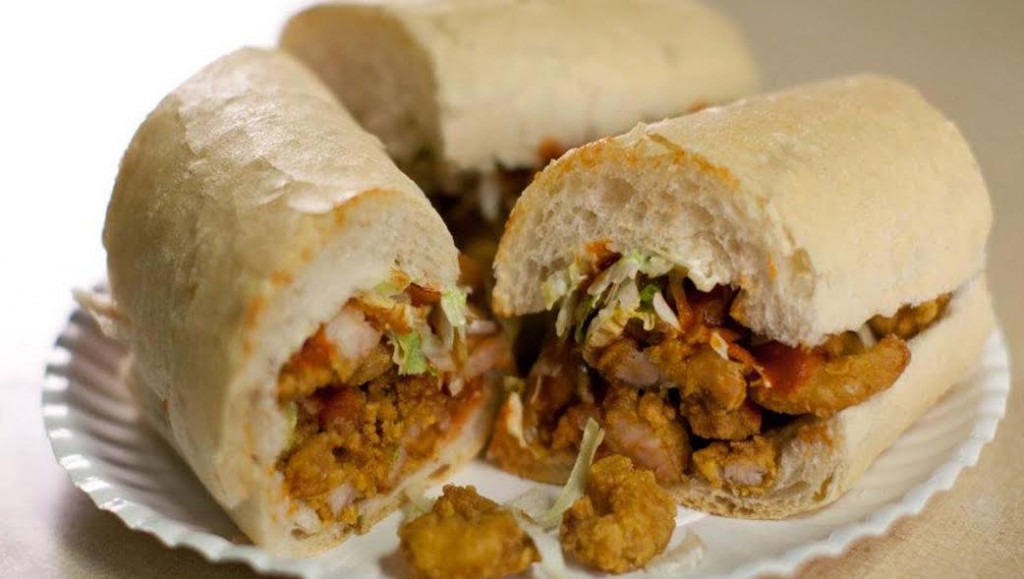 A Po-Boy | Courtesy of Domilise’s Po-Boys and Bar

Domilise’s has been family-run for nearly a century now. Do you think this adds to your authenticity and pull in a community full of po-boy competitors?

Domilise’s is a New Orleans institution. It is one of the oldest restaurants in the city known for great food. Generations have known Domilise’s for delicious po-boys as well as its friendly staff and warm, inviting environment. Happy Domilise’s customers have spread the word in the New Orleans area as well as throughout the country.

Has the restaurant always served only po-boys?

Peter Domilise opened Domilise’s Bar around 1918. We still have the original back bar. Within a few years, his wife, Sophie Wagner Domilise, starting cooking plate lunches for the workers on the Mississippi River front. Some years later, friends of the family started selling po-boys at the site while Peter’s son, Sam, and his wife, Dot, ran Domilise’s Bar. Dot Domilise eventually took over the po-boy shop and continued until her death at the age of 90. Now Dot’s son and grandsons continue to make the same Domilise po-boys and have recently added a new item – French fries.

What are your plans for the future? Will you be opening another restaurant or passing on your knowledge to the next generation?

We have always enjoyed our small, family-style restaurant and have no plans of expansion. Our customers seem to enjoy the occasional lines and friendly conversation with other customers and often enjoy a drink at the bar during that wait. We are already owned and run by the third and fourth generation of Domilises.

What type of atmosphere are you trying to create in you restaurant?

A friendly atmosphere where the customer is number one, where each person is served individually, and every sandwich is made to the customer’s order, exactly as the customer wants it. Most customers enjoy watching while the cooks meticulously prepare each po-boy, often saying that ‘a lot of love is put in a Domilise’s po-boy’.

Do you organize any events in the restaurant?

We cater private parties at the restaurant and often prepare very large orders for individuals and groups who take the food to their venues. Some of these groups are Mardi Gras Krewes, birthdays, wedding parties, bachelor parties, and graduation parties. 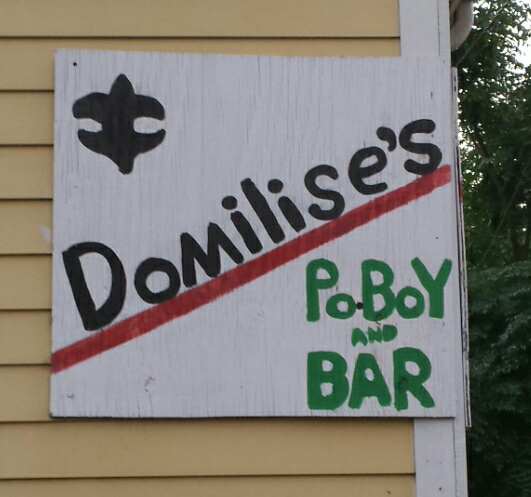 Courtesy of Domilise’s Po-Boy and Bar

Grabbing a po-boy seems to be a nearly unavoidable activity for food lovers in New Orleans. Where would you advise our readers to grab a bite other than Domilise?

Wow, this is an exciting question. In New Orleans, food is so important and great food can be found in any price bracket. Commander’s Palace, Restaurant August, Pesche, Emeril’s, Bevi for boiled crawfish, and Luke’s for gumbo are just a few great restaurants that immediately come to mind.

What has been your proudest moment in your time with Domilise?

Growing the family business and carrying on the family tradition of providing what our customers often refer to as ‘a phenomenal po-boy prepared by extremely friendly servers in an atmosphere that has largely remained unchanged throughout the decades’. 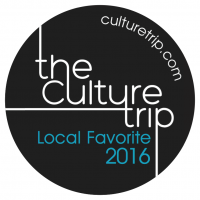 Domilise’s Po-Boys is one of the winners of The Culture Trip’s Louisiana Local Favorite 2016 Award. The Local Favorite badge is awarded to our favorite local towns, restaurants, artists, galleries, and everything in between. We are passionate about showcasing popular local talents on a global scale, so we have cultivated a carefully selected, but growing community.