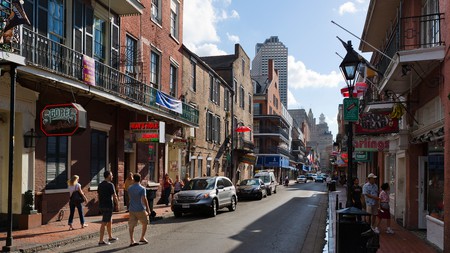 The iconic Bourbon Street in the French Quarter, an unmissable stop on any trip to New Orleans | © Ian Dagnall / Alamy Stock Photo

A vibrant mix of African, French, and American influences create a heady atmosphere that marks New Orleans out as a one-off destination. The pulsating sound of jazz hangs in the air, as does the wafting aroma of Cajun cuisine, and you won’t find a finer place to party anywhere else in America. Join us on a spring tour of the Big Easy.

Whether you’re riding streetcars along Canal Street or having a wild night in the French Quarter, there’s a unique old-world charm that makes New Orleans one of the most popular holiday destinations in America. Unfortunately, that also means there are several tourist traps set to capture the unsuspecting visitor, but fear not – this seasonal guide is to help you navigate this lively town. 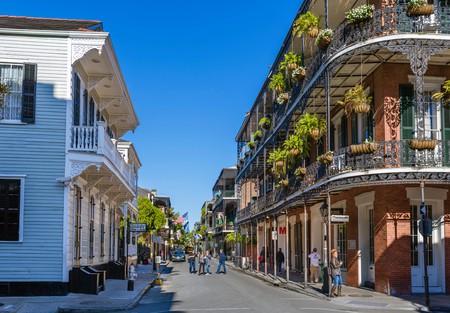 The real character of New Orleans shines through in the mesmerizing French Quarter. There are usually a whole host of festivals and public events taking place here, but these have been understandably curtailed for the time being. The good news is that many of the cafes, shops, and restaurants are still open. The food here is of the highest order, ranging from quick bites to extravagantly wholesome meals. The famous Bourbon Street and surrounding areas are the place to be seen – an essential stop on any visit to New Orleans. 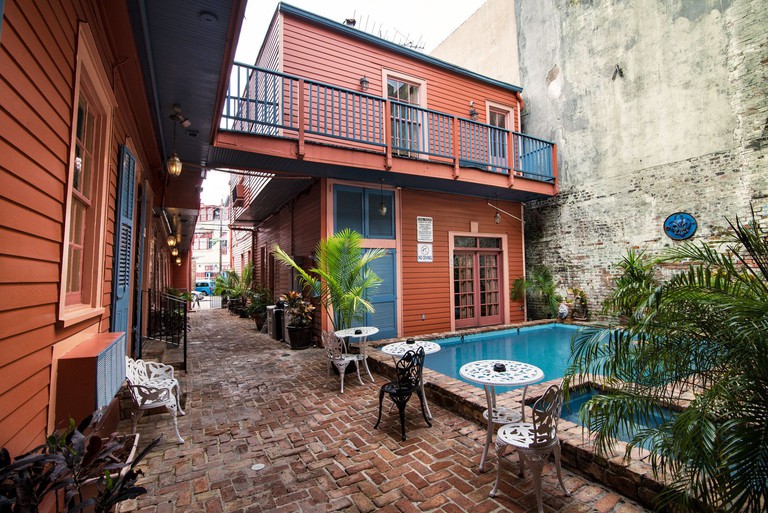 Courtesy of The Frenchmen Hotel / Expedia
View Rooms
Unavailable for the next 3 months
The Frenchmen Hotel, which unsurprisingly sits in the French Quarter, simply had to be on this list. The hotel sits amid eccentric bars and rustic restaurants in the most popular part of town. This is a laid-back property; the exterior is a burnt-orange with iron balconies and numerous flags hanging from the front. The rooms are quaint and cozy, and just as relaxed as the rest of the hotel. There is also a fantastic pool in the courtyard where you can cool off on a hot day.
More info 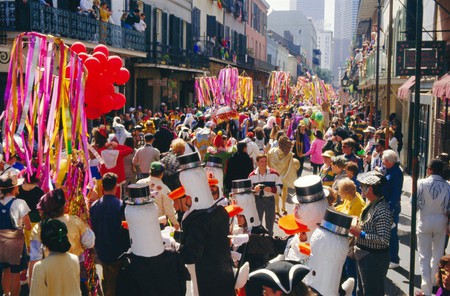 The incredible street party known as Mardi Gras had to be canceled this year, but that didn’t stop the locals from celebrating in style. The colorful floats that slowly travel around town were gone, so residents instead converted their own homes into uniquely decorated attractions. If you do end up in town later this year, the streets will once again start to fill up with curious visitors, but there’s a sweet spot to be found in spring. The streets won’t be too busy, the restaurants will welcome your business with open arms and the atmosphere will still be unforgettable. 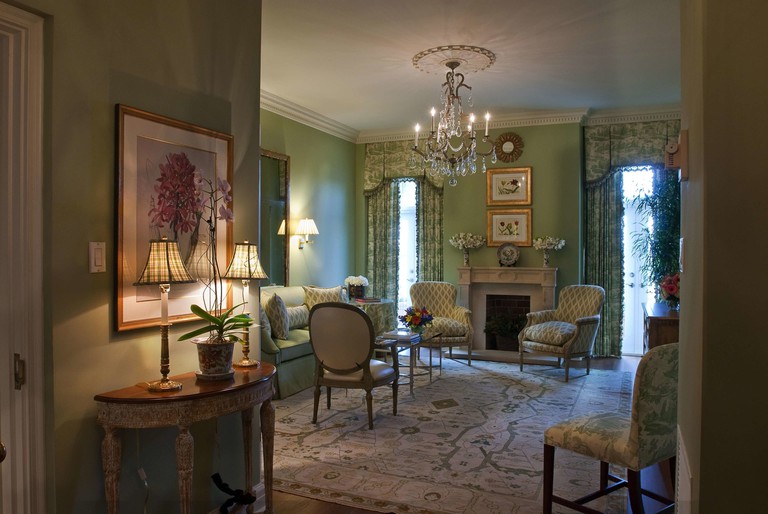 Courtesy of Hotel Monteleone / Expedia
View Rooms
Unavailable for the next 3 months
Hotel Monteleone, in downtown New Orleans, is just a few minutes from the French Quarter and a block from Bourbon Street, so the business and famous culture of the city are nearby. The luxury rooms are decorated in a traditional European style and designed for comfort. The hotel staff are extremely accommodating and can give you good guidance on the ins and outs of the city. One look around the place will get you straight into party mode.
More info 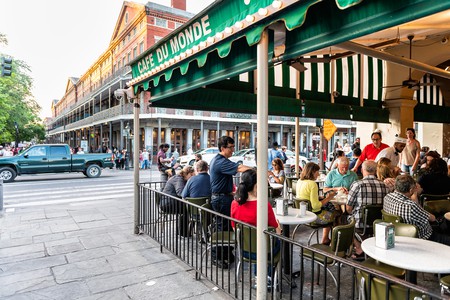 One of the main reasons to visit New Orleans is the incredible variety it offers when it comes to food. There are high-end restaurants here run by the best chefs in the country, but you’re better off experiencing the real side of town with some of the more authentic creole/Cajun cuisine found in almost every corner at street level. There are plenty of breweries and microbreweries in the Garden District to help ease the intense heat of the sweltering climate, and no trip to this part of the world is complete without a stop at Café du Monde. The shop has been serving coffee and traditional beignets since 1862, earning a reputation as the place that introduced Americans to the joys of pouring a little milk in their morning brew. 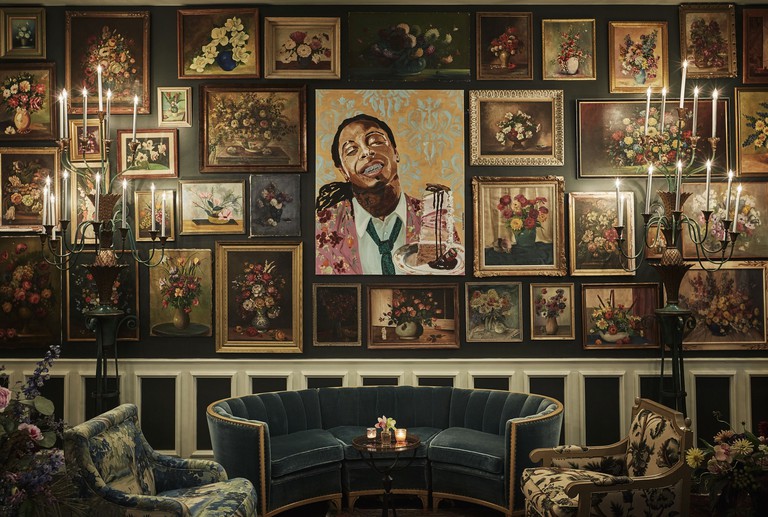 Luxury and old-school Southern charm make the Pontchartrain Hotel one of the most popular in the city. Housed in an architectural gem from 1927, it has regularly been voted among the best hotels in the world. Rumor has it that Frank Sinatra and Rita Hayworth both stayed here in the 1940s. Inside, the colorful, plush interiors reflect the vibrant city outside. There are dozens of comfortable suites to choose from, plus four restaurants and bars tapping into the best food and drink in the area. If you enjoy a tipple head up to the Hot Tin Rooftop Bar and sample some spicy cocktails served New Orleans style. 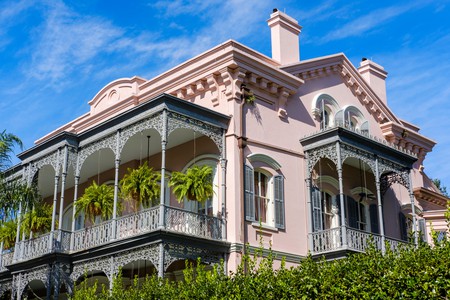 This historic part of New Orleans is often overlooked in favor of areas such as downtown and the French Quarter, but it would be a shame to miss it on your next trip to Louisiana. The collection of mansions and houses dating back to the early 20th century are some of the best-preserved examples of turn-of-the-century architecture anywhere in the Southern states. The grandiose buildings are easily reached from other parts of New Orleans via streetcar routes, and the area is often part of the ghost tours that are a hugely popular outdoor activity for paranormal enthusiasts. As this is a quieter part of town that is best seen on foot, it is perfect for anyone looking to visit in the spring this year. 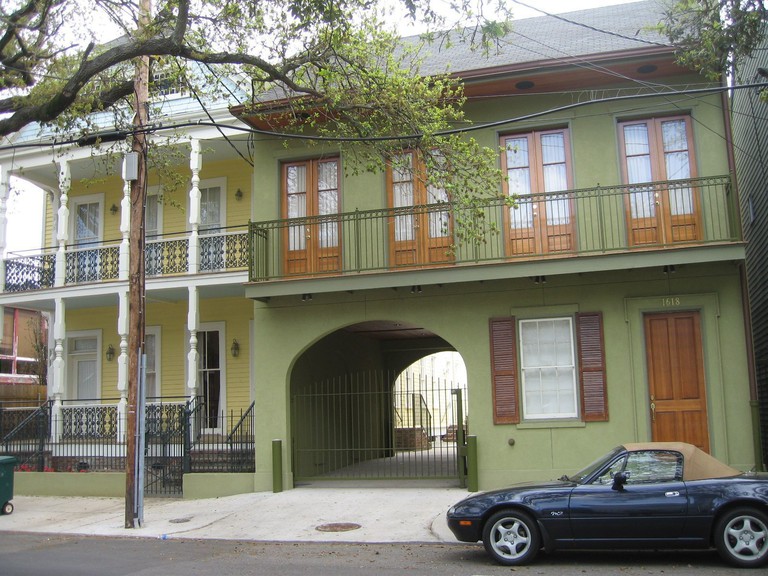 The Prytania Oaks Hotel, a boutique hotel in a mid-19th century Greek Revival double gallery house, is an adults-only oasis in NOLA’s Garden District. Offering 16 rooms with high ceilings and red heart pine floors, this hotel is the perfect choice for those seeking to enjoy a mixture of old-world architecture and contemporary lodging. Adjacent to the fabulous St Charles Avenue, the Prytania features lush landscapes, 24-hour front desk staff services, and a range of amenities including cable TV, wifi, and flat-screen TVs.