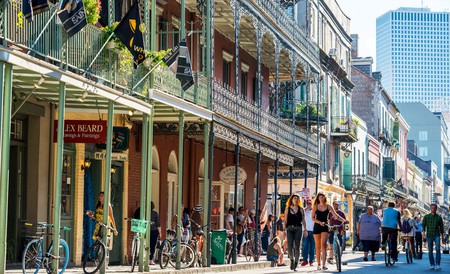 New Orleans is intoxicating in every sense of the word. From the rich Cajun and Creole flavors acting as an edible history lesson to the big band jam sessions transforming any nondescript street corner into a dance party, New Orleans is a destination where solo travelers can immerse themselves in Big Easy culture at every turn. 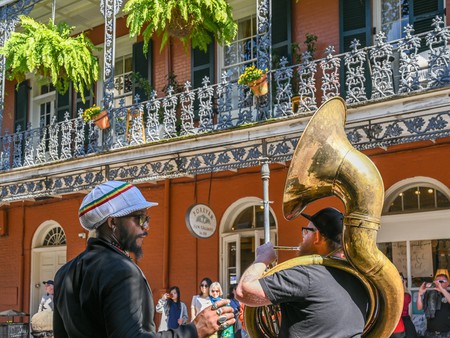 Larger-than-life flavors, music, and personalities spill from piano bars into the vibrant streets of New Orleans. It’s a jazzy affair where solo travelers can find a crowd to dance, dine, and drink with at all hours of the day and night.

Where to stay in New Orleans as a solo traveler 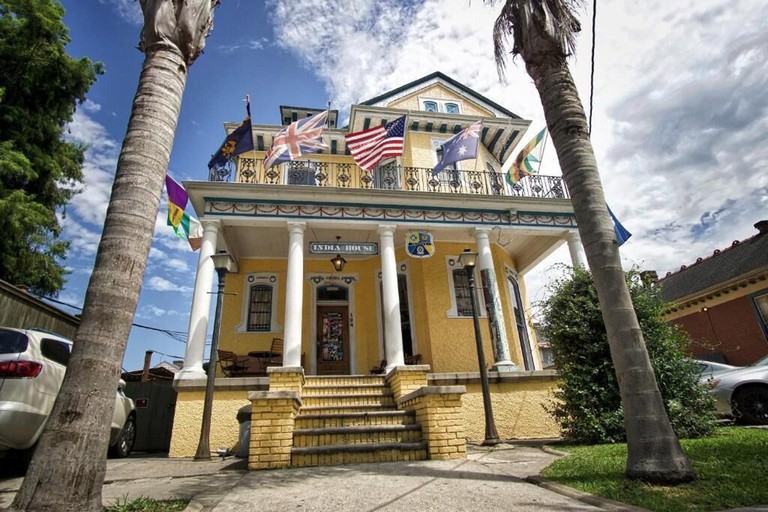 Courtesy of India House Hostel / Expedia
Private, single-sex, and coed dorms at India House Hostel allow you to rest within your comfort zone. The low price keeps your budget relaxed, too. Live music, pool parties, and crawfish boils are just a few of the daily icebreakers to get to know your bunkmates. With no curfew, your squad can hop on the Canal Streetcar and head to the French Quarter. 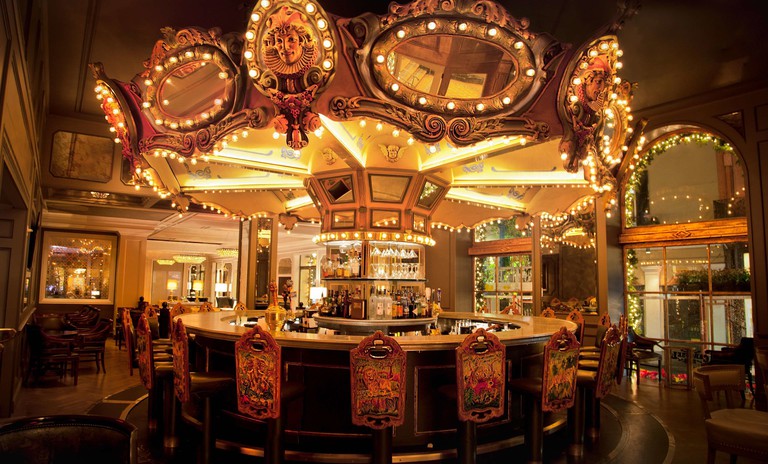 Courtesy of Hotel Monteleone / Expedia
A rejuvenating spa, river view suites, and a red carpet rollout for pets make Hotel Monteleone a lavish spot to sleep – just a few blocks from Bourbon Street. Take in panoramic views of the city or soak up the sun in the rooftop year-round pool. A half-mile walk brings you to the French Market’s Cafe du Monde, so you can start every morning at Hotel Monteleone with pillowy beignets and chicory coffee. 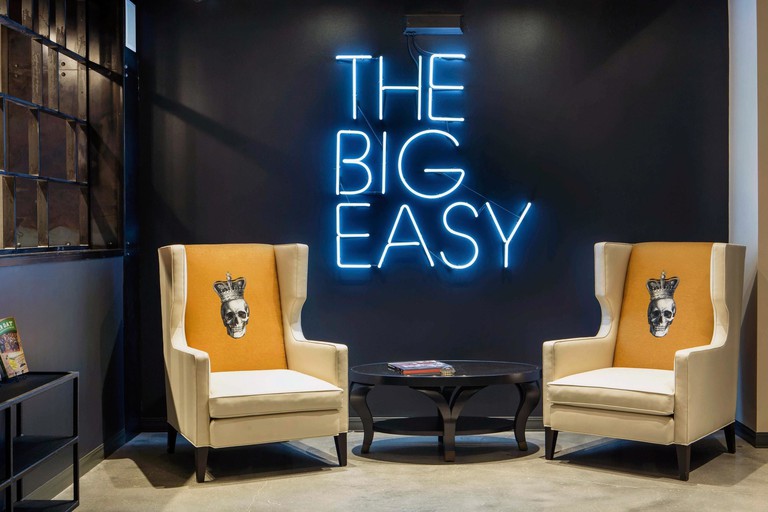 Pops of color as loud and lively as New Orleans jazz music fill the Cambria Hotel. This artsy retreat in the bohemian Central Business District has spa-like bathrooms and sitting areas for a little R&R after a long day of sightseeing. Refueling is a restful experience in itself, especially when you ease into a bowl of their Creole-style tomato bisque.

Where to eat and drink in New Orleans 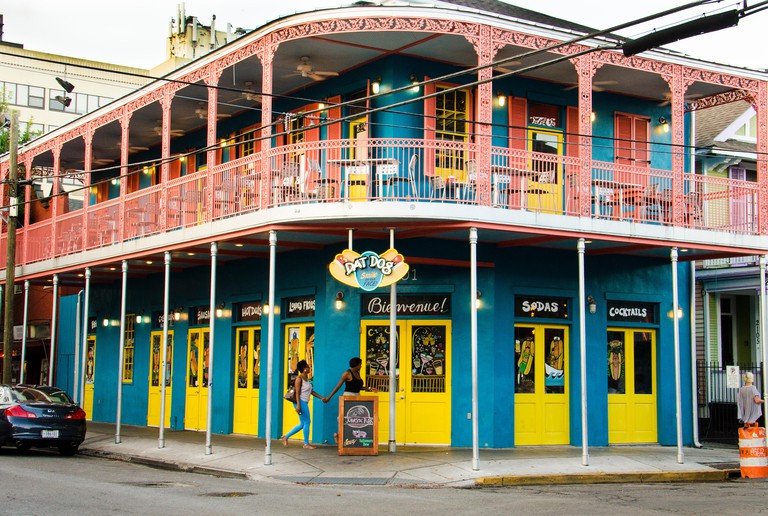 © Andriy Blokhin / Alamy Stock Photo
Dat Dog puts the best flavors of the Big Easy between two buns. This hotdog shop has three locations throughout the city – so you can munch on a crawfish etouffee dog before scoping out Lafayette Cemetery No.1, an alligator sausage topped with Creole mustard en route to Jackson Square, or a duck sausage with andouille sauce before shopping in Uptown. 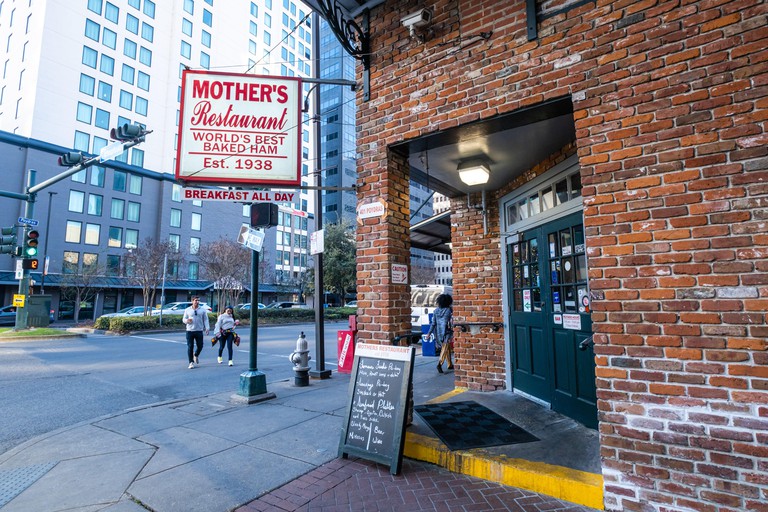 © William Morgan / Alamy Stock Photo
A New Orleans institution dating back to 1938, Mother’s Restaurant is well worth the wait. A Famous Ferdi Special – their iconic roast beef and ham po’boy drowned in their delectable debris with au jus – will stretch your smile and your waistband. If your stomach is up for the workout, the bread pudding with brandy sauce is a must. 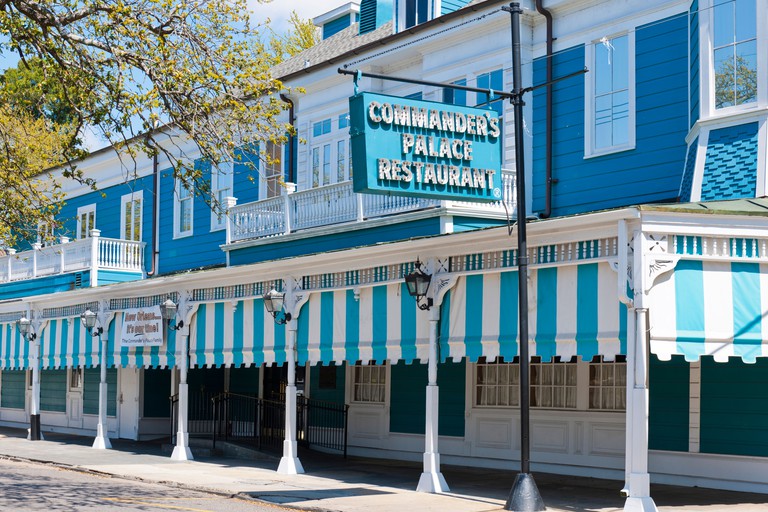 What to do in New Orleans as a solo traveler 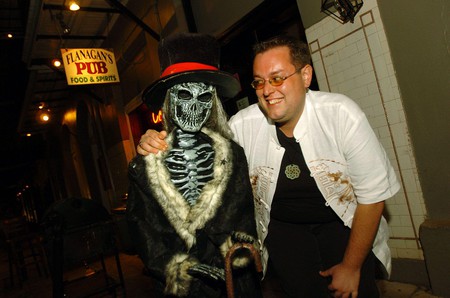 Drinking up the extensive bar scene in New Orleans is a must; why not order up a spookier type of spirit while you’re at it? Supernatural sightings, voodoo culture, and literal historic haunts are on draft during a haunted pub crawl through the city. A range of tours is available for those who are in it for the pints or for the frights.

Dance in the streets with fais-dodo or zydeco lessons 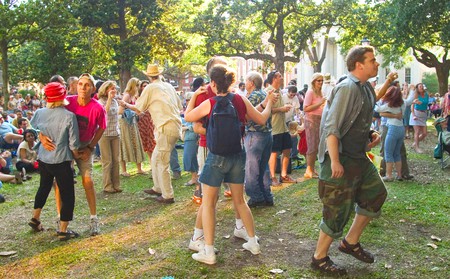 The sounds of the city will provide a literal soundtrack to your jig through NOLA, and it’s mighty handy to have a few new dance moves at the ready. Traditional Cajun fais-dodo and Acadian zydeco lessons are great ways to meet a new dance partner, learn about pre-New Orleans culture, and get down in style at local clubs like Tipitina’s.

Slowly explore the swamp on a kayak tour 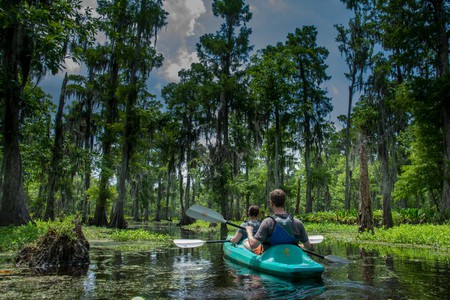 For a real feel of the bayou, get out on the water during a kayak tour | © Danita Delimont / Alamy Stock Photo

Discover the oldest side of New Orleans when you venture into Manchac Swamp, only 30 minutes from downtown. Rumor has it that this bayou is haunted, and the ruins of the Ruddock ghost town certainly reinforce that notion. A ghoul probably won’t rock your boat as you paddle down the waterways, but a gator wading on the surface might give you a fright.

A kayak tour through the Bayou Manchac is just one of the many diverse activities you’ll experience on Culture Trip’s four-day New Orleans tour, led by our Local Insider.

With a seemingly never-ending party atmosphere, it’s important to still use caution when exploring New Orleans. The state of Louisiana sees relatively high levels of crime, but New Orleans itself is generally safer than other cities in the Bayou State. It’s not difficult to stay safe while having the time of your life in the Big Easy, as long as you take the precautions that you would in any major city.

The high concentration of people, police, and lighting in the French Quarter adds a level of security for solo travelers. It’s best to avoid walking alone through the city, especially at night or when you’re under the influence. Consider choosing a hotel near major attractions like Jackson Square or Bourbon Street, and calling for an official taxi, pedicab, or rideshare to safely get from place to place around the clock.

Getting around New Orleans as a solo traveler 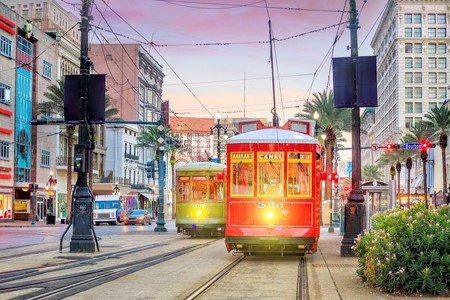 New Orleans is an easily walkable city, even if you’re aiming to visit Audubon Park, Bourbon Street, and everything in between. But you can quickly cut your step count with a handy set of wheels. Buses run throughout the city and rideshares are plentiful – but the coolest method of transportation is undeniably the streetcars. Four district lines originate from Downtown to Uptown, the Riverfront, CBD, St. Claude Arts District, and beyond.

You don’t have to drink, dine, or dance alone when traveling to New Orleans. Join Culture Trip’s four-day music- and food-filled tour of New Orleans for the chance to experience NOLA’s colorful communities as part of a small group of travelers who share the same hunger for culture.

This is an updated rewrite of an article originally by Sarah Ravits.