A Local's Guide: How To Spend One Day In New Orleans 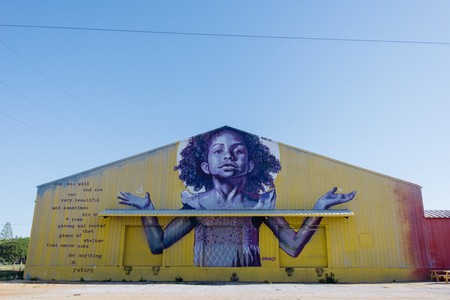 So you’re visiting one of the most unique cities in the world, New Orleans, but you’ve only got 24 hours on the clock? All you need is comfortable shoes, sunscreen, an empty stomach and that laid-back NOLA attitude. This is Culture Trip’s one-day, local-inspired guide designed to show you what the Big Easy is all about.

If plans change and you have a bit longer to spend in New Orleans, you may want to book a spot on our specially curated four-day tour of the city.

No matter how you usually start your morning, rise up early and head to Yoga at the Cabildo for a peaceful, energy-boosting workout – you’ll be needing the pep later. The light-filled, unwinding temple, now a museum, is based inside a gallery that overlooks the historic Jackson Square, providing visitors with a memorable view of the place where the Louisiana Purchase happened in 1803. The hour-long class, which welcomes you no matter what your level of practice, is run on Saturdays and costs $20.

Breakfast at Café Beignet and a Royal Street gallery stroll

Now that you’ve got the motor running and have had a chance to explore one of the city’s national historic landmarks, walk to Café Beignet, a tradition among locals, for the quintessential NOLA breakfast. The picturesque coffee shop, which hosts daily, live entertainment by Steamboat Willie’s Jazz Band, features a Cajun-inspired menu offering guests everything from andouille sausage and crawfish omelettes to Belgian waffles and muffalettas. After filling up the tank with some of New Orleans’ must-try specialties, order a to-go bag of beignets, New Orleans’ most iconic dessert, and take a postprandial stroll through Royal Street, a strip adorned by one of the greatest concentration of galleries in the South. 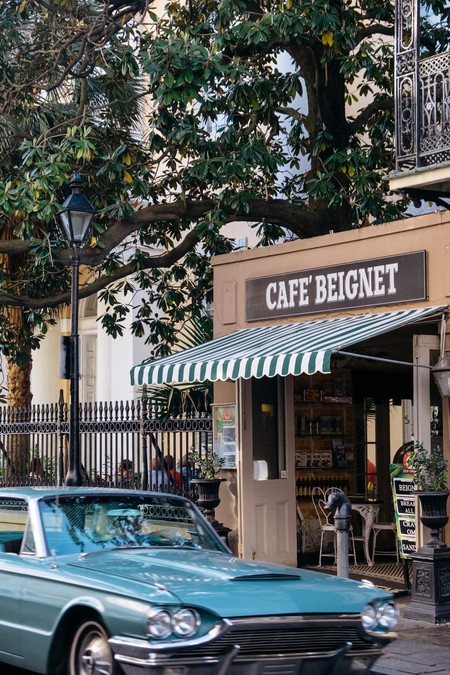 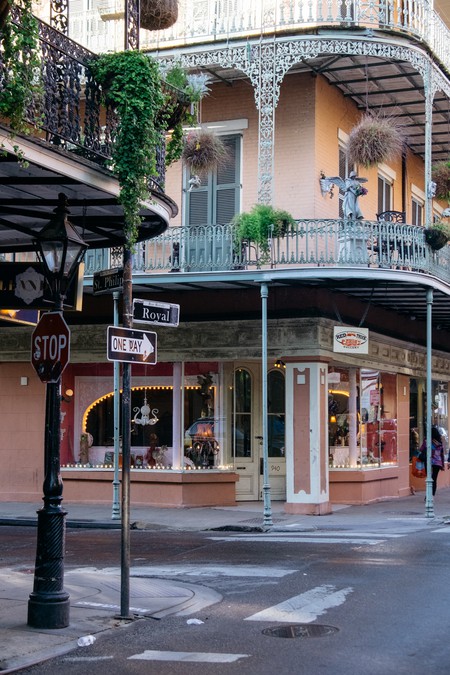 No visit to NOLA is complete without a tour of the historic French Quarter. You can opt for a two-wheeled tour thanks to bike hire companies like Buzz NOLA Bike Tours and Rentals and Bull Frog Bike Tours – these tend to last about 90 minutes – or follow a local insider through the storied neighborhood as part of Culture Trip’s four-day trip to the Big Easy. Must-see locations around the Quarter are The Historic Saint Louis Cathedral, Jackson Square, Bourbon Street and the French Market. 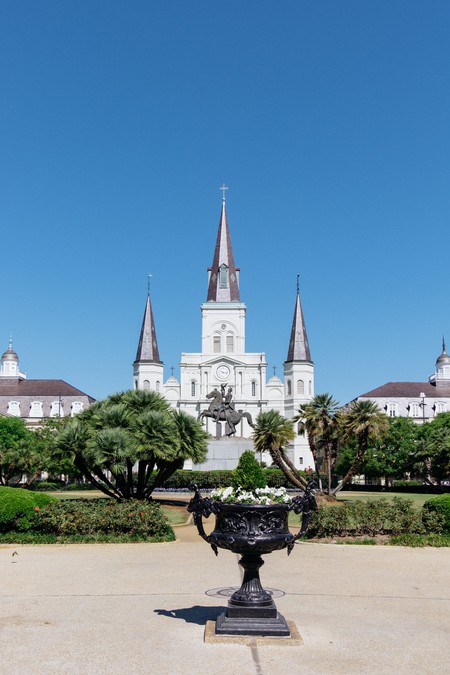 Lunch at Cochon Butcher or Carmo

Recover from the cruising excursion by sampling some local fare in the trendy Warehouse District. Cochon Butcher, a deli and wine bar inspired by Old World charcuterie shops and housed in a stylish warehouse behind the award-winning Cochon, serves up locally sourced Cajun-inspired sandwiches, small plates and daily specials. They smoke and cure all meats in-house, so stop by and try a Louisiana staple like the muffaletta or hot boudin.

If meat is off the menu, try Carmo – a nearby tropical cafe built on the rich, multicultural culinary influences of New Orleans that caters to vegans, vegetarians and omnivores alike with a range of unique, flavorful and healthy dishes served in a cozy, artful atmosphere.

After lunch, make your way to St. Charles Avenue and hop on the famous St. Charles Streetcar for a ride around aboard the oldest continuously operating streetcar in the world. The 13-mile loop, which costs $1.25 and usually runs for an hour, travels through the oldest and most majestic section of Uptown, New Orleans, passing by dozens of antebellum mansions, historic monuments, city parks and shops, as well as Loyola and Tulane universities. 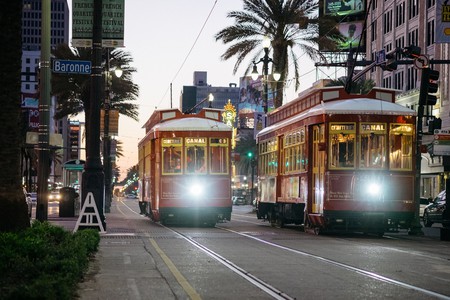 Hop off the St. Charles Streetcar and walk to Magazine Street, a colorful six-mile-long stretch filled with an eclectic mix of specialty boutiques, historic architectural styles, art galleries, unique pubs and dining venues, among other attractions. Whether you’re in the mood for shopping or just a leisurely stroll, Magazine Street is guaranteed to delight and will give you a glimpse of New Orleans you’ve probably never seen before. 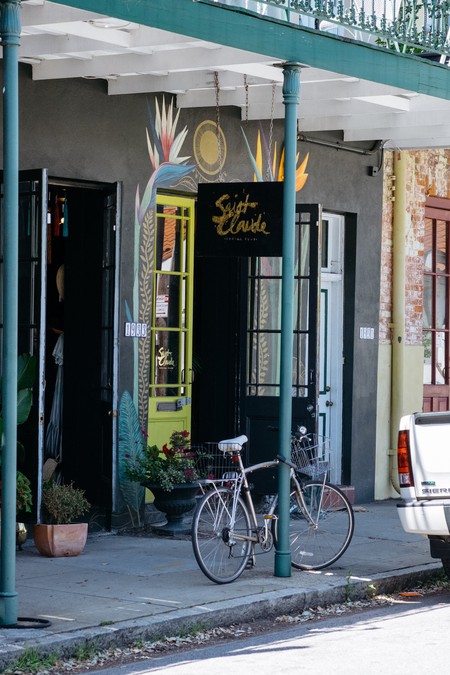 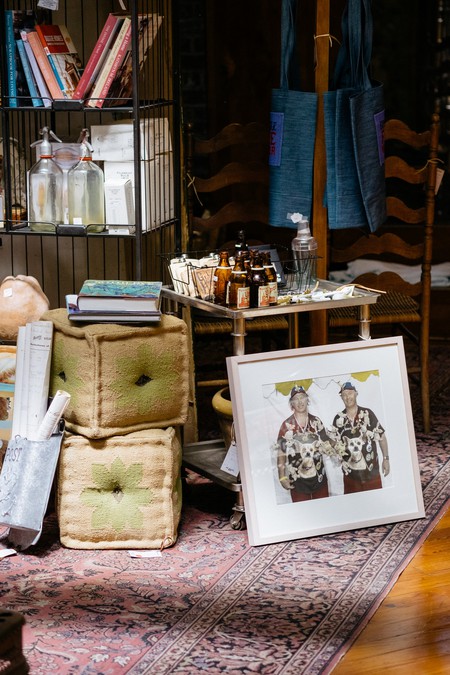 Dinner at Port Of Call

Following your Uptown stroll, head to Port of Call for one of their world-famous hamburgers or steaks. The 1963 eatery, located in the historic Esplanade Avenue in the French Quarter, opens seven days a week for lunch and dinner and features delicious eats such as the New York strip and the mushroom cheeseburger, which comes with baked potato and butter, as well as lettuce, tomatoes, onion and pickles on the side. Be sure that, while waiting to be seated in the no-reservation restaurant, you try a ‘Port of Call’ (the bar’s staple drink), and take home a famous souvenir go-cup.

Once dinner has been served, walk to Frenchmen Street, a stretch in the Faubourg Marigny neighborhood famous for its live music venues and street performers. The nightlife strip houses many bars and venues where travelers can groove to everything from jazz and salsa to reggae and country music seven days a week. Take a quick stroll through the Palace Market, an outdoor marketplace filled with artwork, jewelry and gifts from local and regional artists. 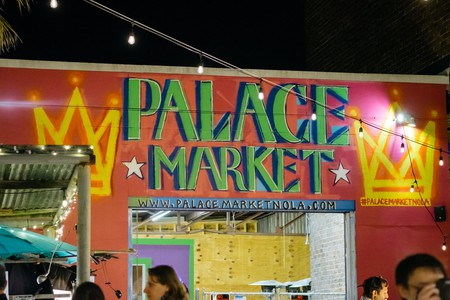 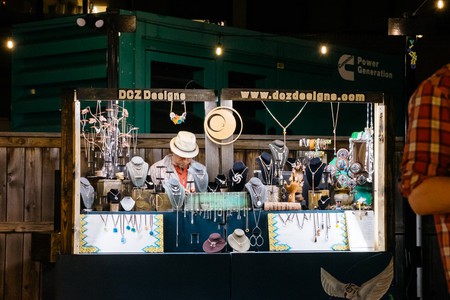 After your Frenchmen Street stroll, head to the Allways Lounge for an authentic New Orleans burlesque experience. The Marigny cabaret club, designed as a place where artists can perform alternative theater, plays and indie music concerts, features Bella Blue’s Dirty Dime Peep Show, known as one of the most exciting burlesque performances in the city.

If you’re still with us after watching Bella Blue perform her popular burlesque set, cross the street to Hi-Ho Lounge, an underground alternative live music and arts venue featuring genres ranging from hip-hop and disco to funk and jam. Regarded by locals as one of the original free venues in the Faubourg Marigny, the Hi-Ho lounge is a guaranteed move-breaker. Beyond the music, the bar offers visitors drink specials everyday and inexpensive small plates made with local ingredients.

Still out and have a hankering for one last New Orleans dish? Swing by Verti Marte, a 24-hour deli housed in the back of a small grocery famous for its late night offerings. Grab one of its delicious dishes or inventive po’ boys, New Orleans’ most famous sandwich served on French bread. Try the “All that Jazz” or the “Shrimp Philly.” Pro tip – Verti Marte is cash only.