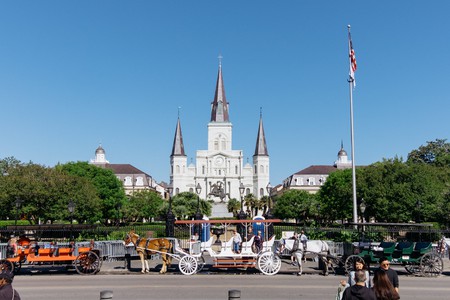 What began as a trading camp where French voyageurs met to exchange goods is now one of New Orleans’ most cherished and best known locations: the historic Jackson Square.

Since its 1721 inception, this French Quarter park has witnessed a city grow from the ground up and transform into what it is today: one of the nation’s most fascinating and energetic cities. Today, Jackson Square is an icon of New Orleans and a national historic landmark recognized for its pivotal role in the Crescent City’s life story. Follow us as we guide you through the past life of the 18th-century square that has stood as New Orleans’ emblem for almost 300 years.

A few years after New Orleans’ 1718 founding, Louis H. Pilie, a landscape architect from France, organized the Port City into a formal colony by sketching a layout inspired by one of the oldest squares in Paris: the famous 17th-century Place des Vosges. Centering this French colonial blueprint was Place d’Armes, a one-block common area designed to be used as a military parade ground and an open-air market. Due to its central location, which originally overlooked the Mississippi River’s port across Decatur Street and stood alongside both a church and the governor’s mansion, the public square became not only a focal point for local shipping and commerce, but also the heart of everyday life in New Orleans. 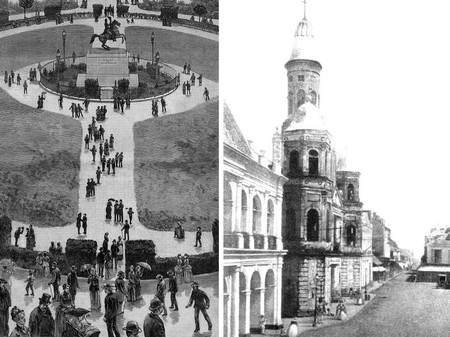 Place d’Armes, or “Plaza de Armas” (as Spaniards called it), ran under the colonial administration of the French, the Spanish, and the French again until the 1803 Louisiana Purchase, which took place at New Orleans’ public square. With the Louisiana territory land deal made with France, the United States acquired approximately 827,000 square miles of land stretching from the Mississippi River to the Rocky Mountains—the largest territorial gain in US history.

Throughout the 18th and early 19th centuries, Place d’Armes became notorious as the site where public executions took place. Following the 1811 German Coast Uprising, known as the country’s largest slave revolt, three slaves were hanged at the square and the heads of some of the executed were put on the city’s gates.

The Battle of New Orleans

During the first half of the 19th century, Place d’Armes was renamed Jackson Square in honor of the hero of the 1815 Battle of New Orleans, Major General Andrew Jackson. After Jackson, led by a force of 4,500 army regulars, frontier militiamen, free African Americans, slaves, city aristocrats, Choctaw tribesmen, and even notorious pirates, such as Jean Laffite, secured a victory over the British, who were trying to invade the Port City’s newly purchased territory, his name vaulted into national stardom. He not only earned the eponym of New Orleans’ most prominent destination and an equestrian statue of himself in the center of the park, but also enough respect and admiration to secure the 1829 US presidency. 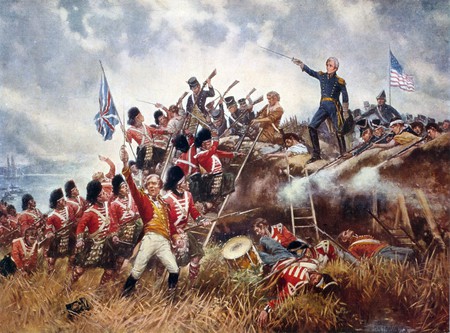 The Battle of New Orleans | Painting/Library of Congress

Since the late 19th and 20th centuries, and now into the 21st, Jackson Square has converted into an open-air artist colony, gathering painters, caricaturists, portraitists, musicians, jugglers, magicians, and fortune tellers—to name a few—from all over the world. The square has also been featured in many movies and television shows, including films such as Angel Heart, The Curious Case of Benjamin Button, King Creole, and television series like K-Ville, Treme, Memphis Beat, and The Originals. 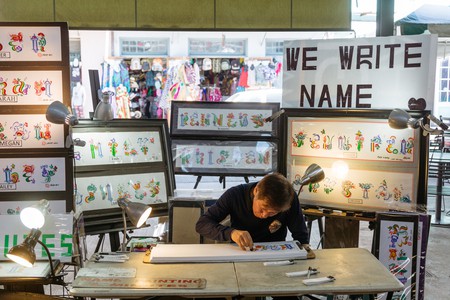 Today, surrounded by historic buildings, including the St. Louis Cathedral, the Presbytere, and Louisiana State Museums, as well as a mix of commercial and residential properties, Jackson Square stands as one of the French Quarter’s most popular destinations. Chief locations around the square include the 1940s Pontalba Buildings (the oldest continuously-rented apartments in North America), the Jax Brewery Building (the original home of a favorite local beer—now a shopping mall filled with restaurants and specialty shops), the renowned Café du Monde (serving chicory-brewed café au lait and beignets since the Civil War days), and the French Market (originally a Native American trading post). 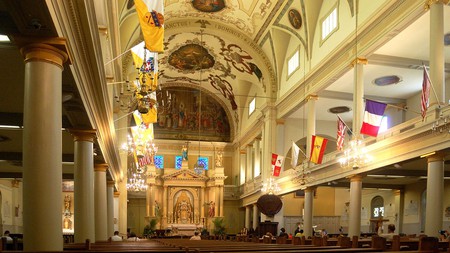 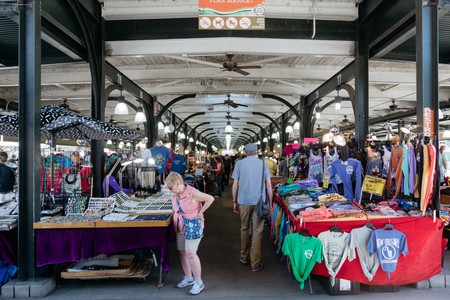