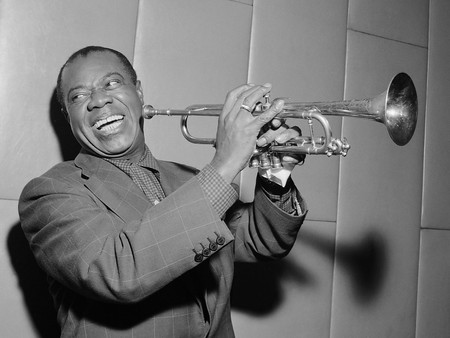 Lauded as the most important and influential figure in the history of jazz music, Louis Daniel Armstrong was born on August 4, 1901, into a poverty-ridden section of New Orleans named Back O’ Town. As a young boy, Armstrong dropped out of school and began singing and playing musical instruments on street corners to both earn a living and help his single, teenaged mother, who, after being abandoned by the family’s father, was often forced to resort to prostitution to provide for her family.

Even though Armstrong spent much of his boyhood by his grandmother’s side, he found a second home while working a series of odd jobs for the Karnofskys, a local Jewish family who not only treated him as another family member but also encouraged his musical talents, loaning him five-dollars to buy his first cornet instrument. 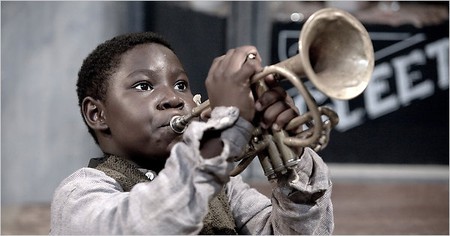 Growing up during the early 1900s near musical melting pots like Back O’Town and Storyville, where jazz as a music genre was beginning to be defined, the young street performer taught himself how to play the cornet by paying close attention to the emerging music scene that was taking place inside many of New Orleans’ dance halls, saloons and honkytonks.

However, Armstrong’s first contact with formal musical training came in 1912 at the Colored Waif’s Home for Boys, where he was sent after firing his step-father’s pistol into the air during a New Year’s Eve celebration. It was inside this detention facility that Armstrong claimed, ‘me and music got married.’ He would serve an 18-monts sentence, learning how to play the bugle and the cornet under the influence of the Waif’s Home’s music teacher, ‘Capitan’ Peter Davis. 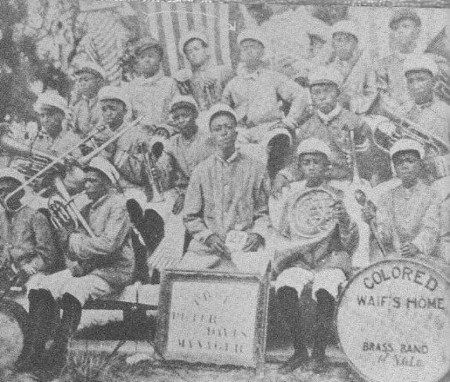 The arrow at the top of this photo points to Louis Armstrong at the age of 11, a member of the ‘Colored Waifs Home’ band | © NationalArchieves.

By the time of his 1914 release, Armstrong’s longtime love affair with music took a more serious turn when he started learning about older musicians such as Joe ‘King’ Oliver (who later became his mentor), Buddy Petit and Kid Ory. Playing with a number of bands around the city, he became a popular New Orleans jazz player while still on his teens. Then, in 1919, Armstrong landed his breakthrough gig performing with a band led by musician Fate Marable aboard the paddle steamer Sydney, where he would first be exposed to musical literacy and fine-tune the improvisational techniques that would become his signature.

After leaving the Crescent City in 1922, the entertainer spent three years playing with jazz ensembles between Chicago and Harlem. Soon he became very famous and successful, landing him the deal of his career as Chicago’s Dreamland Café’s featured act. Only a few days after his Midwest return, OKeh Records allowed him to make his first self-titled recording, and by 1928, him and his Hot Five and Hot Seven backup bands had not only had the opportunity to produce records, but had also introduced the jazzman’s improvisational trumpet solos and trademark unparalleled scat singing to the world. 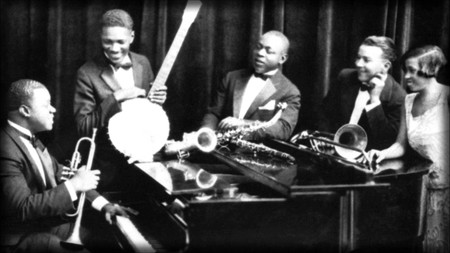 While Armstrong, who soon became known to his audiences as the beloved ‘Satchmo’ and ‘Pops,’ experienced one of his most productive periods as the leader of his backup bands. His career’s popularity reached new heights during the late 1930s, when he toured countries like Britain, Denmark, France, Scandinavia, and Holland – a major milestone for any performer, especially a young black musician living inside Jim Crow’s America. He would also venture into films, becoming the first African-American to get featured billing in a major Hollywood movie. 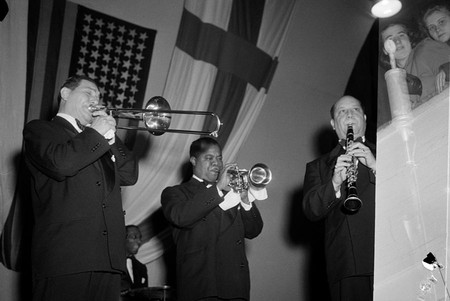 Soon after releasing a string of famous recordings such as Blueberry Hill, That Lucky Old Sun, La vie En Rose, and I Get Ideas throughout the 1940s and 1950s, Satchmo continued to enchant the world beyond New Orleans with his powerful gravelly voice, infectious smile, and remarkable ability to convey human emotion while playing his virtuoso trumpet solos. 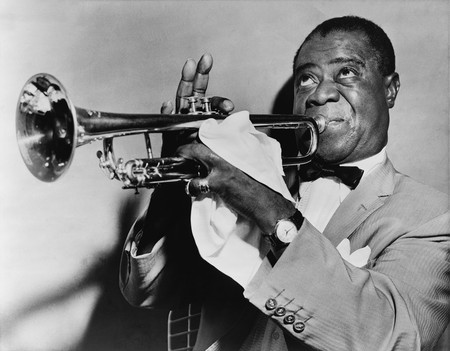 Though never frequent to speak out against racism, Armstrong famously let loose over segregation in 1957 after President Dwinght D. Eisenhower failed to desegregate the schools in Little Rock, Arkansas, which were preventing a group of black students from attending an all-white high school. When asked about the incident in an interview, Armstrong said, ‘The way they are treating my people in the South, the government can go to hell,’ and added that President Eisenhower was ‘two-faced’ and had ‘no guts’ for refusing to properly deal with the issue when it first happened.

By 1963, Armstrong, 62 at the time, had become an accomplished musician. He had played for presidents and royalty from Europe to Africa, released multiple number one records and singles, and toured internationally as a special envoy for the U.S. State Department. Throughout it all, he proudly promoted his love for New Orleans with pride, dignity and charm. He had become the oldest musician in American history to have a number one single, when his track Hello, Dolly! soared to the top of the charts, replacing two songs by The Beatles, who were then at the height of their run. Later with a Grammy for Lifetime Achievement award, he’d become the epitome of the American Dream, a young boy from the Southern slums who grew up to a life that has left a permanent mark on history. A true rag to riches story. 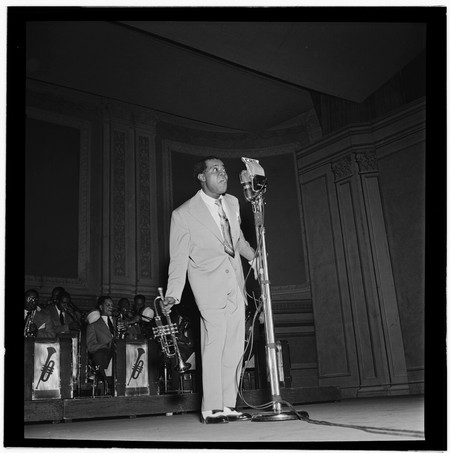 Nonetheless, perhaps Louis Armstrong’s most influential legacy still remains in the way that he, with grand trumpet-playing skills and the unselfishness that characterized his persona, taught an extremely racially divided America to see talent before skin color. 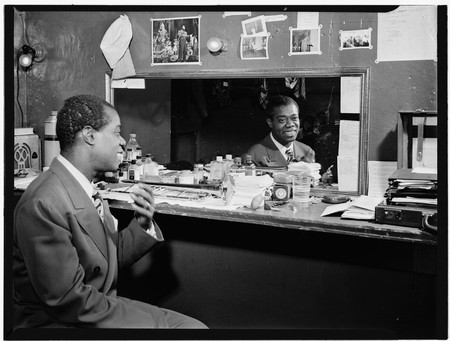 Portrait of Louis Armstrong | © Gottlieb, William P/National Library of Congress
Give us feedback