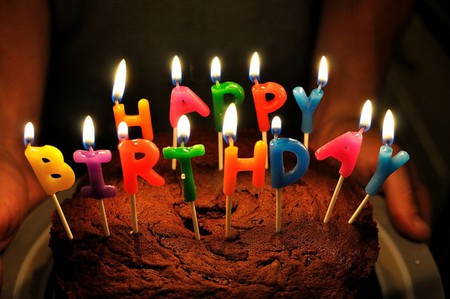 In 1718, a bold Frenchman named Jean-Baptiste Le Moyne de Bienville officially founded the city of New Orleans and named it in honor of then-Regent of France, Philip II, Duke of Orleans. Over the years, the city changed hands to the Spanish, then back to the French, before it was purchased by the United States in the famous Louisiana Purchase. As the city celebrates its 300th birthday, there is much to reflect upon and celebrate. The milestone is being observed across the city with officially commissioned events, along with dozens of exhibitions, street parties, concerts and more, all intended to honor the past while looking toward a vibrant future. We’ve compiled some of the coolest tricentennial events below. Some are single-day fetes, while others will last for months.

Open through July, this exhibition at the Louisiana State Museum’s Cabildo in Jackson Square features hundreds of historic artifacts, documents, and art pieces that explore the city’s Spanish influence. It delves into the Spanish support of the American Revolution, and its cultural connections that are seen today, including architecture and cuisine.

The Historic New Orleans Collection, a famed museum, research center, and publisher dedicated to the study and preservation of the history and culture of the Crescent City, hosts several exhibits throughout the year that are open to the public in its picturesque, French Quarter location (which was once the home of playwright Tennessee Williams). This exhibit brings together an array of rare artifacts from the Collection’s holdings, as well as from other institutions across Europe and the USA. These artifacts help viewers learn more about the city during its founding days. There’s enlightening information about the region’s Native American tribes, the historic waves of European immigration, and the forced migration of enslaved African people. Large-scale reproductions and interactive items are a major part of this exhibit, which is on display until the end of May 2018.

For the past several years, the Cultural Exchange Pavilion at the New Orleans Jazz & Heritage Festival (which ends May 6) has celebrated cultures and countries with unique ties to the city, bringing in artists, musicians, historians, and demonstrators from around the world. This year, the Cultural Exchange Pavilion will pay homage to its own city by bringing in a wide range of creators, who are preserving the city’s traditions through art, music, crafting, and other disciplines. The tented area will host an Italian-American decorative cane maker, Irish-American demonstrators, voodoo practitioners, members of the Mardi Gras Indian tribes, Mexican sugar-skull makers, jazz singers, brass bands, French artists, Cajun influencers, and many others who collectively represent the multitude of cultures that have left their mark on the city.

As New Orleans has been labeled a “melting pot” of cultures over the years, it isn’t surprising that the Scottish heritage is also present in the community. It is surprising that it isn’t often talked about. On April 29th, the Caledonian Society of New Orleans, which was founded in 1972, will host a family-friendly festival presenting Scottish music, dance, and other traditions brought over by early Scottish immigrants.

© The Caledonian Society of New Orleans

In June, local and global leaders will gather in New Orleans to discuss the unique challenges that women and girls face today. Solution-focused panel discussions and seminars are among the highlights of the summit, as thought leaders will share their expertise on topics, including healthcare, human rights, housing, education, and ways to empower women and girls.

With a nod to its ever-present French heritage, as well as its love of culinary experiences, The Tricentennial Fête des Fromages is a celebration of cheeses from around the world, appropriately hosted by the French-American Chamber of Commerce. The fete will be held at the Old U.S. Mint in the French Quarter, giving epicureans and casual fans of cheese the chance to celebrate these delightful dairy products.

This visual initiative was formed by the esteemed Arts Council of New Orleans in 2014, bringing together a collective of contemporary artists and visionaries who showcase elaborate light shows, using New Orleans historic and iconic architecture as a backdrop. Known as Luna Fete, it is held every year in December, and is a family-friendly, colorful scene to watch unfold in the city’s Central Business District. The creative, psychedelic festival of lights and large-scale art installations reveal the vibrant, tech-savvy and forward-thinking community that is New Orleans.

Across town, New Orleans restaurants and bars are tailoring their menus to draw a little more attention to the city’s important birthday. At various restaurants, you can find deals, traditional dishes, and, of course, a variety of creative cocktails that pay tribute to NOLA’s heritage.

Technically, you can take a tour any time, but New Orleans’ 300th anniversary is a great time to delve a little deeper into its most famous celebration. At Mardi Gras World, you can check out (and even try on) costumes, but don’t forget to learn about how the big, colorful floats are made from scratch, from the building process to adding the final decorative touches.