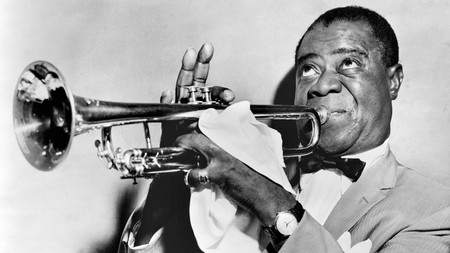 One of the founding fathers of Jazz, Louis Armstrong plays the trumpet in the 1950s | © IanDagnall Computing / Alamy

New Orleans’ music history is derived from a multicultural melting pot of unique rhythms and rhymes. Here, we round up the five genres responsible for crafting NOLA’s distinctive music culture.

Founded in 1718, New Orleans has been the birthplace of many of the world’s most influential musical beats. It has successfully melded together every tradition and ethnicity that has found its way into the city. It’s responsible for birthing – or at least contributing to the development of – seminal music styles that are now known and loved across the world. By implementing elements including Congo drums, European horns and raw lyrics, these genres captivate listeners from all walks of life. No matter where you go, you’ll hear melodies floating from shops, bars, concert halls and street corners as musicians play their hearts out. They call NOLA home and are responsible for creating the Crescent City’s world-renowned musical legacy.

Developed at the beginning of the 20th century, traditional Jazz, also known as Dixieland, was a groundbreaking genre that originated from the African American communities living in New Orleans. Jazz’s early days began with Papa Jack Laine’s musical formation, which included hundreds of city musicians from diverse ethnic groups and social statuses. Following his formation came the emergence of artists like Buddy Bolden and Bunk Johnson, as well as members of the Original Dixieland Jazz Band, who were all instrumental in forming the world-famous genre we know and love today.

This musical form got its name from a slang term dating back to 1860 that meant “energy” or “vitality”. Even though the term “jazz” became common during the early 1900s, when musicians like Freddie Keppard, Jelly Roll Morton, King Oliver and Kid Ory exemplified the music style, its backbone came from early influences, such as rural blues, ragtime and the free spirited improvisation of marching bands. Following its early success, second-generation artists such as cornetist and trumpeter Louis Armstrong, clarinetist and saxophonist Sidney Bechet, and pianist Jelly Roll Morton elevated Jazz to new heights and introduced it around the world. Women too, such as Bessie Smith, Billie Holiday, Ella Fitzgerald, Dinah Washington, Ethel Waters, Betty Carter, and Anita O’Day became musical icons for their jazz singing.

While it has changed a little since its early years, Jazz is still alive and well – and with its global popularity, certainly no longer just a New Orleans music style. Singers like Harry Connick Jr. (who has 10 number-one US jazz albums) continue to represent the genre while incorporating traditional jazz elements into his contemporary sound. 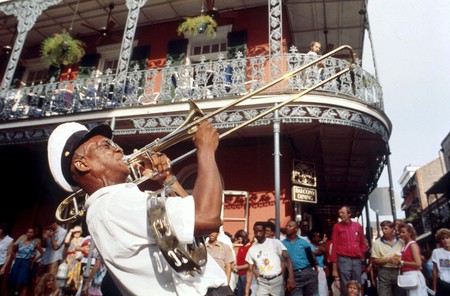 Birthed in the Mississippi Delta, just upriver from New Orleans, Blues has deep roots in American – and particularly African-American – history. It got its name from “blue devils,” which were feelings of melancholy and sadness. Radiating emotion more than almost any other music form, this deep-south genre is characterized by call-and-response patterns, blues scales, specific chord progressions, cathartic lyrics, bass lines and visceral instrumentation. With elements that trace back to the percussive music of Africa, Blues originated on Southern plantations of the 19th century, just after the ending of slavery and during the emergence of juke joints. Notable 1920s blues pioneers that took the genre and made it their own include Son House, Blind Lemon Jefferson, Lead Belly, Charley Patton and Robert Johnson. 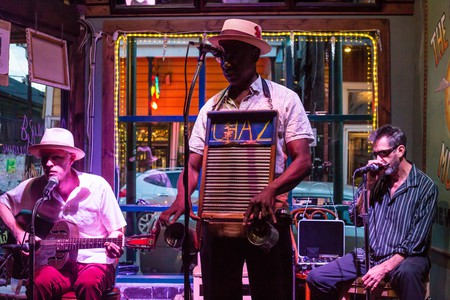 Rhythm and Blues, or R&B, is a New Orleans music genre that took root in the 1940s during World War II. It took the dynamic music of the Jazz Age and incorporated traditional blues and various African-American mainstream acts of the time. It soon became a cultural phenomenon with groundbreaking records by artists such as Fats Domino, Lloyd Price, Smiley Lewis, Professor Longhair, Irma Thomas and Frankie Ford. The genre turned a new direction and developed new qualities with 1970s artists like Dr John and the Neville Brothers, and today, the style that contributed to the development of rock & roll is kept alive by artists including New Orleans rap star Lil Wayne. 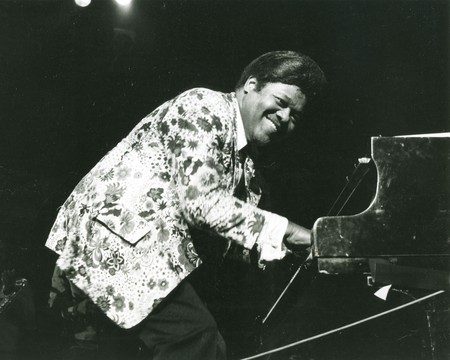 Zydeco, a New Orleans music genre created by Southwest Louisiana’s Black Creole community (a group of people of mixed African, Afro-Caribbean, Native American and European descent), was birthed at Saturday-night gatherings, where families and friends gathered to dance around a room pulsing with accordion-driven beats. Originally from Opelousas, Louisiana, this cross-fertilization of musical styles served as a way for rural southerners to express the hardships of everyday life in the South with grace, style and artistry. While early Zydeco masters date back to artists like Clifton Chenier (often hailed as the “King of Zydeco”), other influential voices include Grammy Award winners Rockin’ Sidney Simien, Buckwheat Zydeco, and Rockin’ Dopsie, as well as Goldman Thibodeaux, Beau Jocque, and Rosie Ledet. 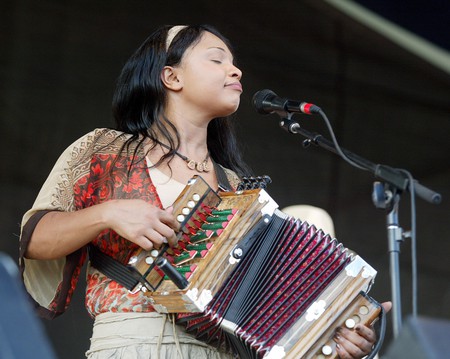 A music genre defined by a tempo ranging from 95 to 105 beats per minute, heavy brass band beats and Mardi Gras Indian call-and-response routines, Bounce is a southern roots manifestation of Louisiana’s hip-hop history. The relatively young genre that sprung from the efforts of rappers and DJs working in small nightclubs and block parties in the 1980s brought New Orleans’ own brand of hip-hop to life. It has since gone on to become one of NOLA’s most exciting and influential musical trends. Bounce came to dominate the groove scene during the early 1990s with records like Juvenile’s Do the Jubilee All, and has been carried to the present day by rappers like Big Freedia, Sissy Nobby and Vockah Redu. 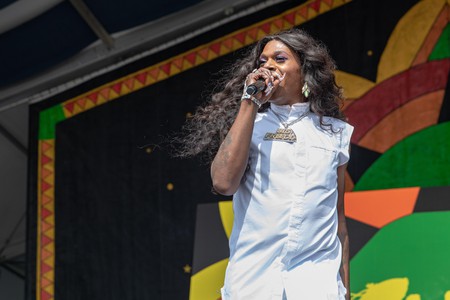