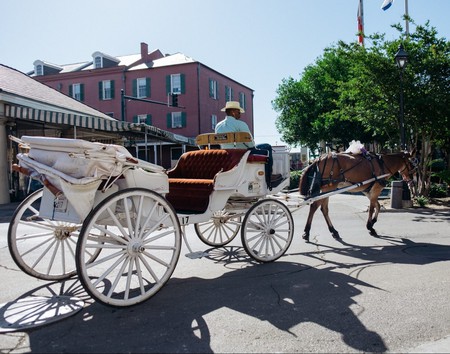 If you have ever visited New Orleans, you know that it has its own vocabulary, and the locals have their own way of communicating. Ever since its 1718 inception, the city’s multicultural settlers have woven their foreign expressions and pronunciations into the shared language and ultimately transformed the dialect into the special jargon it is today. The Big Easy’s linguistic evolution blended decades-old influences from a diverse scenario of cultures and communities. Here’s a crash-course of 15 phrases and words that’ll help you learn how to talk that NOLA talk.

Originating from the French form of pass, “pass a good time” is a phrase used by New Orleans natives when they feel it’s time to start having a good time. It is a recklessly pursuing chant for pleasure and fun. For example, if you go to Pat O’Brien’s and order a Hurricane to drink, you are bound to “pass a good time.” 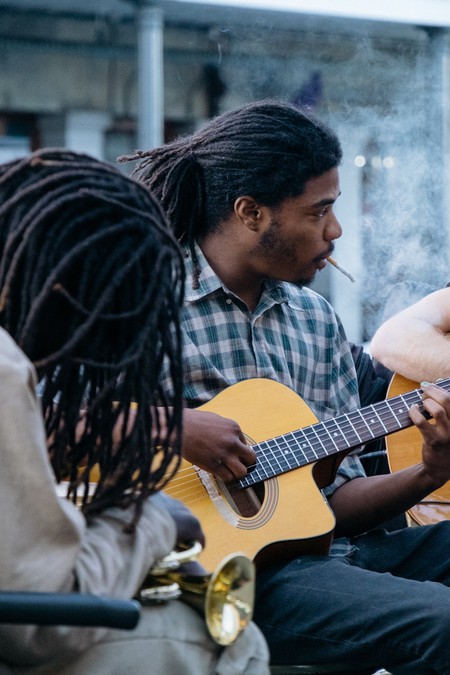 Pronounced as a French word, lagniappe (lan-yap) is a Cajun-French inspired noun that means “a little extra.” Often used to describe something good, this word is the NOLA-call for receiving anything extra, or better yet, receiving something for free. For example, if you order a Po-boy and you get a free side of fries with it, it’s called lagniappe.

A chant mostly yelled in support of the New Orleans Saints, “Who Dat?” is a colloquial expression that originated in minstrel shows and vaudeville acts during late 1800s and early 1900s. It was later taken up by jazz and big band performers in the 1920s and 30s. After the Saints scored their historic Super Bowl win in 2009, the phrase became a theme in the Crescent City and an all-around shout for a celebration. So, if you are watching the game at a local bar and the New Orleans Saints score a touchdown, you better scream “WHOOO DAT” at the top of your lungs.

With a rather ambiguous history, creole (kree-yol) is a French-Spanish inspired term that references pivotal components of the Big Easy culture. Early on, Creole was used to identify the white, rich elite citizens who were born in Louisiana, but were French descendants. As Creoles mixed with New-World-born slaves, free people of color, and mix-heritage descendants, the term gradually came to encompass people of color in New Orleans. As cultures further blended and infiltrated the whole city, the word became synonymous with the city’s overall culture, architecture, local accents, and most importantly, cuisine. 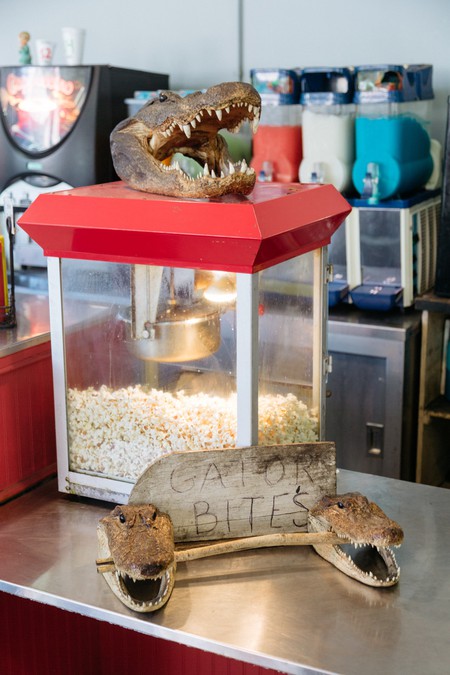 The word cajun (kay-jen) was derived from Acadia, a term used to reference Nova Scotia and other Canadian provinces, where French immigrants settled during the colonial era. It can seem quite confusing because it holds several different meanings. The first way in which it was used in NOLA was to describe the French-Acadians who, after refusing to swear an oath of loyalty to the British crown, immigrated from Nova Scotia to southern Louisiana in the 1700s. They weren’t comfortable in the city, so they lived on the land and the bayou, making a living by hunting, fishing, catching crawfish, trapping, and farming. A second way the word is used is to talk about the southern cooking style that emerged from this group of people; and a third way is to describe a French-inspired dialect that was spoken by the immigrants and preserved through the generations.

“Pinch the tail and suck the head”

No! This phrase holds no sexual connotation; it actually explains the proper way to eat crawfish (a freshwater crustacean and a New Orleans staple). The trick goes something like this: rip the tail from the body, pinch the tail to loosen up the spicy meat, and, after eating it, suck the head of the delectable critter, where you’ll find all the tasty juices and deliciously seasoned fat.

Best known for its association with Mardi Gras, krewe is an old English spelling for the word “crew.” The word, which is thought to have been coined in the early nineteenth century, refers to a parading club or organization that strolls around New Orleans during carnival season aboard a uniquely designed float. With parades scheduled every day for a month during Mardi Gras and others scheduled throughout the year, it isn’t hard to see how the word became popular in New Orleans.

Used colloquially before World War II, the expression fais do-do (Fay-DOUGH-DOUGH) refers to a Cajun dance party. How the term came to be used for dancing is a topic of debate among scholars. The term means “go to sleep,” and it is thought to have been used by mothers who would put their children to sleep before hitting the town and dancing the night away. A popular story about this phrase involves a special room at a town dance hall that was reserved for sleeping children. The children couldn’t hear the raucous and the parents could dance their hearts out.

“Where y’at?” is a traditional greeting used by New Orleanians who want to know what’s up. You are being asked, “how you are doing,” as opposed to the common out-of-town translation, “where are you?” For example, if you are wandering through the streets of the French Quarter and somebody asks you, “Hey (insert your name here), where ya’t?,” you should confidently respond, “Awrite.”

In New Orleans a Mardi Gras parade may as well be classified as a national sport, and the parade-goer is expected to participate in the action by catching whatever is being thrown at them from the passing floats, while yelling “throw me somethin’, Mista!” This phrase must be yelled at the tops of the lungs to get the parade-rider’s attention. Whether it be beads, plastic cups, or doubloons, a spectator’s success will be measured by the amount of “throws” he or she is able to catch by the end of the parade.

A quintessential Louisiana phrase, “laissez les bon temps rouler” is a Cajun expression meaning “let the good times roll” – that is, to make merry. Mostly associated with New Orleans and frequently heard during Mardi Gras celebrations, the saying conveys the joie de vivre (joy of living) that hangs in the city’s humid air. 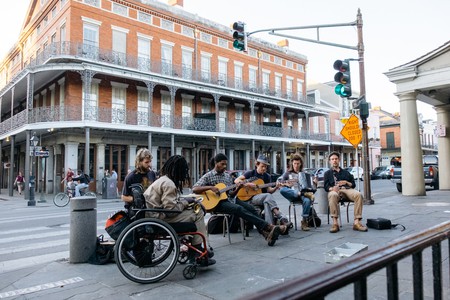 Howsyamammaanem? is a term spoken as one word that you will only hear from true New Orleanians. The phrase, often regarded as a true Southern salute, refers collectively to all of someone’s family members, but most importantly, his or her mother.

No, I’m not talking about the singer. Derived from French-speaking Cajuns and Creoles living in Louisiana, “cher” (sha) is an term of endearment used when greeting someone loved. For example, you may hear someone say this to their friend or loved one: “Mais, cher! I’m so glad to see you!”

Made with finely shaved ice and flavored cane sugar syrup, the snowball is the New Orleans equivalent to a snow cone. This Depression-era classic treat is a big deal in NOLA, not only because it has been one of the city’s staple desserts since the 1930s, but also because it gets pretty hot here during the summer (I’m talking 100 degrees with humidity), and a snowball is the perfect way to cool off . 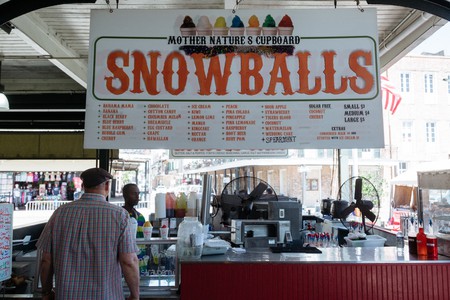 Originating in Africa, a “gris-gris” (gree-gree) is a voodoo amulet that holds a spell that can be used for nefarious or noble purposes. You might learn about someone putting a “gris-gris“ on someone, or using it as a force to ward off evil. Often used in jest now, the term can be used to describe the type of Voodoo belief system practiced by some folks in New Orleans. While the religion is still practiced today, Voodoo is also used to captivate the attention of tourists. You’ll find paraphernalia like dolls and baby alligator heads at markets and shops throughout the city, but if you want to learn the true history of Voodoo in New Orleans, visit the Historic Voodoo Museum. 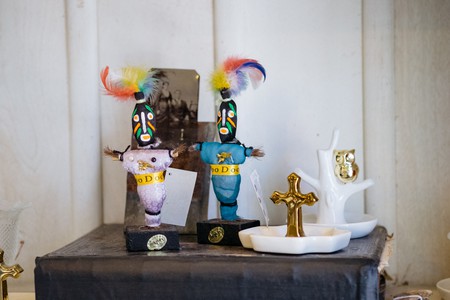