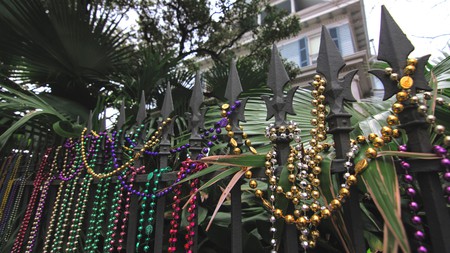 It’s one of the US’s great bucket-list cities, with a name that’s inseparable from cocktails, cooking, voodoo and all that jazz on Frenchmen Street. A weekend partying during Mardi Gras here is like a year in any other place – laced with rum and packed with revellers. From po’boy baguettes to ghost-tour tales, here are all the reasons why you must visit New Orleans.

If you’re hoping to visit in the near future, you can now book an exclusive, four-day music- and food-filled adventure with Culture Trip and discover the best of New Orleans live music and creole cuisine.

Mardi Gras is the greatest free show on earth

Handfuls of beaded necklaces and colorful coins zoom overhead as curiously costumed performers wave from enormous parade floats. Revellers swig luminous rum-laced red Hurricanes from take-away cups along Bourbon Street. The strains of marching bands and buskers mingle in the air. Taking place for two weeks around Shrove Tuesday – with the most fantastical parades in the five days around it – New Orleans’s all-day Fat Tuesday celebrations are unlike anything else you’ll experience. Time your visit to coincide with just a couple days of the festivities to see NOLA at its most raucous and hedonistic. 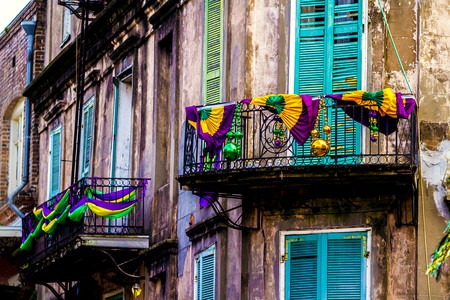 The seafood capital simmers with great food year-round, but crawfish season – early March to mid-June – sees a very specific dish crop up on New Orleans menus. Thousands of tiny red crawfish are boiled per day, seasoned and shovelled onto newspaper with corn cobs and potatoes, to be peeled and devoured by long communal tables of chattering punters. Big Fisherman Seafood and Frankie & Johnny’s are two of the more central venues, but locals routinely cross town for cult faves such as NOLA Crawfish King and Boil Seafood House.

It’s a haven for live music

This city is widely acknowledged to be the birthplace of American jazz, its musical textures brought in and shaped by slaves, Latin immigrants and gospel singers from across the South. There’s a spring Jazz Festival that brings aficionados from all over the world, but, truth be told, you’ll catch a killer trumpet solo or an eye-popping drum break in any given bar on any given night. Take a stroll along the colorfully painted, bohemian Frenchmen Street to find live trios and quartets packing out legendary spots The Spotted Cat, Blue Nile and Snug Harbor.

It can be a little spooky

One thing that sets New Orleans apart from other US tourist cities is its long tradition of voodoo, fortune tellers and phantoms, adding tons of colour to the local folklore. Ghost tours take you to dilapidated mansions with grim histories or atmospheric cemeteries, and superstitious tarot readers will tell you your fate in tea rooms, psychic shop fronts or at folding card tables down by Jackson Square. Palm-reading, tea-leaf readings and even contemporary voodoo ceremonies with living priestesses are all available – start your enquiries somewhere like International House Hotel, which hosts rituals throughout the year.

There’s a quaint, fairytale flavor to NOLA’s oldest neighborhoods, courtesy of the 17th-century French architects who colonised the city, adding turrets, spires and European-style squares. Head to the French Quarter to see its Creole Townhouse-style mansions, tall and multi-tiered with ornate wrought-iron trimming their balconies. Progress to the Garden District to see the wraparounds and columns of the Shotgun and American Cottage-style houses, often set in luscious gardens of palms and shrubs and strung with hanging baskets. 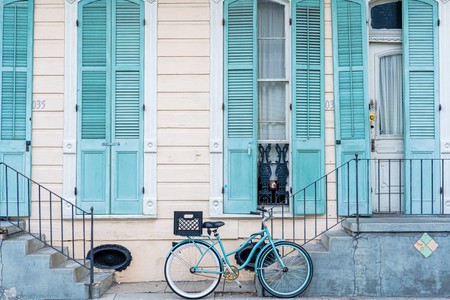 Beyond the city limits is ‘the bayou’ – the swamplands of the Mississippi Delta, teeming with alligators, turtles, ibis and wild boar. You can take to the serene, sultry waters on boat tours big and small, or by kayak if you don’t mind cruising at ’gator level; a handful of ‘eco-tours’ operate smaller group excursions on less-intrusive boats. Go in search of Cajun culture and cooking with a stop in Thibodaux, Lafourche Parish, with museums on the area’s French and Spanish-infused history, and plenty of gumbo and jambalaya to try.

It loves its nightlife

Don’t mistake the city’s historic credentials for a dusty, museum feel – this is one of America’s party cities, luring college graduates, stag and hen parties, hardcore clubbers and sophisticated whiskey connoisseurs alike. By night, the French Quarter fills with happy drinkers weaving from bar to bar, and you can follow an entire trail of venerable old watering holes that create cocktails including the Sazerac, the Ramos Gin Fizz and the Hurricane. There’s a healthy LGBTQ scene around St Ann Street, and nightclubs that rock on until 4am all over town. 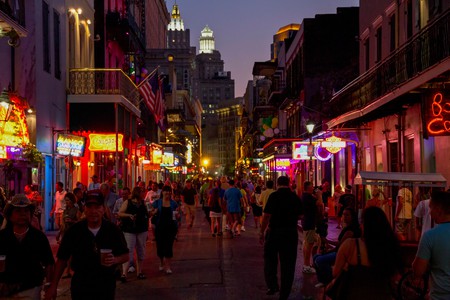 As the city that put gumbo, jambalaya, po’boys and beignets on the map, New Orleans has more bucket-list foods than you can possibly eat in one trip. It does a great line in reverent, silver-service old venues such as Galatoire’s and Antoine’s (founded 1840 and 1905 respectively), but you should also seek out the down-home fast-food bites such as fried shrimp and catfish po’ boy sandwiches. Fill your face, too, with powdered sugar at the quaint, donut-frying Cafe du Monde. Aim for a mix of rave-reviewed new hangouts and ancient institutions and you’ll do just fine.

This is an updated version of an article originally by Sarah Ravits.

Why not make a weekend of it? Book a stay with Culture Trip at one of these quirky boutique hotels in the French Quarter or stick to a tighter budget at one of these budget hotels and hostels in Mid-City. There’s plenty to keep you busy too, from ticking the best things to do in New Orleans off your bucket list to exploring the best museums around and eating fresh and delicious seafood at these top restaurants.