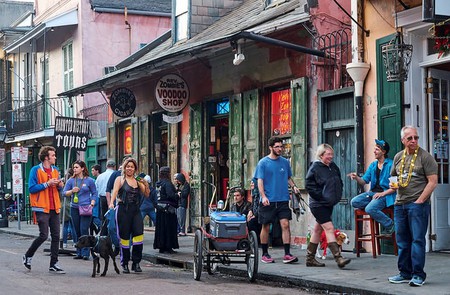 As one of the most European cities in the United States and a haven for music, art and culture, New Orleans might be one of the best places you can visit. Expect to have a life-affirming visit, but make sure to know these 13 things before heading to the Crescent City.

Part of the charm of New Orleans is its spontaneous atmosphere, and it’s recommended that you put together a tentative itinerary. Here, the must-see attractions and restaurants are abundant, but don’t worry too much if you find yourself completely off-track or running a little late to the next scheduled activity because you felt the urge to have just “one more” staple food or cocktail. The best advice is to loosely plan, but allow yourself the flexibility to choose your own adventure along the way; often the best spots you’ll come across are the ones you didn’t even know existed in the first place.

Put your diet on hold

New Orleans is a place known for its delicious (and heavy) food, and New Orleanians take a lot of pride in their culinary expertise, whether it’s at home or in the kitchens of its numerous top-ranked restaurants. Dietary restrictions aren’t uncommon, of course, and there are a number of awesome vegetarian and vegan spots. Almost any place will cater to specific needs, but if you want to get the full NOLA experience, let loose, forget about calorie-counting and embrace all things deep-fried, carb-loaded and drenched in hot sauce. You won’t regret it, but you might want to pack some Tums. 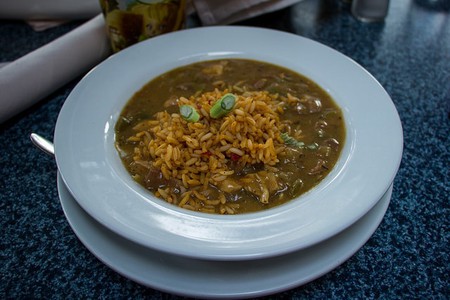 Many visitors associate New Orleans with Bourbon Street: excessive partying and general reckless abandon. That’s certainly part of it, but there is much more going on in this dynamic metropolis. The 300-year-old city has a fascinating history, cultural traditions unseen in other places, a thriving arts scene, and a friendly, supportive community of locals. The city needs tourism as much as tourists need it, but if you want to really fit in, be respectful of the locals. While staying up and partying into the wee hours is acceptable—actually expected and encouraged in certain areas—if you’re renting a place in a quieter, residential neighborhood, be mindful of the neighbors, who have to get up and go to work just like anyone else.

Bring layers of clothing – and costumes

Spring is a popular time for tourists to visit New Orleans when the weather is generally favorable, but the city also gets plenty of rainfall that often occurs over short bursts of time. If you’re planning on traipsing around outside, you might want to bring a pair of rain boots or a rain jacket. That being said, this is also a city that embraces creative fashion statements. We’re not talking Mardi Gras beads year-round, but rather, wigs, glitter, and colorful accessories as the city hosts frequent festivals and parades with costumed revelers. Put it this way: you’re rarely going to be over-dressed for the occasion, festive attire is strongly encouraged, and if you pack nothing more than some boring cargo shorts and polo shirts, you’ll probably end up wishing you had something sequined. 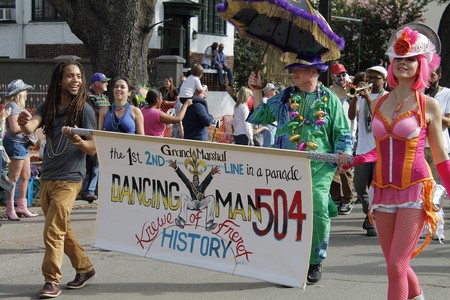 One of the most popular tourist destinations in the world, New Orleans accommodates every budget. Even at some of New Orleans’ most upscale restaurants, visitors from more expensive cities might find themselves marveling over how high-quality and cost-effective the experience is. If you want more advice on how to travel to the Crescent City on a budget, check out some of our favorite cheap and free date ideas, and look for happy hour specials and prix fixe courses—especially during the summer, when the tourism industry is a little slower and restaurants and bars lower their prices to attract more customers.

You can drink on the streets

The concept of the “go-cup” is one of the city’s most cherished entities; it seems weird or even sinful at first, but after you get used to it, taking your drinks to the street becomes second-nature. Keep in mind that glassware is prohibited, and no, you can’t drink and drive. However, souvenir cups are abundant at almost all of the local watering holes, and it’s liberating to grab a drink at the counter and head out on your next adventure. Which leads us to our next point… 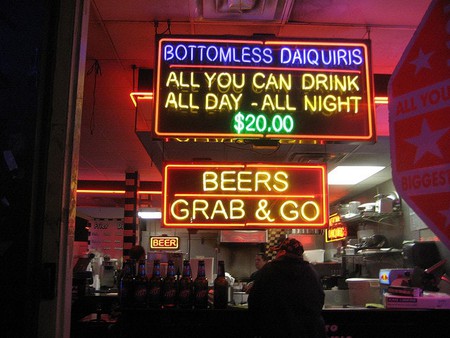 That's right, you can bring your drinks with you on the streets of NOLA | © Infrogmation of New Orleans / Flickr

It’s generally pretty hot and humid in New Orleans, and if you’re eating lots of salty, spicy food and imbibing more than usual while walking around outside, you’re going to get dehydrated. Make sure you drink lots of water to fight off those pesky and almost-inevitable hangovers. Your body will thank you the next day, and you’ll be able to get up and continue your adventures without a headache or excessive tiredness. No one wants to spend their vacation stuck inside a hotel room when there’s much to be seen and done.

New Orleans is a haven for history and literary buffs

New Orleans has been celebrating its tricentennial all year, and there’s no shortage of tales to be heard. Whether you are interested in the global dynamics of its colonial era (it was settled by the French 300 years ago, then fell under Spanish domain before going back to the French and then getting purchased by the U.S. during the Louisiana Purchase) or the important milestones that occurred in New Orleans during and following the Civil Rights Movement, the city offers a ton of educational experiences and historic sites to check out. Music fans come to explore the history of jazz, while book lovers come to celebrate the lives of important literary figures like Kate Chopin, Tennessee Williams and William Faulkner, just to name a few.

Hurricane Katrina was 13 years ago

There are constant reminders of the devastating hurricane that hit New Orleans in August 2005. Though some areas remain completely blighted and neglected, much of the city has been rebuilt. There’s been a lot of progress and change, and neighborhoods and demographics continue to transform. Though the city is a celebratory place, it’s a somber experience to reflect on the thousands of lives and homes that were destroyed and the families that were uprooted. It was a changing point for the city, and though some find it cathartic to discuss and learn about, it can be off-putting or intrusive to ask locals about it. Keep in mind that it is not a lighthearted subject and was an incredibly painful experience for New Orleans, although it can be a meaningful and important discussion to approach with respect.

New Orleans is dubbed the “Crescent City” because the French Quarter was built at a sharp bend in the Mississippi River, so the rest of the city on that side takes on a sort of crescent shape as it follows the banks of the river. New Orleans technically sits in a “bowl” and most of it is at least six feet below sea level, thus more prone to flooding. Lake Pontchartrain, the eleventh largest lake in the United States, borders the northern side of the city. There’s also Bayou St. John, which connects to the lake, and numerous bogs and swamps just a few miles away. Pro-tip: people in New Orleans don’t often use “north” or “south” when giving directions. They usually just say “riverside” or “lakeside.” 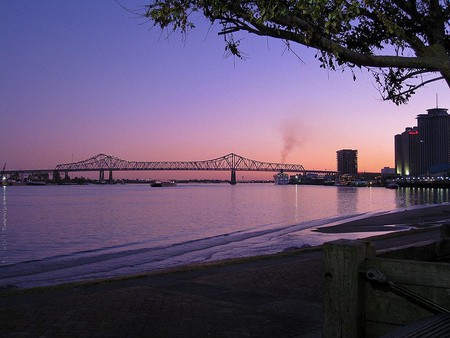 If you see someone with a dollar, or several, pinned to their shirts, wish them a happy birthday and give them a dollar if you can. It’s a local tradition, and one that often brings smiles to the faces of donors and recipients. If it’s your birthday, use this extra cash flow to buy your buddies a round of drinks.

Venturing off the beaten path can be tempting, especially if you’re taking advantage of the city’s laid-back attitude about public intoxication, but make sure that you generally keep your wits about you. Don’t walk around alone at night, stick to well-lit streets, and, rather than walking, use ride share services or cabs if you’re going out at night.

To put it bluntly, NOLA is not a particularly quiet city. New Orleans, a.k.a “the birthplace of jazz,” is home to a number of intimate concert venues and a ton of festivals that mark a variety of occasions. You will probably come across a second-line parade complete with a marching band, and the French Quarter is full of street musicians making the city come alive.