12 Reasons You Should Attend Fall Festival Season in New Orleans 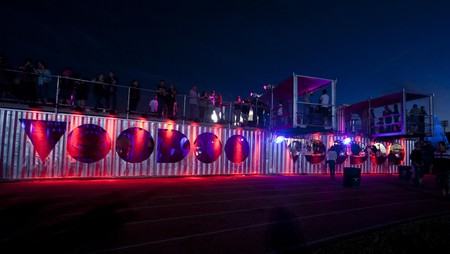 Fall is one of the best times to be in New Orleans, in part because of the incredible weather, but also because of the excitement of fall festival season. Between these 12 festivals and the several others that take place just about every weekend of the season, you’ll never run out of reasons to visit.

Po-boy lovers wait all year for the feast that Oak Street Po-Boy Festival offers. Not only do beloved local po-boy shops bring their A-game on all the classics, but many of them, along with up-and-coming food vendors, also compete on innovation and creativity in flavors and presentations each year. The event takes over Oak Street and several of its intersecting side streets for this all-day affair, further enhanced by multiple music stages and other shopping and attractions. 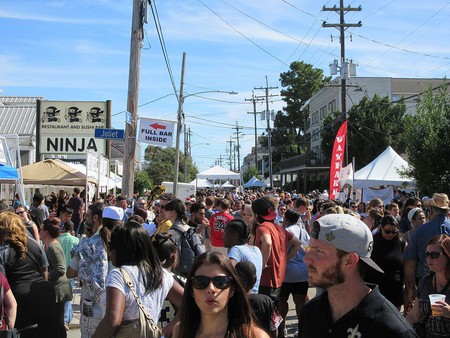 Also referred to as “Voodoo Fest” or “Voodoo,” this alternative music festival is one of New Orleans’ largest annual festivals. Voodoo encompasses everything from classic and modern rock to electronic dance music and New Orleans jazz and funk, and the fest organizers also take great care to make use of commissioned art installations intricately placed around City Park’s picturesque grounds.

New Orleans’ annual Oktoberfest celebration extends over several weekends each October—usually at Deutsches Haus, the host of the event. Attendees can expect traditional German foods and more than a dozen German beers plus multiple varieties of wine and schnapps and all the Oomph music and chicken dancing you can handle.

The Crescent City Blues & BBQ Festival offers attendees exactly what its name promises—some of the best blues and BBQ dishes New Orleans has to offer. Held each year in Lafayette Square in the Central Business District, this festival features a wide range of both local and national artists from various subgenres of the blues, which you can enjoy alongside BBQ served in several regional styles, local and otherwise.

Gearing up and getting ready to hear some great music at the #CrescentCityBluesandBBQFestival! C'mon out and enjoy it with us!!!!!

While not exactly a festival itself, the Krewe of Boo, New Orleans’ official Halloween parade, is still yet another of the city’s beloved fall attractions. Some of the same artists who create the iconic parade floats for Mardi Gras krewes each year also craft the magnificent floats seen in this parade, and it is just one more reason to spend Halloween in New Orleans.

Formerly the New Orleans Fringe Festival, the Faux/Real Festival showcases creative artists across various mediums, particularly theatre, literature, and performance art. The festival runs dozens of events at several venues across the city throughout November, including dish and cocktail competitions and other food-related events.

Brass bands and gumbo are the heart and soul of Tremé Creole Gumbo Festival, and the pair couldn’t be more perfectly matched. Local brass band all-stars play their hearts out while attendees feast on New Orleans’ signature dish prepared in any number of delectable ways.

Hosted by the Emeril Lagasse Foundation at Champions Square, Boudin, Bourbon & Beer lives up to its name with dozens of chefs dreaming up boudin recipes, while major local or national sponsors such as Abita Brewing or Buffalo Trace usually cover the bourbon and beer. Add a hearty side of live music, and you’ve got yourself the perfect fall party.

For nearly 30 years, the New Orleans Film Festival has enhanced the traditional film fest model with its usual heavy helping of local foods, music, and other cultural celebrations alongside the filmmakers’ creations. Some of the region’s most exciting filmmakers have emerged from showcasing their works at this event, not to mention the deep insight into local culture and lifestyles that the films themselves have to offer.

Every year since 1989, residents of the Bywater neighborhood have gathered to celebrate the locally beloved mirliton (pronounced: MEL-uh-tonn), also known as the chayote. Mirlitons are a light green, pear-shaped vegetable that features in casseroles and a variety of other Creole dishes, and you can try them prepared in any number of ways at the Bywater Mirliton Festival.

Each year, the Pirate’s Alley Faulkner Society hosts Words & Music, a literary festival, to promote local and national writers and authors through panels, workshops, and master classes. Writers can participate in educational seminars, or word-savvy attendees can enjoy various lectures and events connected to the festival.

One of New Orleans’ latest additions to its fall festival lineup, Beignet Fest celebrates one of the city’s most beloved and iconic desserts. But if you’ve only ever had beignets the traditional way (topped with powdered sugar) or have never had one, you don’t want to miss both the sweet and savory beignet-centric recipes local food vendors have devised.