The 10 Most Beautiful Parishes In Louisiana

In addition to being a paradise for outdoor recreation with its many hiking trails and 22 state parks, Louisiana is a Southern destination where traditions aren’t let go of easily. Thanks to its deep Roman Catholic heritage, it’s the only state in the nation to have parishes instead of counties. With swamps, plantations, beaches and wildlife refuges, here are the most beautiful parishes in Louisiana. 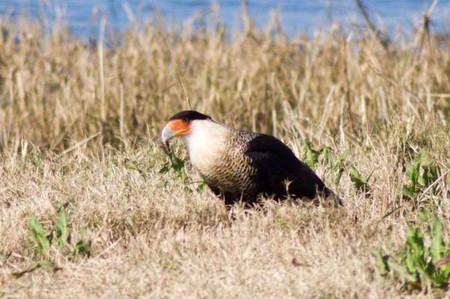 Bordered by the Gulf of Mexico and Sabine Lake, Cameron Parish is known for its wildlife refuges, waterways, and many outdoor activities. It’s located in the southwest, and home to beautiful beaches on the Gulf Coast, including Holly Beach, which is known as the ’Cajun Riviera.’ The parish’s four National Wildlife Refuges are Laccassine, Cameron Prairie, Rockefeller, and Pintail. These include a variety of marches, prairies, and soil wetland, with possibilities for fishing, exploring, hunting and relaxation. In a setting known as the ’Louisiana Outback,’ the famous Creole Nature Trail is a must-experience and great for spotting alligators. A more architectural, but nonetheless beautiful attraction to see is the 1875 Sabine Pass Lighthouse. 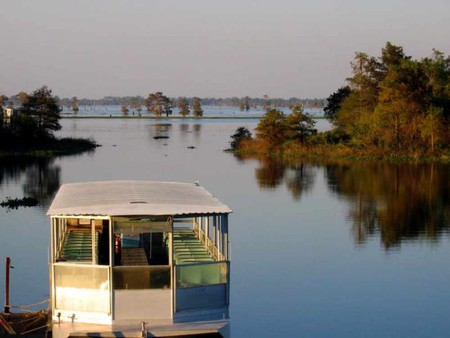 The Iberia Parish is an old Spanish settlement and offers many beautiful landscapes and exciting experiences within its bayous, exotic islands, tropical gardens, and swamps. Three of the most beautiful places are Avery Island, which is a salt dome known for being the birthplace of Tabasco hot sauce, Shell Keys National Wildlife Refuge, and Atchafalaya National Heritage Area, the largest swamp in the country. Iberia’s colorful gardens to visit are Rip Van Winkle Gardens hosting thousands of wading birds, the charming Antique Rose Ville, and Avery Island’s Jungle Gardens, which is home to songbirds, shorebirds, and birds of prey. 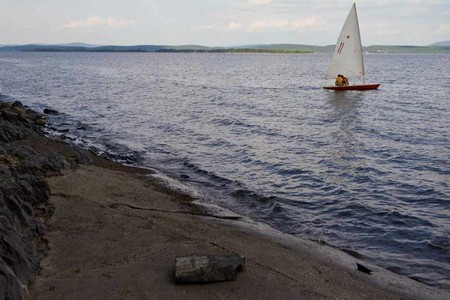 On the shores of Lake Pontchartrain, Jefferson Parish is home to a part of Jean Lafitte National Historical Park, Bayou Segnette State Park, and Grand Isle State Park. Bayou Segnette is located in the city of Westwego, and it’s on the west bank of Mississippi River. The park has a popular wave pool and offers salt and freshwater fishing, boating, canoeing, hiking and picnicking. The Barataria Preserve part of Jean Lafitte, located in Jefferson Parish’s Marrero, is a truly breathtaking area made up of 20,000 acres including bayous, swamps, marshes, forests, alligators, and over 300 species of birds. Grand Isle is located on Louisiana’s eastern shore, and a popular spot for birdwatching and magnificent ocean views. 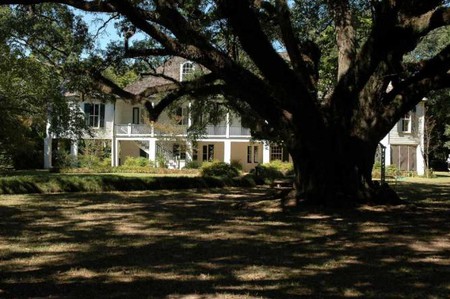 Natchitoches Parish is one of Louisiana’s top destinations, and the area’s outdoor attractions include Saline Bayou, Cane River National Park, and part of Kisatchie National Forest, the only National forest in the state. The most popular town in the parish, also called Natchitoches, is the oldest permanent settlement in Louisiana and has a 33-block National Historic Landmark District as well as a charming brick main street overlooking the Cane River. The area also has several Creole plantation homes, which are all open for tours, including Magnolia, Oakland, and Melrose. Natchitoches has been used as the backdrop for several films with southern settings, including Steel Magnolias (1989) and Man in the Moon (1991) starring Reese Witherspoon. 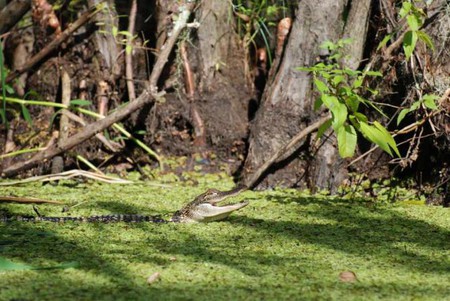 45 minutes north of New Orleans, St. Tammany Parish is known as Louisiana’s Northshore. There are several wildlife refuges, state protected areas, and state parks that the area has to offer. Set on the Tchefuncte River, Fairview-Riverside State Park is one of the most scenic tourist attractions. The park has beautiful southern oak trees, a nature trail, and a boardwalk decorated by forested wetlands. With larger-than-life cypress trees and wildlife including alligators and black bears, the beautiful Honey Island Swamp is an exciting destination. There’s even an old legend of a creature living under the waters, called the Honey Island Swamp monster. At Lake Ramsey Savannah, you can walk through a fascinating trail of pine savanna, flat woods, and a stream forest. 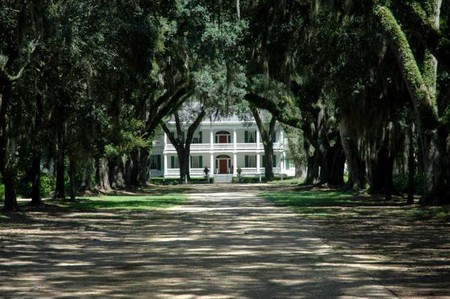 West Feliciana Parish is located on the Mississippi River and is home to Cat Island National Wildlife Refuge as well as the infamous Angola Prison. Cat Island was established to conserve and restore native wetland habitats for migratory birds, aquatic resources and endangered and threatened plants and animals. The areas’ wildlife includes black bear, white-tailed deer, bobcat, mink, wood duck, night-heron, and more. St. Francisville, one of Louisiana’s most charming towns is also located in Feliciana Parish. After Natchitoches, it’s the second-oldest town in the state, and in addition opportunities for kayaking, hunting, and hiking, the town has beautiful plantations and gardens. Places to visit include Afton Villa Gardens and Rosedown Plantation State Historic Site. 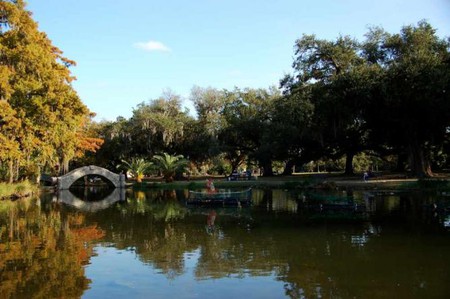 Home to New Orleans, the city known for its cuisine, jazz music and Mardi Gras festivals, Orleans Parish is located in southeastern Louisiana. With many buildings dating back before the 1800s, the famous French Quarter, within the city of New Orleans, is vibrant, colorful, and worth a visit on its own. However, there are also many natural landscapes to visit in the area. Scenic places to visit in the parish include Audubon Park, the enchanting City Park, and Lake Pontchartian Causeway, the world’s largest bridge over a body of water. Though often mistakenly overlooked, there is also a beautiful wildlife refuge within the city limits of New Orleans, called Bayou Sauvage. 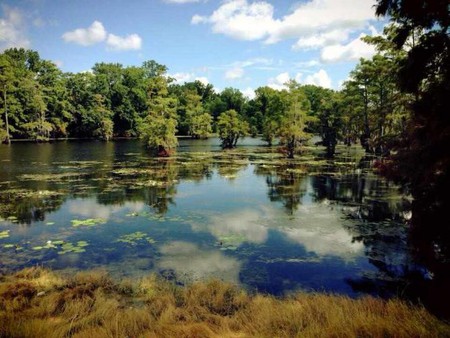 Black Bayou Lake National Wildlife Refuge, as well as part of D’argonne National Wildlife Refuge, are both in Ouachita Parish. The parish is located on Ouachita River, which runs through Arkansas and Louisiana, and its cities Monroe and West Monroe are popular for offering art, entertainment, food and Louisiana history. Located in West Monroe, D’Argonne is made up of 13 miles of the Bayou D’Arbonne along with creeks, cypress swamps, bottomland hardwood, and upland forests. The 1,600 acre Black Bayou Lake is in the city of Monroe, and the area is full of picturesque bald cypress and tupelo trees surrounded by swamps. 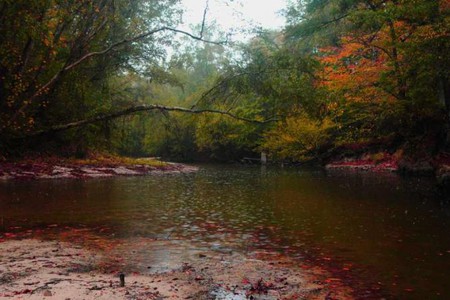 Beauregard is another outdoor paradise and one of Louisiana’s most beautiful parishes. The areas waterways include Sabine River, Bundick Lake, Toro Bayou and Kitsachie Bayou, which are all great for birding, fishing, and hunting. If you want to kayak or relax on a white sandy beach, the scenic Whiskey Chitto is the place to go. The Beauregard Parish also has many magnificent architectural attractions, including historical sites and buildings listed on the National Historic Register. Two of these are the old gothic jail in the town of DeRidder and Bunk’s Log Cabin, an authentic 1880s cabin in Merryville. 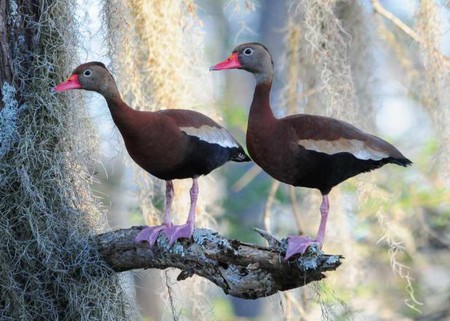 DeSoto Parish is a small northwest parish full of history. The area is full of historic sites, beautiful cemeteries, and chapels, with most being located in Mansfield, the largest town in the area. The Battle of Mansfield during the Civil War was the last major victory of the Confederacy, and it’s re-enacted every year on the Old Pleasant Hill Battlefield in DeSoto Parish. In terms of wildlife and the outdoors, DeSoto has great opportunities including Clear Lake and Bayou Pierre, which is part of the Red River National Wildlife Refuge.