Crossing the Mississippi | © DieselDemon/Flickr
Baton Rouge is famous because it is the capital of Louisiana, but that isn’t the only reason why it’s popular. The city has many historical landmarks, which contribute to its unique history. As people travel through town, they witness this history unfold between buzzing restaurants and drinking spots. Here, we take a look at some of the top places for a beverage in Baton Rouge.
Crossing the Mississippi © DieselDemon/Flickr

Bar, Cocktail Bar, Craft Ale Bar, American, Pub Grub, $$$
Add to Plan
Known as the city’s best indoor and outdoor place for craft beer, The Bulldog features 81 beers on tap. This location is more than a bar though: it is a place for furry creatures too. The patio is the dog-friendliest patio in town, with a shelter from the sun and rain. Anyone who is looking for a good time with canine friends should check this bar out. The Bulldog features not only craft beer, but large screen TVs, a beer tap fountain and a full selection of cocktails.
More Info
Open In Google Maps
4385 Perkins Road, Highlands/Perkins, Baton Rouge, Louisiana, 70808, USA
+12253039400
Visit website

Nightclub, American, Cocktails, Wine, Beer, Pub Grub
Add to Plan
Splash Nightclub is Baton Rouge’s largest dance club and has the best dance floor and light show in town. This club is unique in every way possible. There are two dance floors because the place gets crowded, since it is only open three nights a week, while the four bars allow for easy access to drink, no matter the booming crowds. For people who love to party and dance, there are seven rooms which play various genres of music: house, techno, pop, hip-hop, country, and rock and roll. Splash Nightclub is one sure bet for a hedonistic night in Baton Rouge.
More Info
Open In Google Maps
2183 Highland Road, Highlands/Perkins, Baton Rouge, Louisiana, 70802, USA
+12252429491
Visit website

Bar, Restaurant, American, Pub Grub
Add to Plan
Phil Brady’s Bar and Grill is the oldest bar in town but has modern amenities. Each opening night, there is non-stop entertainment and great music. Every Thursday night is Blues Jam night and on this occasion, musicians come out and perform beautiful music for patrons. Phil Brady’s Bar and Grill believes dining and drinking should be an experience, which is why there is something different happening each evening. On Mondays, guests can have burgers for one dollar. Tuesday is Jitterbug lessons day, where people can learn how to do the famous southern dance. Weekends are lively as can be and there’s always something else on the calendar besides.
More Info
Open In Google Maps
4848 Government Street, Mid City South, Baton Rouge, Louisiana, 70806, USA
+12259273786
Visit Facebook page

Gay Bar, Bar, LGBTQ Bar, American, Wine, Beer, Cocktails, Pub Grub
Add to Plan
Since 1970, George’s Place has made history in the city. The owner, George Hogan wanted to create a place where gay people could meet and socialize. When the bar first opened, there was no sign and the courtyard was enclosed to allow people to enter and exit discretely. What’s more, the bar was kept dimly lit to keep its identity hidden. To not draw attention to his self, Hogan lived next door to George’s Place and had friends run most of his errands. However, as time progressed, the bar became a popular place amongst locals and is currently one of the most recognised LGBT joints in the city.
More Info
Open In Google Maps
860 Saint Louis Street, Baton Rouge, Louisiana, 70802, USA
+12253879798
Visit website

The Station Sports Bar and Grill

Bar, Fast Food, Pub Grub, American
Add to Plan
Chicken and jalapeno bombs | © Michael Salazar/Flickr
The Station Sports Bar and Grill is centered around Louisiana State University (LSU) football, baseball, and NFL memorabilia. Since it is a sports bar, most of its interior design is dedicated to sports teams. For patrons who love baseball, the bar has plenty of photographs and news articles about the sport. The Station Sports Bar and Grill is a proud provider and supporter of NFL baseball and football. The memorabilia is autographed and authenticated and these collectibles are valuable and come with a certificate of authenticity that only adds to the drinking atmosphere all around.
More Info
Open In Google Maps
4608 Bennington Avenue, Highlands/Perkins, Baton Rouge, Louisiana, 70808, USA
+12259260631
Visit website

Great service, delicious drinks and amazing burgers are always on the menu at Duvic’s Martini Lounge. In 1997, the lounge opened and since, it has been recognized as the best place to receive great martinis. The lounge has various martinis, but the two which has been making waves in the community are the chocolate and Cajun martinis. The chocolate martini is sweet and similar to drinking chocolate milk, but – of course – without the milk. The Cajun martini is spicy and sends the taste buds on a whirlwind – definitely worth a try.
Address & telephone number: Duvic’s Martini Lounge, 2854 Kalurah St, Baton Rouge, LA, USA, +1 225 336 4821

Blend’s goal is to create an atmosphere ideal for blending exceptional mixed and speciality drinks. Guests often note the eclectic architectural design of wooden beams and exposed bricks, and the modern touches of the interior create the perfect atmosphere for an intimate evening, business meeting or celebratory occasion. Blend regularly changes the wine and food menu: each week, new wine is added to the card and every month new recipes are on the al la carte.
Address & telephone number: Blend, 304 Laurel St, Baton Rouge, LA, USA, +1 225 757 5645 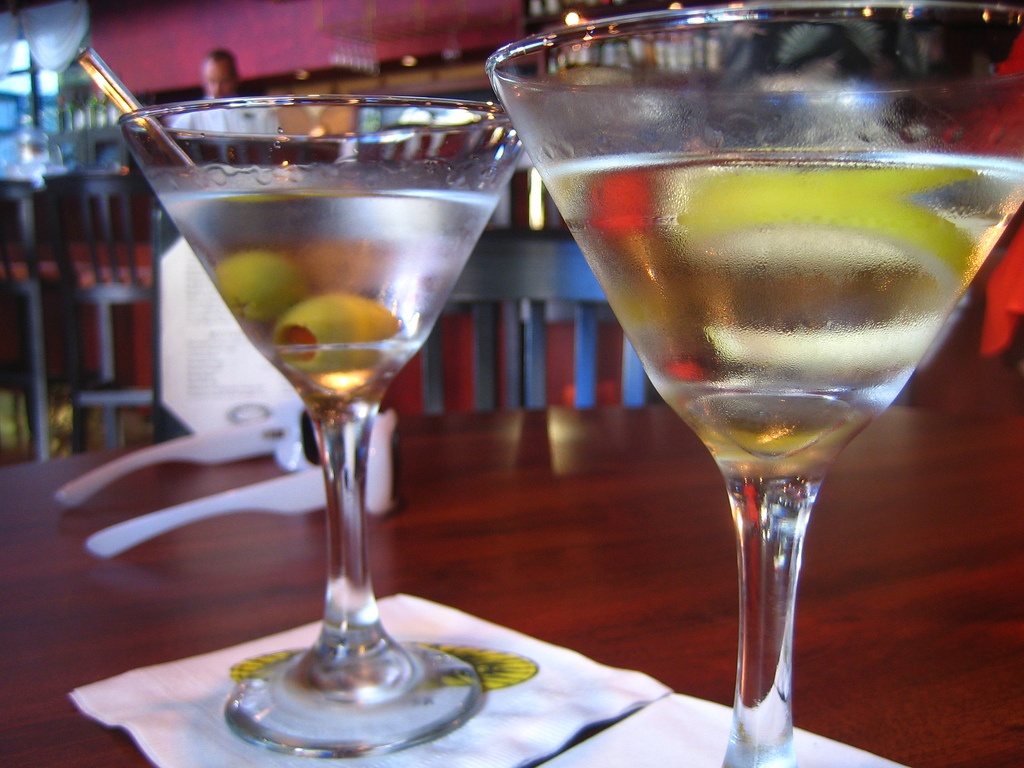 Nightclub, American, Pub Grub, $$$
Add to Plan
Karaoke | © Derek Gavey/Flickr
In 1981, the Rogers family built Texas Club. Before it became a club, it was the Continental Trailways bus terminal. It became a nightclub to accommodate large crowds for major concert events. National touring acts love to perform at the Texas Club, and the likes of Garth Brooks and Foreigner performed at this popular place before they became the multi-platinum selling artists they are currently. Since its opening, the club has hosted 425 concerts, which contained 325,000 guests.
More Info
Open In Google Maps
456 North Donmoor Avenue, Lobdell/Woodale, Baton Rouge, Louisiana, 70806, USA
+12259284655
Visit website

25 years ago, Cadillac Café opened its doors and has since provided some of the best live music in the city. Originally, it was a small music venue, but when the times changed, the café changed. Currently, it is the number one spot for the best light shows, DJ, and live music acts in Baton Rouge. Most patrons love to use Cadillac Café for parties and various celebrations, all due to the advanced DJ systems and amenities.
Address & telephone number: Cadillac Café, 5454 Bluebonnet Blvd, Baton Rouge, LA, USA, +1 225 296 0288