Pickles and Peaches: a Foodie’s Guide to America’s Deep South 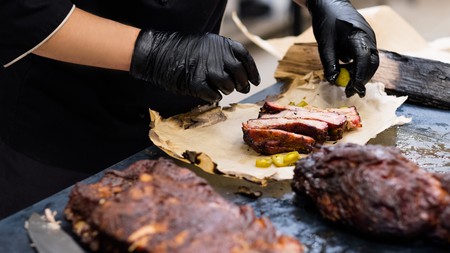 In America‘s Deep South, cooking is a predominant form of cultural expression, bringing people together in a way that reinforces the region’s character and sense of identity.

Louisiana gumbo, fried Alabama catfish, Georgia peach cobbler, South Carolina shrimp and grits and Mississippi mud pie: the Deep South is defined by its food, and a journey through the Southern states will immerse you in a world of fulsome flavors, joyful social rituals and heartfelt hospitality. From jambalaya and crawfish pie to fried green tomatoes and cornbread, every meal is steeped in its own history and traditions. Discover your new favorite in our guide to the most delicious Southern dishes.

Southern cuisine is a truly American style of cooking that has been shaped by Native American, West African, Cajun and colonial European influences. It puts comfort and enjoyment above precision and artfulness, with an emphasis on slow, labour-intensive cooking techniques handed down from generation to generation. 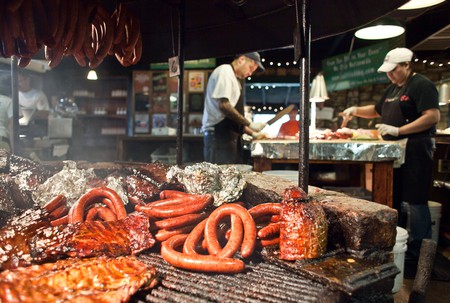 Ribs, sausage, and brisket are all on the menu at the iconic Salt Lick BBQ restaurant in Texas | © Peter Tsai Photography / Alamy Stock Photo

That’s not to suggest it lacks depth or finesse. Far from it. Sauces, stocks and gravies are lovingly made from scratch. Meats are cured, hung or smoked. Seasonings are ground, cucumbers pickled, peaches canned, lemons preserved. These core ingredients lie at the heart of the Southern cook’s pantry and are the building blocks of the region’s most renowned recipes. Ready to devour some of the most divine dishes on the Southern menu? Here’s how a day of culinary excess might play out.

Dive straight in and fill your plate with fluffy buttermilk biscuits, one of the best-loved breakfast staples in the USA and the heartiest way to kick off your morning. Similar to a savory British scone, they usually come smothered in a creamy white gravy made with bacon dripping and milk, and are often served with sausages, grilled pork chops or a country fried steak. 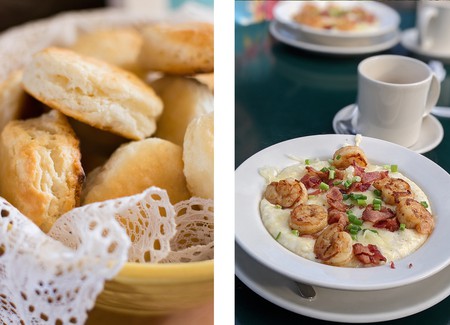 A steaming bowl of shrimp and grits is another breakfast favorite, especially popular near the briny waterways of the Gulf, or the marshy coastal areas of South Carolina and Georgia, where access to great shellfish is a given. The origins of grits – a gritty porridge made from stone-ground dried corn – can be traced to the Native American Muscogee people, who passed on the technique to settlers and enslaved workers in the fields. The annual Shrimp and Grits Festival, held on Jekyll Island, in Georgia, is testament to its continuing popularity.

Southerners love their sandwiches, which run the gamut from pulled pork patties to po’ boys – a traditional sandwich from Louisiana made with baguette-style French bread. Depending on where you are, your po’ boy might be loaded with crispy Cajun-fried soft-shell crab slathered in a Creole mustard remoulade – popular in New Orleans – or with the seasoned chuck roast, sliced dill pickles and ranch dressing combo favored in Mississippi. 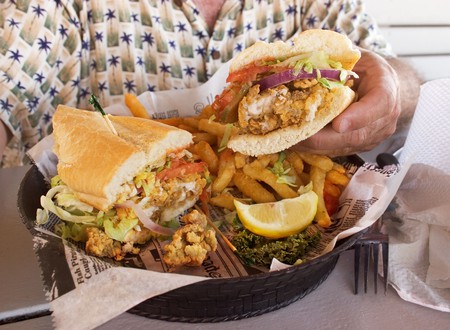 Gumbo is another Louisiana classic – it’s even the official state cuisine. This stew-like soup consists of a silky roux combined with celery, peppers and onion, to which all manner of meat and seafood are added. A spicy shrimp and andouille sausage gumbo is one of the most satisfying of all Southern dishes, especially when served with steamed white rice, potato salad and cornbread.

Southern fried chicken, country ham, glazed pork ribs, slow-cooked brisket – it’s safe to say that meat takes center stage at the Southern dinner table. If you can, eat outdoors. Barbecue is akin to a religion in the Southern states, where four distinct BBQ styles – Carolina, Texas, Memphis and Kansas City – all claim to be the best. Whether you prefer Carolina-style pulled pork with a tangy vinegar sauce, or Texas-style sticky beef ribs served with a smoky garlic dip, be sure to save room for classic accompaniments such as pickled slaw, creamed corn or golden deep-fried hush puppies. 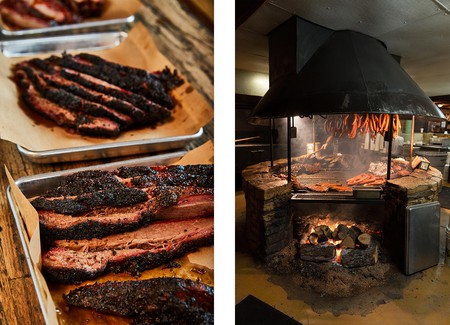 The barbecue is a way of life in the Southern states | Right: A classic barbecue pit meal is an absolute must when adventuring in the Deep South | Left: © Clay Hayner / Getty Images | Right: © Alpha Stock / Alamy Stock Photo

With a long and complicated history, African American soul food combines the culinary traditions of West Africa, Western Europe and the Americas, and is often spicier, saltier and sweeter than other Southern foods. The flavors of quintessential dishes such as fried catfish, turkey wings, pork neck bones and chicken drumettes are intensified with the liberal use of mustard, cayenne pepper and paprika, while milder sides such as candied yams, collard greens, black-eyed peas and smoked mac ’n cheese balance the fierier flavors. 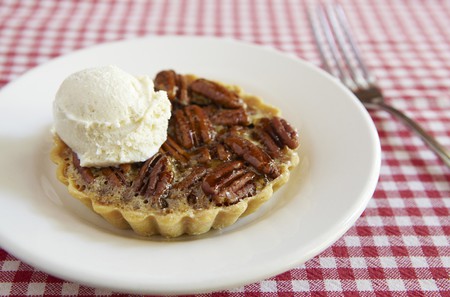 Since the early 20th century, recipes for sweet pecan pie have evolved and its popularity has spread | © Jacob Snavely / Getty Images

Mississippi mud pie – probably the best-known Southern dessert of all – is one of the easiest to make. The rich chocolatey treat is just a fudgy, brownie-like base topped with a gooey chocolate sauce, usually served with vanilla ice cream. Variations include adding marshmallows as a topping, or pecans, crumbled cookies, bourbon or rum to the base.

Plan your trip with Verizon

Tempted to test your taste buds in the Deep South? The Verizon Visa Card is the ideal companion for all your future travels, with a customer-loyalty program that lets you earn rewards on the things you buy and redeem them on Verizon products, dining and travel.