Louisiana has rich musical, architectural and culinary traditions that contribute to the continued growth of the state’s contemporary art scene. The city of New Orleans is the epicenter, housing the most art galleries and museums, but contemporary art is produced all over Louisiana. From folk paintings to pop art to political statements, Louisiana artists are having their voices heard globally. Here are our favourite contemporary artists in Louisiana.

Luis Cruz Azaceta is a Cuban-American painter who moved his family from New York City to New Orleans in 1992. Azaceta’s work focuses on urban themes such as the immigrant experience, personal isolation in crowded cities, violence, government mismanagement, and the effects of AIDS. He sees art as a political vehicle, a way to confront the world’s evils rather than escape from them. After moving to New Orleans, Azaceta began photographing the city and incorporating new types of materials into his work, such as nails, metal studs, wood, plastic fencing and sheet metal. Much of his work after Hurricane Katrina focused on the social meltdown that occurred during the aftermath of the storm. 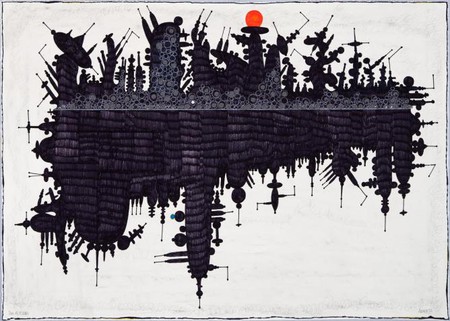 New Orleans native Dawn Dedeaux was among the first American artists to use new media as a primary form of expression. She studied communications and mass media in college and has since been interested in the media’s fluidity and ability to reach a mass audience. Dedeaux’s love for New Orleans only strengthened in the aftermath of Hurricane Katrina, during which her studio was destroyed and she was forced to work without access to technology. She began experimenting with found objects, mud and plywood. Some of Dawn’s latest work focuses on climate change and issues surrounding the rising water levels on Louisiana’s Gulf Coast. 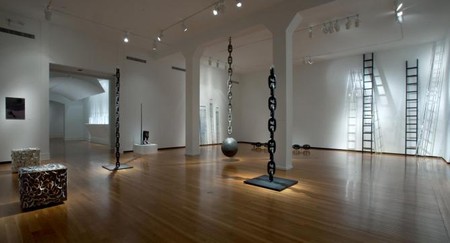 Candy Chang is a Taiwanese-American artist who lives and works in New Orleans. Her work defies traditional understandings of public space, and she believes that public art can provoke both individual self-examination and civic engagement. She has created public art all over the world from New Orleans to Johannesburg to Hong Kong. Her ‘Before I Die’ project began when she painted a deserted New Orleans home with chalkboard paint and wrote, “Before I die I want to __________.” Soon others filled in the sentences, and photos of the wall went viral. Today, there are more than 500 ‘Before I Die’ walls in over 30 languages and 60 countries. 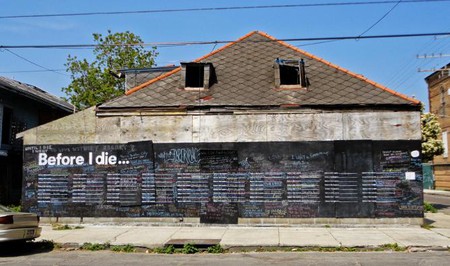 New Orleans artists Tony Campbell and Matt Vis make up Generic Art Solutions. Together, they use a wide range of tactics to investigate and scrutinize contemporary society. Hailing from the U.K. and Virginia, respectively, Generic Art Solutions was first conceived in New York City, before moving to New Orleans. They use a variety of media, primarily photography, video and sculpture, to ‘examine society’s functions and dysfunctions’. Recent themes they have examined include gun violence in New Orleans. Generic Art Solutions is also well known for their work as the ‘International Art Police’, a humorous venture in the art world whereby the two artists travel to galleries and openings issuing tickets for ‘infractions’ such as ‘Too Trendy’, ‘Too Art School’, or ‘Even I could Do That’. 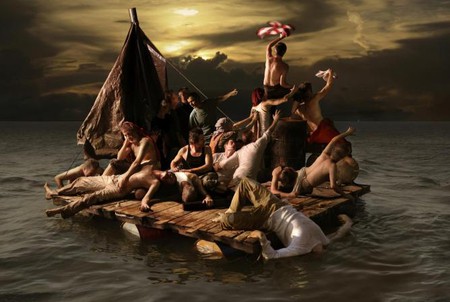 Multi-media artist Dan Tague received his MFA in Studio Arts from the University of New Orleans. Since then, his work has been displayed all over the world. Tague may be best known for his dollar bill pieces: folded dollar bills that make a statement about money in American culture and politics. Tague has also worked with crude oil and BP and Mobil Oil logos in the aftermath of the BP Deepwater Horizon Spill. He works with a variety of media, including video, photography, painting, drawing, sculpture, installations and performance. 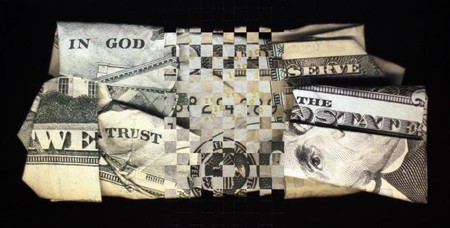 No Separation by Dan Tague | Courtesy of Jonathan Ferrara Gallery

Sarah Ashley Longshore (known widely as Ashley Longshore) is a New Orleans-based painter and pop artist. She has been likened to Andy Warhol for her emphasis on pop culture and brand names and for her large celebrity following. Her friends and collectors include the likes of Blake Lively, Penelope Cruz, Eli Manning, Salma Hayek, Katherine Heigl and Ryan Reynolds. Longshore is well known for her series ‘The Audreys’, which portray Audrey Hepburn enveloped in tropical flora and fauna, jewels and bright colours. In both her art and her public persona, Longshore encourages her followers and fans to accept and embrace their wacky, wild and raw sides. 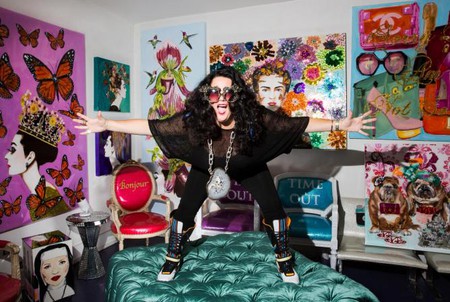 Regina Scully was born in Norfolk, Virginia, but has lived in New Orleans since 2003. She received a B.F.A. in Painting from the Rhode Island School of Design and an M.F.A. in Painting from the University of New Orleans. Since completing her studies she has exhibited her work both nationally and internationally. Scully’s paintings are designed to be a customized dreamscape, where the viewer encounters his or her own memories and visions. On her website, she states, ‘I work to create micro-universes that resonate between the familiar and the unknown.’ 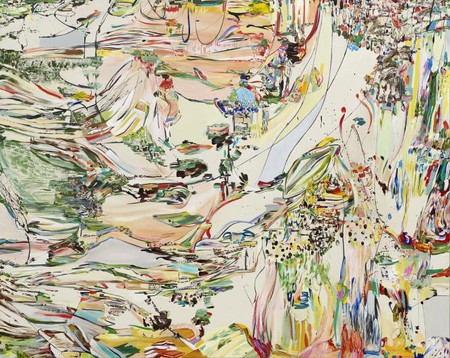 Painter and sculptor Douglas Bourgeois is known for his technical rigour and attention to unlikely details in his subjects. He is known as a ‘visionary imagist’ and often depicts strange intersections of pop culture and religion. Bourgeois was born in Gonzales, Louisiana and today lives in St. Amant, Louisiana. One of his most famous paintings is entitled Two Poets, and depicts the poet Emily Dickinson and the rapper Rakim stranded on an island in a sea of flames.

Painter and mixed-media narrative artist Gina Phillips grew up in rural Kentucky and has lived in New Orleans since 1995. Her work is heavily influenced by her Kentucky childhood. Because she grew up in a family without great means, Phillips quickly learned that nothing should be thrown away; rather, she learned to seek alternative uses, both artistic and practical. Painting was Phillips’ first medium, but she began to incorporate fabric and thread into her work as her career progressed. She describes her work as ‘tragicomedy’, saying that her work is meant to be sympathetic rather than cynical. 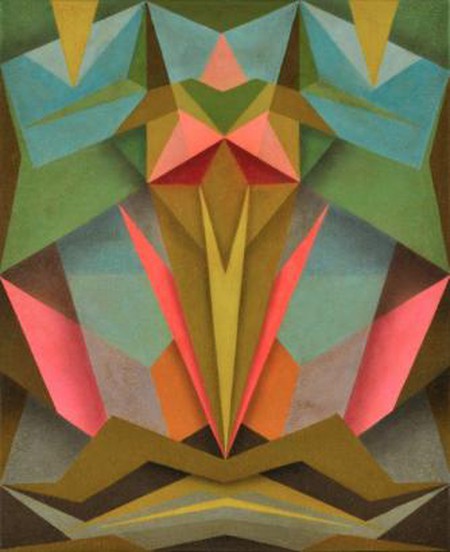 Primarily a painter, Brian Guidry has also produced works in a variety of media, including video, sculpture, and installations. He is known for creating works that invoke nature, both the power of natural disasters and humanity’s manipulation of the natural environment. Guidry often chooses his colors directly from the source. He received his B.F.A. from the University of Louisiana at Lafayette, and he briefly lived in New York, and attended the Pratt Institute in Brooklyn, before returning to Louisiana. Today, he lives and works in the small town of Loreauville, Louisiana.