The 10 Best Restaurants In Lafayette, Louisiana

The 10 Best Restaurants In Lafayette, Louisiana

Lafayette, Louisiana ©Pexels
The heart and soul of Cajun country, Louisiana’s Lafayette is quickly catching up with its bigger cousin, New Orleans, in its culinary offering. With casual grills and stylish restaurants in historical locations, diners are spoilt for choice. Take a walk down West Pinhook Road or Johnston Street and pop into one of the many cafés and bistros that line them, some of which are listed below in our selection of the ten best restaurants in Lafayette.
Acadian Village in Lafayette © Louisiana Travel/Flickr

Bon Temps Grill (literally ‘good time grill’) is a casual place specialising in typical Cajun and Creole cooking, with grilled fish and meats at the very forefront of the ‘Swamp Edge’ menu. Options abound, but the richness of this kind of cuisine means that you can choose from a hearty palette of blackened meats, andouille sausages, delectable gumbos and freshly caught crayfish, all served in a no-frills atmosphere, and at low prices. Bon Temps’ décor is all about simplicity, so come here with an open mind, order one of the longtime favourites and wash it all down with a big glass of chilled, local craft beer.

Bistro, Restaurant, BBQ, $$$
Located just a short walk away from the Blue Dog Café, Jolie’s Louisiana Bistro is dedicated to cooking with the freshest of local ingredients, and demonstrates this commitment through its seasonable menu, which changes weekly. Classics like Jolie’s famous New Orleans-style BBQ shrimp or the mouth-watering soft beignets with a coffee dipping sauce remain on the menu whatever the season, making for a perfect combination of tradition and dynamic innovation. The paintings of local artist George Rodriguez, which adorn the walls with their depictions of early Cajun life, are an artistic bonus, and add a decidedly local vibe to Jolie’s, and enhance the restaurant’s simple yet charming décor.
Permanently closed
More Info
Open In Google Maps
507 W Pinhook Rd, Lafayette, Louisiana, 70503, USA
+13377068544
View menu
Visit website
Visit Facebook page
Send an Email
Give us feedback
Image Courtesy of The French Press

The French Press is easily the hippest dining venue in Lafayette, its industrial chic vibe with dilapidated walls balanced by crisp white tables and the occasional, idiosyncratic accessory. Inside the kitchen, Chef Justin Girouard, whose James Beard Foundation Award nomination has made The French Press one of the most coveted dining spots in the area, takes inspiration from Cajun and new American influences to create dishes that are modern yet strongly rooted in their local tradition. For a real taste of Louisiana, try the fried shrimp melt of Louisiana jumbo shrimp with ham, Swiss, veggies and sauce on French bread, or the blackened fish po’boy, which combines New Orleans blackened redfish with greens and a spicy tartare. 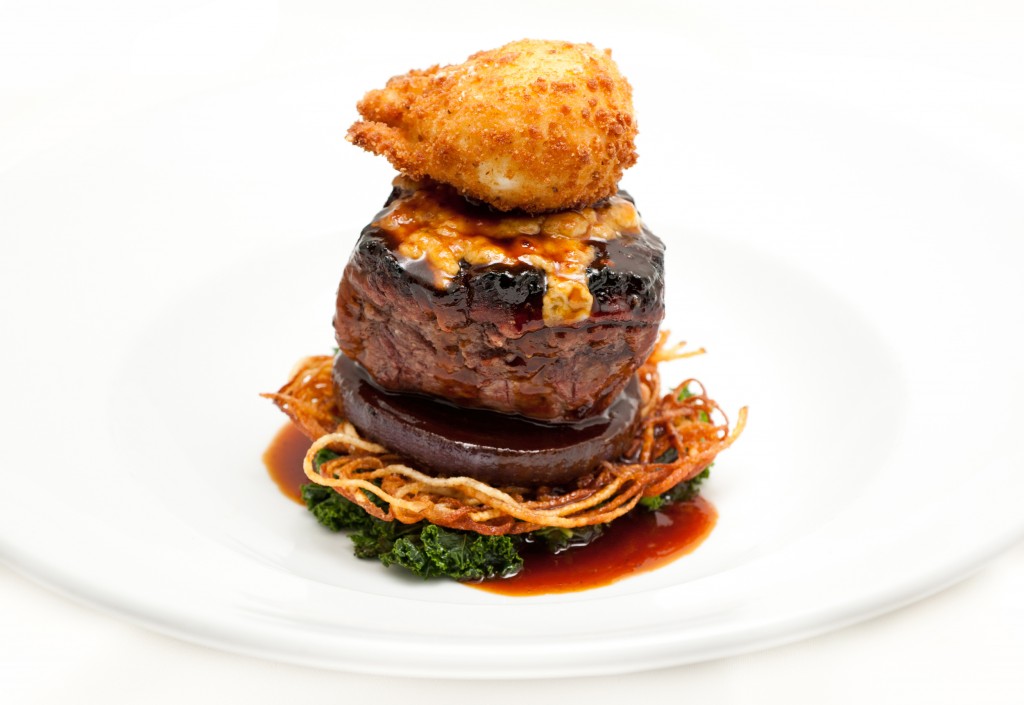 Restaurant, Mexican, American
When they opened their restaurant, the eponymous Taco Sisters , Molly and Katy Richard, decided to reinvent the simple taco, giving it a shape and flavour beyond its typically fast food character. Their delicious tacos, served in a tiny, colourful hut on Johnston Street, can be eaten at one of the outdoor tables, or simply taken out. They are as simple as can get without compromising on quality, the fresh Gulf fish and locally caught seafood that goes into the tacos is all smoked in-house with a soy and ginger glaze, while the succulent meats are all carefully marinated. Those craving a classic should try the beef brisket taco, while the more adventurous foodies shouldn’t miss the smoked shrimp filling with diced apples and spicy churri sauce.
Permanently closed
More Info
Open In Google Maps
407 Johnston Street, Freetown - Port Rico, Lafayette, Louisiana, 70501, USA
+13372348226
View menu
Visit website
Visit Facebook page
Send an Email
Give us feedback
World-Famous Hot Boudin © Denny Culbert, Image Courtesy of Johnsons Boucaniere

Restaurant, BBQ
Delicious spread of specialties at Johnson's Boucanière | ©Johnson's Boucanière
Best known for its ‘world-famous hot boudin’, Johnsons Boucaniere is an old-school classic in Lafayette, the kind of place you go to for an authentic taste of the city. And in line with this spirit, this no-frills restaurant is housed in an inconspicuous shack with practically no embellishment, the interior décor functional, rather than aesthetic. On the menu, the main protagonists are the Parrain Special, which is a boudin ball enveloped by American cheese, and, of course, the smoked meat sandwiches, order either the brisket or pulled pork option, where the meat is rubbed with an in-house marinade and slow-smoked for up to 13 hours. A couple of blocks away from the local university, this is a great spot for a hearty, well-priced lunch.
More Info
Open In Google Maps
1111 Saint John Street, Downtown, Lafayette, Louisiana, 70501, USA
+13372698878
View menu
Visit website
Visit Facebook page
Send an Email
Give us feedback
© Denny Culbert Image Courtesy of Social Southern

Cafe, Restaurant, Cajun, American, Seafood, $$$
Restaurant August | © Kimberly Vardeman/Flickr
For a fun atmosphere and typical Cajun cooking, head to the Blue Dog Café, a place synonymous with Lafayette’s culinary tradition and culture. Set up by Steve Santillo, originally an attorney, the venue has always focused on combining solid food with eye-catching art, and this is more than visible in its décor, with numerous (often blue-themed) paintings filling the Blue Dog’s walls. For a signature dish, try the Treasures of the Bayou, which is a rich and sumptuous affair combining crab, shrimp and oysters together with a seafood wonton, all served in a herb-sprinkled, white wine and cream-based bisque. Every Sunday, Blue Dog Café hosts a musical brunch featuring a selection of favourite dishes, and local bands playing great music between 11 a.m. and 2 p.m.
More Info
Open In Google Maps
1211 West Pinhook Road, Lafayette, Louisiana, 70503, USA
+13372370005
View menu
Visit website
Visit Facebook page
Send an Email
Give us feedback

Cafe, Restaurant, American, Cajun, $$$
Image Courtesy of Olde Tyme Grocery
Café Vermilionville’s distinguishing feature is its historic location in a 19th century villa, complete with elegant, antique interiors that exude the atmosphere of pre-Civil War Louisiana. The cuisine is equally refined in its presentation, with textures and colours intermingling to create feasts for the eye as well as the stomach. Although local, old-school recipes dominate the menu, they’re all executed with a contemporary flair worthy of the local foodscape. Opt for the macadamia-crusted scallops with a celeriac puree, Brussels sprout chips and white truffle oil for something quite special, or try the seared breast of duck from Maple Leaf Farm, accompanied by a foie gras and chickpea fritter, black olive caramel and a garden salad.
More Info
Open In Google Maps
1304 West Pinhook Road, Lafayette, Louisiana, 70503, USA
+13372370100
View menu
Visit website
Visit Facebook page
Send an Email
Give us feedback
Image Courtesy of Olde Tyme Grocery

Owned by Glenn Murphree since 1982, the Old Tyme Grocery has evolved into Lafayette’s top po’boy eatery despite its humble beginnings. Murphree’s love for this simple Southern dish has meant that any of the ‘poor boys’ (as they are called here) on offer embrace authentic, local recipes with hearty Cajun generosity. From the basic ham or shrimp filling to one of the specialty varieties, the Old Tyme Special with ham, turkey, roast beef and Swiss is particularly decadent, this venue is a fantastic, traditional showcase of Louisiana’s favourite type of sandwich. Choose a half-portion and try two different flavours for a taste of Murphree’s culinary talent and po’boy expertise.

Bar, Restaurant, American, Cajun
As its name suggests, Artmosphere is committed to the belief that an arty atmosphere is an essential element of any satisfying dining experience. And indeed, their music and art events define the restaurant, with local bands filling Artmosphere’s cultural calendar from Wednesday until Sunday. On days when there isn’t music, diners can enjoy their meal during a songwriters’ night (every Tuesday) or a karaoke session (Mondays). The food here is simple but invariably tasty, and the menu offers solid pizzas with a crispy crust, classic salads as well as healthy wraps and hand-made, juicy burgers that can be customised with a number of different toppings.
More Info
Open In Google Maps
902 Johnston Street, Downtown, Lafayette, Louisiana, 70501, USA
+13372333331
View menu
Visit website
Visit Facebook page
Send an Email
Give us feedback
Give us feedback