Fried Chicken, a Southern Classic| ©takataira/flickr
Metairie in New Orleans lies on the southern shores of Lake Pontchartrain and has a thriving restaurant scene. Cuisine is dominated by oysters, gumbo, shrimp and catfish, but there are other options available too. Here are 10 of the best restaurants to check out in Metairie.
Lafreniere park, Metairie, Louisiana/ ©Wikicommons

Gumbo has been a staple of Louisianan cuisine since the 18th century and the award-winning Chef Ron’s Gumbo Stop is the perfect place to sample this classic Creole dish. Located on North Causeway Boulevard in the center of Metairie, the Gumbo Stop is run by chef Ron Lafrate. Ron is a veteran of fine-dining establishments and was voted the 2010 Chef of the Year by the American Culinary Federation. The Gumbo Stop was established in 2012 and has won praise from Bon Appétit and the Best of New Orleans websites. The menu offers classic dishes such as Southern-fried chicken, crawfish, shrimp Creole and seafood, chicken and sausage gumbo. 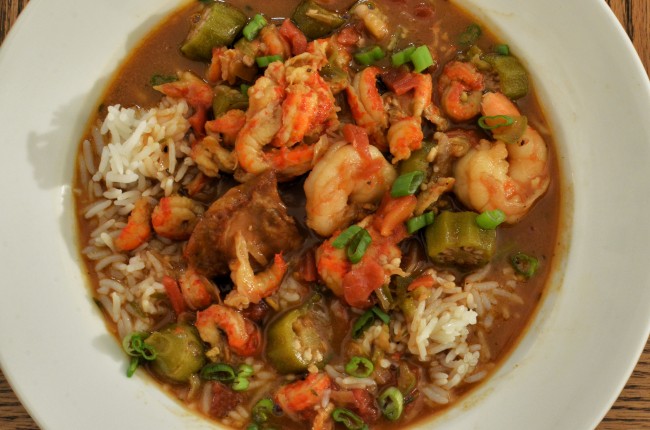 Restaurant, Seafood, Cajun, American, $$$
Drago's Grilled Oysters | ©leighklotz/Flickr
Drago’s Seafood is a New Orleans institution. Set up in 1969 by Drago and Klara Cvitanovich, the restaurant today is run by their son Tommy and still serves up a wealth of top-quality seafood dishes – especially fresh oysters and lobsters. In 2014 Drago and Klara received a lifetime achievement award from the New Orleans Food and Wine Experience. Drago’s Seafood is especially known for their trademark charbroiled oysters, created in 1993 by Tommy Cvitanovich when he tried cooking oysters with a touch of Parmesan cheese over a hot grill. More than 900 charbroiled oysters are served most days, available to diners as a half dozen or full dozen. Other dishes on the menu include plenty of catfish, tuna, shrimp, Maine lobsters and the local catch of the day – as well as oysters with spicy sauce, oysters brochette and oysters voisin.
More Info
Open In Google Maps
3232 North Arnoult Road, Metairie, Louisiana, 70002, USA
+15048889254
View menu
Visit website
Visit Facebook page
Send an Email
Give us feedback 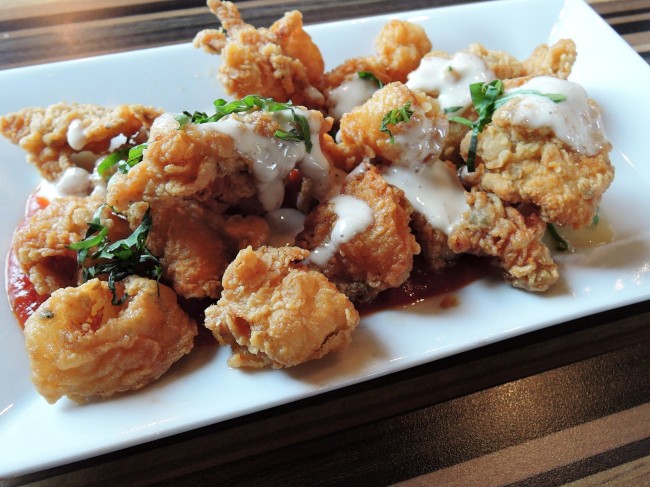 The Morning Call Coffee Stand is a part of New Orleans history, having been established way back in 1870 by Joseph Jurisch. The Coffee Stand was originally located in the French Quarter where it served up the finest quality coffee and beignets for over a century, before moving to its Metairie base in the 1970s. Morning Call is known for the intensity and richness of the coffee made using the ‘French dip’ method in which the milk is boiled before being added to the coffee to achieve the very best flavor. Patrons love the beignets and often return again and again to get their fix of the authentic New Orleans French-style donut.

Restaurant, Cajun, American, Seafood, $$$
The Acme Oyster House in Metairie is an offshoot from the main Acme restaurant in the French Quarter of New Orleans that dates back to 1910. After 86 years with just the French Quarter branch, there are now Acme Oyster Houses in Covington and Baton Rouge on the other side of Lake Pontchartrain, as well as Metairie. The Metairie Acme Oyster House is based on Veterans Memorial Boulevard and serves up traditional New Orleans fare such as gumbo, platters and steaks. Specialties on offer at the Acme Oyster House include shrimp and crab gumbo, oyster Rockefeller soup, jambalaya, seafood etouffe and ‘acme poopa.’
More Info
Open In Google Maps
Suite 203A, 3000 Veterans Boulevard, Metairie, Louisiana, 70002, USA
+15043094056
View menu
Visit website
Visit Facebook page
Send an Email
Give us feedback

Restaurant, Seafood, American, Wine, Beer, $$$
Shrimp and Grits | ©stuart_spivack/Flickr
The Galley Seafood restaurant on Metairie Road is famous for serving top-quality soft shell crab and catfish po-boys, the classic Louisiana submarine sandwich. Galley Seafood started out serving up their cuisine at music festivals around the US – including the New Orleans Jazz and Heritage Festival since 1977, where the line to get a po-boy is always among the longest. At the restaurant in Metairie you can get po-boys of soft shell crab, stuffed crab, crawfish tails, catfish, oysters or shrimp, or opt for house specialties that include shrimp and grits, blackened redfish, fried or grilled tilapia, and crawfish etouffe.
More Info
Open In Google Maps
2535 Metairie Road, Metairie, Louisiana, 70001, USA
+15048320955
View menu
Visit website
Visit Facebook page
Send an Email
Give us feedback

Bistro, French
Chateau du Lac is a classic French bistro run by Jacques Saleun, the owner and chef whose previous experience includes working in leading kitchens in Paris, New York and New Orleans. He originally started his gastronomic training in his native Brittany. Chateau du Lac opened in January 2008 to serve traditional French dishes using fresh seasonal ingredients. There is an excellent wine list offering whites from Sonoma and Napa Valleys, Burgundy and the Loire, and reds from Bordeaux, Languedoc and the Côte du Rhône. On the menu are dishes such as steak frites, poisson du jour, filet d’agneau and escargots bourguignons – all served with plenty of gratin dauphinoise and vegetables du jour.
Looks like it's closed Hours or services may be impacted due to Covid-19
More Info
Open In Google Maps
2037 Metairie Road, Metairie, Louisiana, 70005, USA
+15048313773
View menu
Visit website
Visit Facebook page
Send an Email
Give us feedback

Restaurant, Steakhouse, American, $$$
Steak | © stu_spivack/Flickr
Austin’s is a fine-dining establishment known for the excellent steaks and is a former winner of the favorite steakhouse in the city by the readers of New Orleans Magazine. The leading New Orleans restaurateur Ed McIntyre runs the restaurant, which he named after his son. The write-ups in Gambit Magazine and on the Best of New Orleans and N.O.L.A.com websites highly laud the food and wine list at Austin’s. The selection of steaks is especially good. Diners can choose from steaks ranging from 8oz filet mignon all the way up to 20oz porterhouse and signature dishes such as the filet Austin made up of 4oz medallions of beef on a bed of spinach, served with caramelized onions and flame-grilled asparagus.
More Info
Open In Google Maps
5101 West Esplanade Avenue, Metairie, Louisiana, 70006, USA
+15048885533
View menu
Visit website
Visit Facebook page
Send an Email
Give us feedback

Restaurant, Moroccan, Middle Eastern, Vegan, Vegetarian, $$$
Casablanca Restaurant, Metairie
Casablanca offers something a little different from the oyster bars and steakhouses that make up the majority of Metairie’s restaurants. The cuisine at Casablanca is kosher and takes inspiration from across the Middle East and especially Moroccan cooking. Established in 1995 by Linda Waknin, Casablanca has introduced new flavors and ingredients into the New Orleans gastronomic scene. The restaurant is located on Severn Avenue and the menu includes intriguing dishes such as harira soup with chickpeas, lentils and saffron, houmous tahini, fried kibea, chicken Marrakech, and plates of couscous served up with a choice of Moroccan chicken, lamb or beef.
More Info
Open In Google Maps
3030 Severn Avenue, Metairie, Louisiana, 70002, USA
+15048882209
View menu
Visit website
Visit Facebook page
Send an Email
Give us feedback

Bar, Restaurant, American, Seafood, Wine, Beer, Cocktails, $$$
Mr Ed’s Oyster Bar and Fish House has been winning many admirers since opening in 2013 – the Mr Ed of the name is Ed McIntyre, the man who is also behind Austin’s. The Oyster Bar stands on 21st Street just of North Causeway Boulevard, not far from the shores of Lake Pontchartrain. There is also a second branch based in the French Quarter in New Orleans. The Oyster Bar is based in Metairie in the building that was previously Bozo’s Seafood restaurant, the origins of which dated back to 1928 when Bozo Vodonovich, a first-generation Croatian immigrant and restaurateur, opened his restaurant in the Mid-City area of New Orleans. At Mr Ed’s Oyster Bar and Fish House the menu keeps things simple – oysters come raw, charbroiled, almondine, and buffalo style, and there is plenty of catfish, shrimp and gumbo on offer.
More Info
Open In Google Maps
3117 21st Street, Metairie, Louisiana, 70002, USA
+15048336310
View menu
Visit website
Visit Facebook page
Send an Email
Give us feedback
Give us feedback