A History Of The St. Louis Cathedral In 1 Minute

Internationally recognized as one of New Orleans’ most notable landmarks, the St. Louis Cathedral stands in the heart of the French Quarter as the oldest continuously active Roman Catholic Cathedral in the United States. Originally built in 1721, the building’s iconic historical background and imposing architectural design appeals to visitors of all faiths and nationalities.

Designated by French engineer Adrien De Pauger and dedicated to Frances’ sainted King Louis IX, the venerable church towers above its historic neighbors, the Cabildo and the Presbytere, and also faces down Jackson Square, the infamous site where in 1803 Louisiana was made U.S. territory after the signing of the Louisiana Purchase. 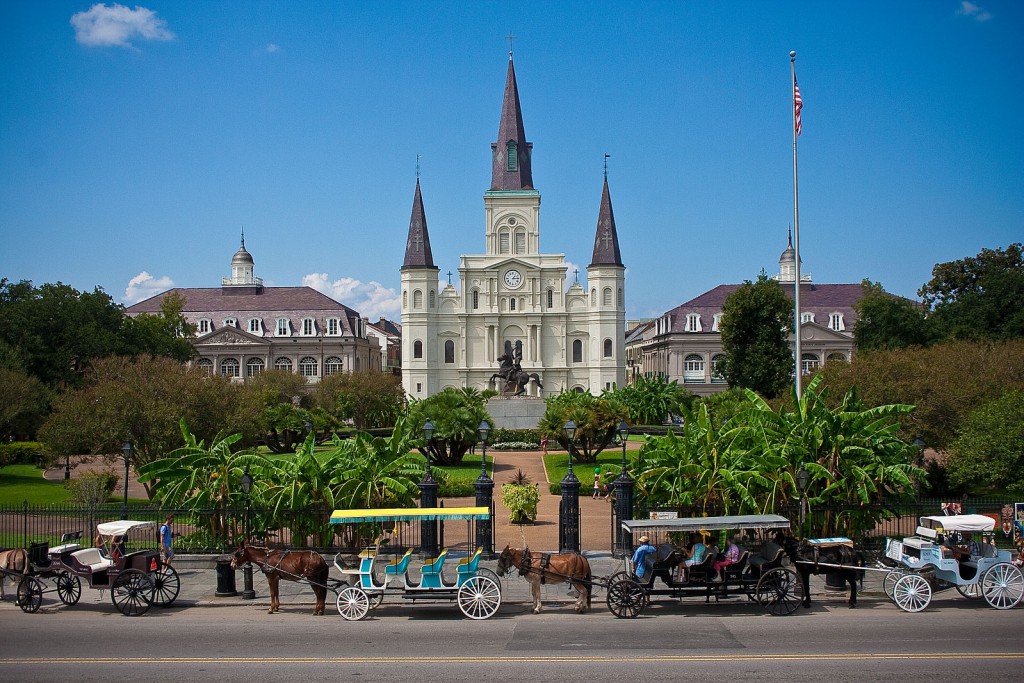 During the early years, the historic building welcomed both the lowly and the highborn, baptized children of colonists and slaves, served as place of marriage, and through its doors were borne the mortal remains of the faithful for the burial rites of Holy Mother Church on the last journey to the little cemetery on St. Peter Street.

After burning down during the great fire in 1788, it was rebuilt on the same site and dedicated on Christmas Eve, 1794, as the Cathedral of the Diocese of Louisiana and the Floridas. Originally assembled as a “brick between posts” construction (a traditional French Creole method of building that continued to be used in Louisiana until the mid-19th century), the cathedral’s status upgraded to Basilica, after witnessing a historic visit from Pope John Paul in September 1987.

Today, during self-guided tours, you can contemplate an extensive variety of paintings, a rococo-style gilded altar that adorns the front of the church, and stained-glass windows with depictions from the life of Louis IX. You also can experience the pedestrian-only plaza outside the decades-old attraction, featuring painters, photographers, poets and singers from all over the world. 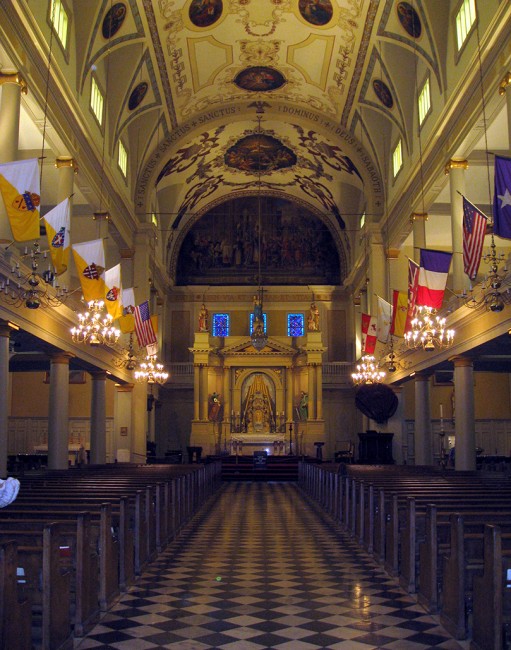 Inside the St. Louis Cathedral|© Jared/Flickr 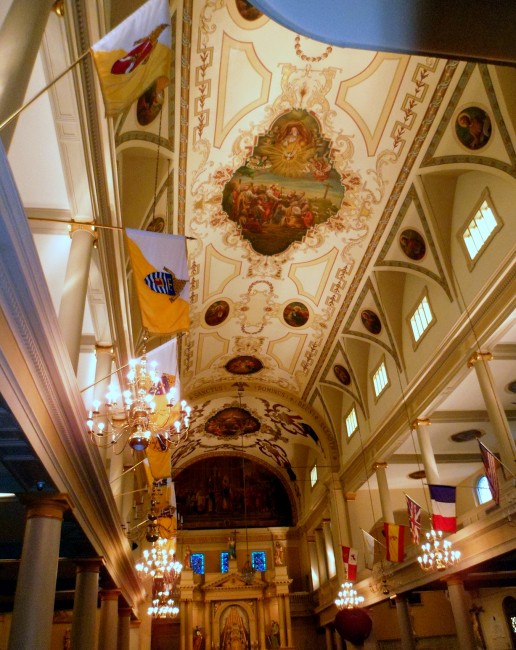 Inside the St. Louis Cathedral|© Jared/Flickr

Not only does the St. Louis Cathedral history reflect the story of the church, but also that of New Orleans. Built and restored time and time again, waterproofed, repainted inside and out, fortified with steel, the church – and the city – stands. For New Orleans, this emblematic landmark is much more than a worshiping temple — it represents the heart of the city, a haven of serenity, and above all, an example that shows how amidst chaos and destruction, the Big Easy always builds itself back up.

The Cathedral is open daily from 8:30am until 4:00 pm with Daily Mass at 12:05pm. Self-guided brochures are available in the entrance for a $1.00 donation. Visitors can get an impromptu tour from volunteer docents when available. Guided tours for groups are only available with prior reservations.