The Southern United States is a cultural and geographic region referring to the states in the southeastern part of the country below the Mason-Dixon Line. Southern states include Kentucky, Virginia, North Carolina, South Carolina, Tennessee, Arkansas, Georgia, Alabama, Mississippi, Louisiana and the Florida panhandle. The cuisine of this area is rich and diverse, featuring a variety of mouthwatering delicacies. Now feast your eyes on our decadent list of the top 14 Southern foods you absolutely must try! 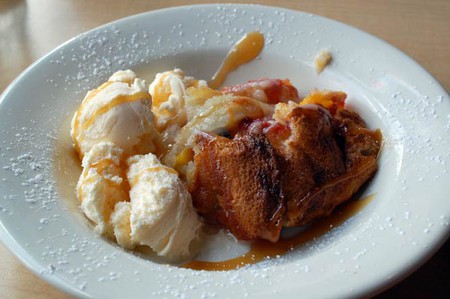 In the South, cobblers are made in a large baking dish with thick crusts on the top and bottom, made from sweet biscuit batter. Peach cobbler is particularly popular during the summer peach season. Peaches are cut into small slices and baked with the crust. Peach cobbler is often served with a large scoop of vanilla ice cream.

Fried chicken may be the most iconic Southern dish, popular throughout the region. The whole chicken is cut at the joint leaving the skin and bones intact. These pieces are then battered and deep fried, producing a crisp coating on the exterior of each piece. This “skin” is seasoned to taste and served to keep the interior crispy and flavorful.

Commonly served as hors d’oeuvres at a party or cook-out, deviled eggs are so popular that many supermarkets in the southern United States sell them pre-packaged. Deviled eggs are made by removing the yolks from hard-boiled eggs. The yolks are then mixed with other ingredients, such as mustard, mayonnaise, and spices. Hard-boiled eggs are typically served cold, as an appetizer or side dish.

Barbecue is a type of slow cooking over indirect heat that produces juicy, flavorful meat. Barbecue is usually pork, but can also be chicken or even beef. Each southern state has its own type of barbecue sauce, ranging from a vinegar-based sauce to a tomato-based sauce, with several combinations. Pulled pork is made by shredding barbecue pork, and it is often made into a pulled pork sandwich. 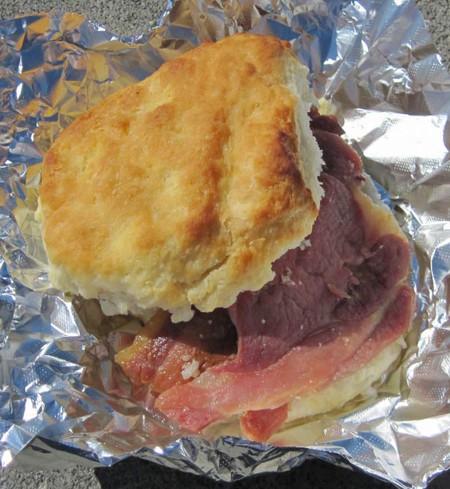 Particularly popular in Virginia, country ham is a salty, cured, smoked ham. One of the most popular styles of country ham is the Smithfield Ham, made in the Hampton Roads area of Virginia. Country ham can be served alone or used in sandwiches or ham biscuits. 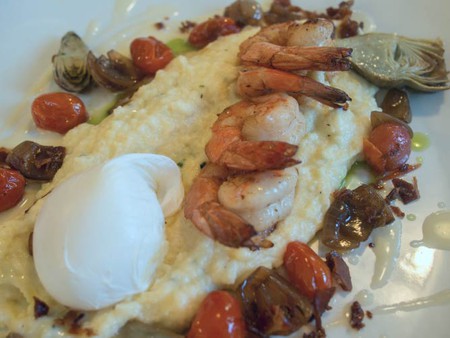 Traditionally a breakfast dish, shrimp and grits is a popular Low Country dish from the coastal areas of the South. Grits are a thick corn-based porridge that was first introduced to American settlers by the Native Americans. Shrimp and grits can be made with a variety of sauces and can also be served with fried fish. 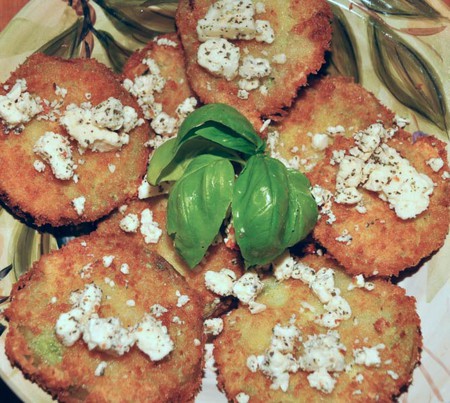 Fried Green Tomatoes are a Southern side dish made with unripe tomatoes coated in cornmeal and fried in a shallow pan. A “wash” of buttermilk and a beaten egg may be used to help the cornmeal stick to the tomato. In Louisiana, fried green tomatoes are served with a cold remoulade sauce. 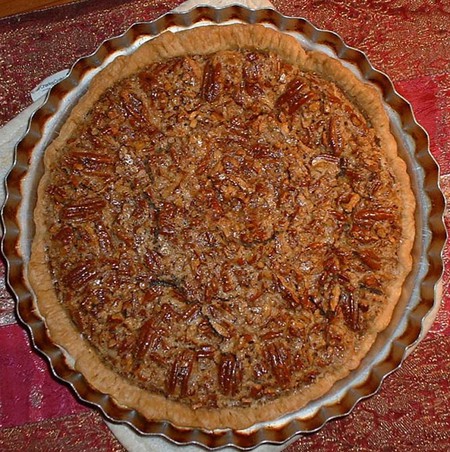 Popular at every Southern gathering, pecan pie is made with pecan nuts, corn syrup, and other ingredients such as molasses, honey, and brown sugar. The origins of this decadent dessert are unknown, but some speculate that it was invented in the early 1800s in Alabama or by French settlers in Louisiana. Pecan pie is a decadent treat, and it is often reserved for holidays such as Thanksgiving and Christmas. 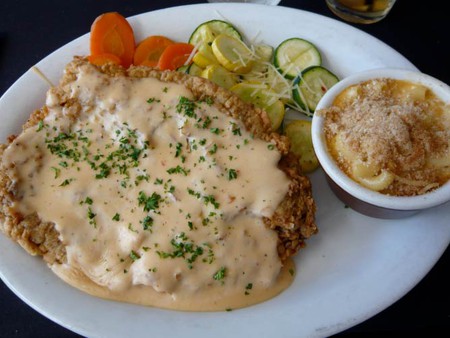 Similar to recipes from Scotland, Austria, and Latin America, chicken fried steak is a tenderized steak covered in flour and fried. Some say the dish gets its name from the fact that it is fried in the same oil used to fry chicken, while others say it has more to do with the similar cooking methods of the two dishes. 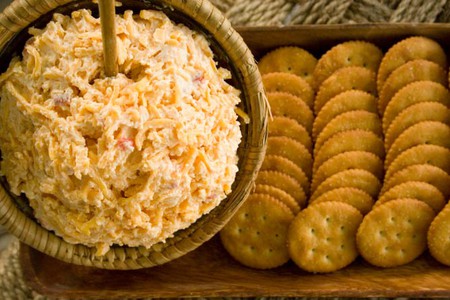 Made with cheddar or American cheese, mayonnaise, and pimentos, pimento cheese is ubiquitous in Southern cooking. It can be spread on crackers, added to deviled eggs or grits or used in a sandwich. Special ingredients vary by region and may include jalapenos, hot-sauce, onions, cayenne pepper, Worcestershire sauce, garlic or dill pickles.

Popular in southern Louisiana, boiled crawfish are often best enjoyed in a friend’s backyard. These ‘mudbugs’ are boiled in a large pot, usually with other ingredients like potatoes, mushrooms, onions, garlic, corn and sometimes even sausage or peanuts. Crawfish boils usually end with the whole party crowded around a large table, eating crawfish by hand.

The French brought European pralines to Louisiana in the early colonial days, and New Orleans chefs substituted pecans for almonds and added cream to the confection. Southern pralines have a creamy consistency and are made with butter, brown sugar, cream or buttermilk and pecans. Praline pecan is a popular ice cream flavor in the United States.

A true Southern delicacy, fried catfish is made by covering fish in flour or cornmeal and frying it in a shallow pan. Fried catfish can be served on a sandwich, or accompanied by coleslaw, french fries, hush puppies or baked beans. Add a squeeze of lemon, ketchup and tartar sauce for the perfect garnish.

Cornbread first became popular in the southern United States because corn flour was much cheaper than wheat flour. Today in the South it is still a common side dish, often served with butter, accompanying barbecue, chili, and beans and rice. Cornbread can also be served as a muffin or in a pan as “spoon bread.”
By Ann Marshall Thomas