The Top 10 Things To See And Do In Louisville, Kentucky

Louisville Palace Theater © frankieleon/Flickr
Louisville, Kentucky, may not be the state capital, but it is a beautiful city to visit nevertheless, with quite a lot of history. Expect a warm welcome and a true dose of Southern hospitality when visiting the city. For an excellent trip and a great introduction to Louisville, check out the top 10 things to do and see in the area.
Churchill Downs Entrance © Lisa Andres/Flickr

Churchill Downs is the home of the legendary Kentucky Derby, the longest continually running sporting event in the United States and one of the Triple Crown races. Those who purchase general admission tickets do not need to adhere to a dress code. Right next door to the racetrack is the Kentucky Derby Museum, where tours are available. Aside from the Derby, Churchill Downs also plays host to several other live races throughout the season and year-round. For those not inclined to betting, tour the grounds instead. 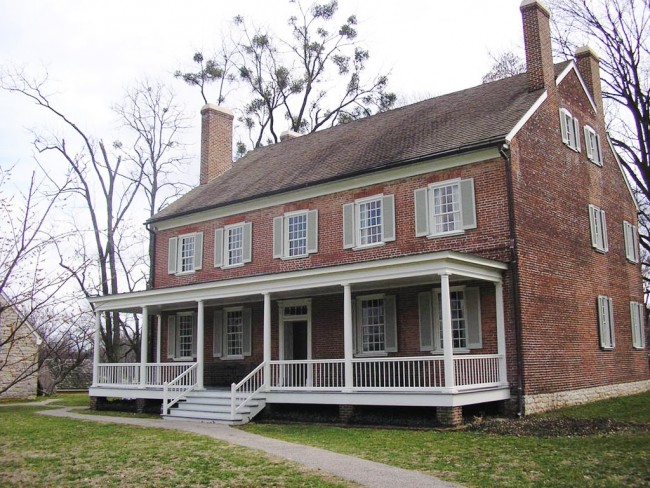 Locust Grove is a premier example of early Kentucky architecture. This Georgian mansion dates back to 1792 and hosted historical figures such as Presidents Monroe and Jackson as well as the famous explorers Lewis and Clark. The home belonged to a sister of the founder of Louisville and is now a National Historic Landmark. Optional videos are shown before tours, and leave extra time either before or after to explore the gallery and the fifty-five acres of the estate. Locust Grove also hosts a lecture series and art classes. 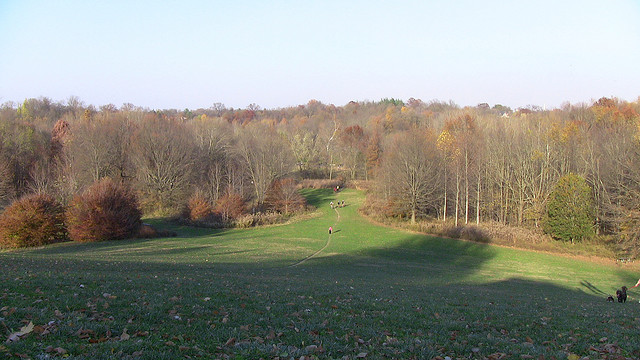 Park
Waverly Hills Sanatorium | © Aaron Vowels/Flickr
Cherokee Park is the crown jewel of the Louisville parks designed by Frederick Law Olmstead. Originally opened in 1891, the park spans 409 acres. The Scenic Loop, which tours throughout the park, has separate lanes for vehicles and pedestrians. Hogan’s Fountain, which opened in 1905, spans an area that contains a large gazebo, making it popular for picnics and events. The Nettleroth Bird Sanctuary is a quiet, secluded corner of the park and ideal for birdwatching. As Cherokee Park is so large, many different species of wildlife and plants call it home. The park is open from dawn until dusk every day.
More Info
Open In Google Maps
745 Cochran Hill Road, Cherokee-Seneca, Louisville, Kentucky, 40206, USA
+15025747275
Visit website

Get in Touch with the Supernatural at Waverly Hills Sanatorium

Waverly Hills Sanatorium bills itself as one of the most haunted places on Earth, but that doesn’t stop it from staying open for tours! For those curious about the paranormal, Waverly Hills offers both a standard night-time tour as well as blocks of time dedicated to investigations with or without staff beside you. If you aren’t looking for a scare, the Sanatorium does offer daytime, historical guided tours. In the fall, there’s a haunted house fundraiser and, during the holiday season, the secluded grounds lend themselves well to a laser light show. 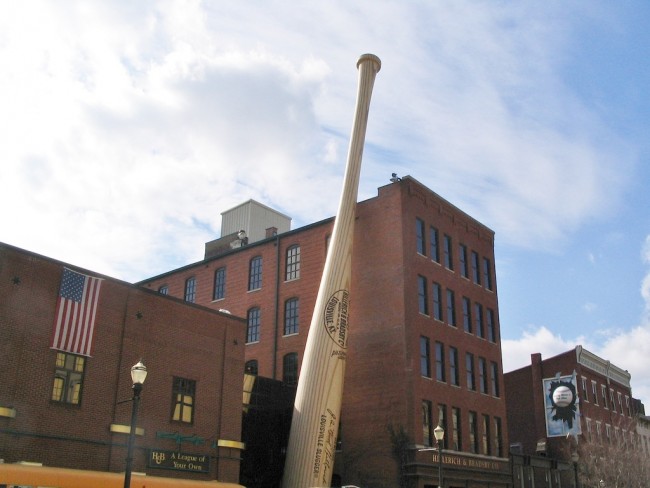 The Louisville Slugger Museum & Factory is still a working factory, and visitors have the opportunity to watch standard production seven days a week on the standard factory tour. When full production is not scheduled, bat-making demonstrations are offered in the factory. For baseball lovers, there is a museum detailing the history of the famous bat, with opportunities to hold bats used by historic players like Mickey Mantle and Babe Ruth. Of course, the giant bat outside makes for an excellent photo opportunity. 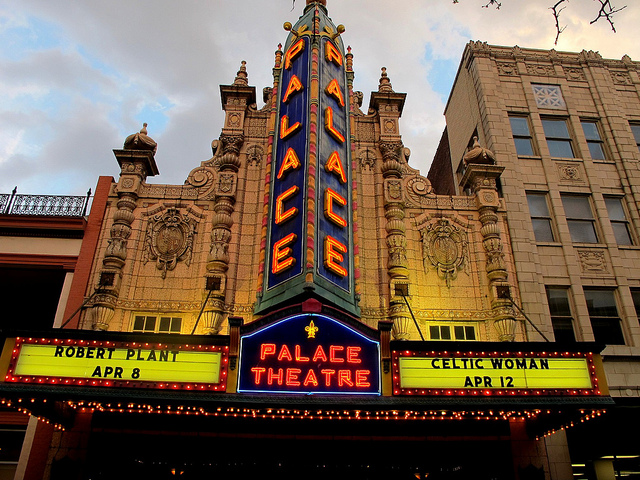 See a Show at the Louisville Palace Theater

The Louisville Palace Theater is Louisville’s premier entertainment venue. Dating back to the late 1920s, the theater has been redecorated and restored to its opulence, helping it earn a spot on the National Register of Historic Places. The interior evokes a Spanish courtyard, with a midnight blue ceiling suggesting the night sky. Formerly a movie theater, the Palace is now host to all kinds of live shows, including concerts, dance performances and musicals. The theater is also close to several restaurants in downtown Louisville, making it an ideal location to take in a show after dinner. 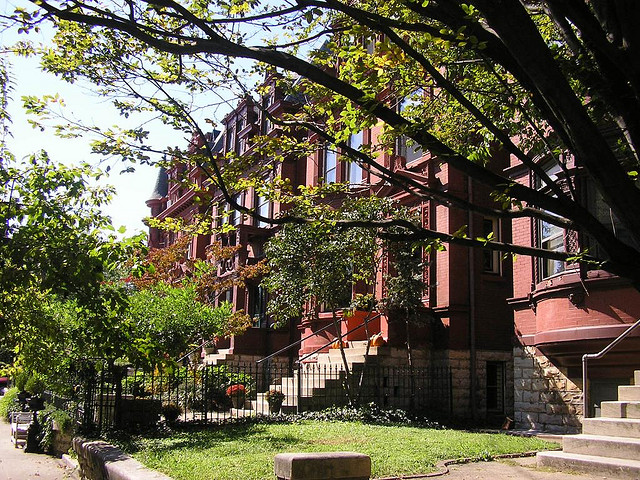 Appreciate the Architecture of Old Louisville

Old Louisville is a National Historic Preservation District, comprised almost entirely of Victorian-era architecture. Because of that, the district has the largest collection of Victorian homes anywhere in the United States as well as an extremely large collection of residential stained-glass and art-glass windows. If visiting in the fall, try to go during the St. James Court Art Show, held during the first weekend of October. Furthermore, private homes have been known to open up for tours that weekend, making each year’s experience just a little different.

Drink on the Urban Bourbon Trail

Kentucky is well-known for its bourbon production, and Louisville’s Urban Bourbon Trail is for enthusiasts and newcomers alike. Not for the faint of heart, completing the trail requires you to pick up a passport and make a purchase at any six distilleries listed; that earns a stamp in your passport. After six stamps, you become an official Citizen of Bourbon Country! All participating establishments offer bourbon flights and at least 50 different bourbon labels, with trained staff on hand to explain what to look for. Pick up a passport at the downtown Visitors’ Center. 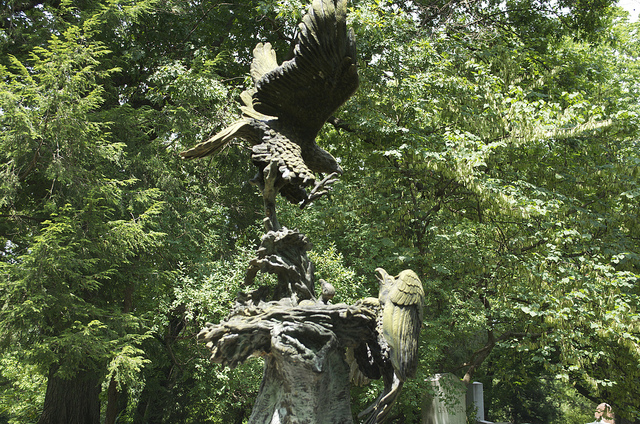 Both an historical cemetery and a botanical garden, Cave Hill Cemetery is hauntingly beautiful. Take a map if visiting, since the cemetery has only gotten larger. The map also lists several points of interest, including a memorial fountain and a reproduction of Marie Antoinette’s gardeners’ cottage at the Petit Trianon. Cave Hill is also the only arboretum in Louisville, featuring some of the largest trees in the state. The cemetery offers a brochure and labels its best examples of plants as well.

Dive Down into the Louisville Mega Cavern

The Louisville Mega Cavern is a man-made cavern that was formerly a limestone quarry mined for more than forty years. As it’s no longer an operational mine, this 100-acre underground quarry now offers a tram tour explaining both the science and history behind the cavern. For the more athletically inclined, the world’s only fully underground zip line course, an underground bike park, and a ropes challenge course are on offer. During the holiday season, the cavern is opened to cars for a drive-through light show. As the cavern remains at a comfortable 58 degrees, it makes for an excellent visit in any weather.