The Best Restaurants For Fine Dining In Louisville, Kentucky

Sliced pork at Harvest | © Ray Sawhill/Flickr
Louisville is Kentucky‘s largest city and is well known for its sporting events, such as the Kentucky Derby. This makes it a tourists hotspot and if you’re visiting the area, check out these restaurants for some of the best fine dining in Louisville.

Tucked away in a stylish old mansion is Corbett’s of Louisville. Inside you’ll find American dining of the highest degree. A weekly five course dinner is on rotation there with themes and a wine pairing option is available. There is also a casual menu for less structured dinners out and a holiday prix fixe to keep diners warm and full through the holiday season.

Sapporo Japanese Steakhouse and Sushi has won many awards for their sushi alone. They maintain the traditional ideals and techniques for creating sushi and Japanese food, and deliver them in a modern and tasteful style. Their nigiri and makimono varieties have enough options for repeat visits for lunch and dinner. 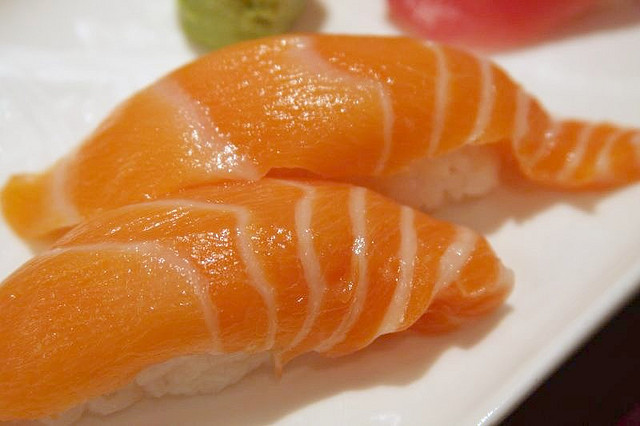 Nightly lounge music creates a satisfactory atmosphere at Majid’s that mimics the delicious way their Mediterranean-influenced food makes guests feel. Start with the kashke bademjon (eggplant, house-made yogurt, mint and caramelized onion) as the music begins and move on to a plate of rack of lamb (flame roasted kabob, lemon, sumac, lima bean and dill basmati rice, shirazi and vegetables) that will make you wish the music went all night long. Majid’s is the place to be swept away.

Restaurant, American, $$$
Sliced pork at Harvest | © Ray Sawhill/Flickr
Locally sourced ingredients make up the fine cuisine at Harvest Restaurant of Louisville. The southern-style of food appeals to both locals and visitors. The walls of the restaurant are lined with photos of some of the very same local farmers who made the meals possible, the same meals that guests rave about on a variety of social media channels, food sites and blogs.
More Info
Open In Google Maps
624 East Market Street, East Market District, Louisville, Kentucky, 40202, USA
+15023849090
Visit website