The 10 Most Beautiful Historic Homes & Estates in Kentucky

Nicknamed the ‘Bluegrass State’ due to its verdant pastures, Kentucky is a beautiful state steeped in history. Visitors can get a glimpse into the past thanks to the fact that the state is peppered with incredible historic homes and estates representing different periods and architectural styles. Here are our top ten places in Kentucky. 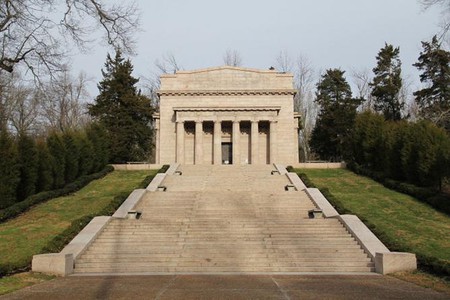 Abraham Lincoln was born in a one-room log cabin in 1809 at Sinking Springs Farm. While the original cabin no longer stands, a symbolic one stands in its place inside a Neoclassical memorial building in the Abraham Lincoln Birthplace National Historic Park, created to honor the 16th American President’s early life. Visitors can enter the memorial by climbing 56 steps, which represent each year of Lincoln’s life, and then stroll the grounds and trails. After exploring the grounds, guests can take a short drive to Knob Creek, where Lincoln lived as a little boy. Both sites are free to enter.

Ashland, The Henry Clay Estate is a beautiful 17-acre historic estate located in Lexington. Built for Henry Clay, an esteemed statesman known as ‘The Great Compromiser’ due to his many achievements, including negotiating the Treaty of Ghent and the postponement of the Civil War for a decade, this estate features an 18-room mansion plus several outbuildings. Originally constructed in 1811 in the Federal-style manor, Clay’s son, James, inherited the property in 1852, razed it in 1854 due to structural issues, and had it rebuilt, on the original foundation, in 1857. The result is a mix of Federal, Italianate, Greek revival, and Victorian styles. Today, visitors can take guided tours of the mansion or roam the lush grounds.

The house behind the song ‘My Old Kentucky Home’ is widely speculated to be Federal Hill, a mansion located in the My Old Kentucky Home State Park near Bardstown. Stephen Collins Foster, a relative of the Rowans who owned the property, supposedly visited Federal Hill, became inspired, and eventually penned the treasured song, which became the state song in 1928. Built between 1795 and 1818, this brick Georgian-style house originally featured 13 rooms, 13 windows on the façade, and 13 steps on each staircase, which may have been an homage to the original 13 colonies. Sold to the Commonwealth of Kentucky in 1922 by a descendant of the family, Federal Hill is now a historic house museum restored to look as it did in the 19th century.

Set to be demolished in the mid-1900s, the Blue Grass Trust for Historic Preservation saved the Hunt-Morgan House in 1955. Originally constructed in 1814 for a prominent businessman named John Wesley Hunt, this Federal-style home housed many prominent members of the Hunt-Morgan family over the years, including Confederate General John Hunt Morgan and Dr. Thomas Hunt Morgan, the first person from Kentucky to win a Nobel Prize. Today, the house has been fully restored and offers visitors a glimpse into the lives of early-19th-century people with its rooms filled with period furniture and paintings. The second floor houses the Alexander T. Hunt Civil War Museum, which features a host of wartime memorabilia.

Located in Kentucky’s state capitol, Frankfort, the Jesse R. Zeigler House is the only house in the state designed by the legendary architect Frank Lloyd Wright. Built in 1910, this beautiful home is a great example of Wright’s Prairie Style architecture, which is often noted by the use of horizontal lines, overhanging eaves, and beautiful leaded art glass windows. One of the unique features in this home is the stained-glass case that surrounds the fireplace at the ceiling. Originally the family home of Reverend Jesse R. Zeigler, it remains a private residence today.

Located in Louisville, Locust Grove is a lovely 55-acre estate featuring a 1790 Georgian mansion, various outbuildings, plus beautiful grounds. As with all the estates and homes mentioned above, this place is steeped in history. Built for William and Lucy (née Clark) Croghan, this property hosted many prominent people during its day, including American presidents, artist John James Audubon, William Clark (Lucy’s brother) of Lewis and Clark fame, and General George Rogers Clark. General Clark, also one of Lucy’s brothers was a war hero and founder of Louisville who spent his later years at Locust Grove. Many embellishments were added to this historic property over the years; however, it has been completely restored to its original glory, and visitors can now take guided tours.

There are only five castellated Gothic Revival structures by Alexander Jackson Davis remaining in the United States, and one of them is located in Castlewood Park in Lexington. Commissioned by Francis Key Hunt (cousin of Francis Scott Key who wrote the United States national anthem), this unique structure, known as Loudoun House, was built in 1850 and is considered to be one of the best examples of this particular style. The house now belongs to the city and houses the Lexington Art League, a contemporary visual arts organization founded in 1957. Within this magnificent 19th century villa, guests can explore artworks by contemporary artists.

Originally built as an inn between 1803 and 1806, the Mary Todd Lincoln House was purchased by Robert S. Todd in 1832 for his family, including daughter Mary who would go on to marry Abraham Lincoln. A two-story brick late-Georgian house located in downtown Lexington, it is the first historic house museum within the United States to honor the First Lady. A 14-room property, the public can now visit the rooms full of period furniture, personal items, and portraits of both the Todd and Lincoln families. While none of the original outbuildings stand today, there is a lovely garden that guests can enjoy while visiting this historic treasure.

Located in the south-central city of Bowling Green, Riverview at Hobson Grove is a beautiful home in the Italianate style complete with rounded arches, deep eaves with decorative brackets, plus a cupola on top of the house. Built for Atwood and Juliet (née van Meter) Hobson, the construction began in the 1850s, but due to the Civil War, it was put on hold and temporarily used by the Confederates as a munitions magazine. The project was completed in 1872 and had some innovative features in its time, including a collection tank for rainwater to provide water for the second story and an oculus for ventilation. Today it is open for tours where visitors can see how upper-class people of the Victorian period lived. 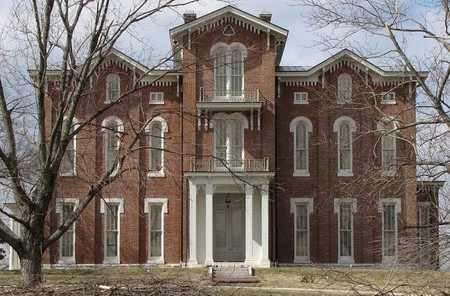 Originally built for General Green Clay who served in the Revolutionary War and War of 1812, the original house here, called Clermont, was a two-story Georgian home. When the general’s son, Cassius Marcellus Clay — an abolitionist, newspaper publisher, and politician — inherited the property, he transformed it into an opulent 44-room Italianate mansion complete with indoor plumbing and central heating both of which were very modern for the times. He also renamed it White Hall. The estate was donated to Kentucky in 1968, and thanks to First Lady Beulah Nunn, the mansion was restored and opened to visitors in 1971 who will see rooms beautifully decorated with period furnishings, several of which belonged to the Clay family.