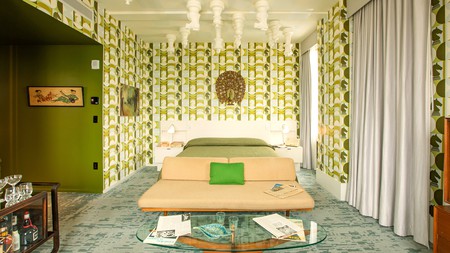 The Queen’s Gambit has proven to be a huge hit on streaming service Netflix. The chess-inspired show has seen thousands of people pick up the ancient pastime in recent months, with the 1960s setting also making an impact on viewers. However, for loyal fans of the Anya Taylor-Joy series, only a fully immersive stay in this sumptuous hotel room dedicated to the show will do. It’s definitely a place to check, mate. 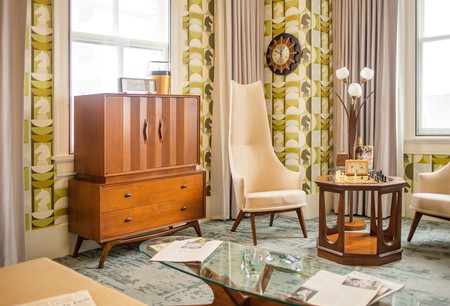 In The Queen’s Gambit, we follow the fortunes of Beth Harmon (Taylor-Joy), a child chess prodigy who rises through the ranks to become one of the best players in the world. The majority of the action is set in mid-century Lexington, Kentucky, and that’s where you need to head to if you want to see this room for yourself.

The Harmon Room, named after the lead character in the series, has been launched by the boutique hotel and contemporary art museum 21c Museum Hotel. It’s part of a wider campaign in Lexington, which was the setting of the unexpected hit even though the show itself was shot elsewhere. The Queen’s Gambit Guide to Lexington, Kentucky, focuses on the places that inspired local author Walter Tevis to write his novel on which the show is based. The area is best known as the horse-racing capital of the world, but it seems like chess will also be bringing visitors back to the American city. 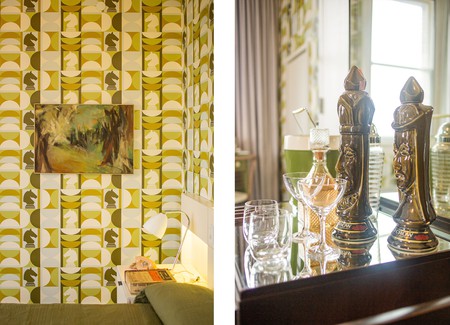 “The Queen’s Gambit put a spotlight on Lexington and piqued people’s interest in our community at a time when we could really use a boost,” said Gathan Borden, VisitLEX vice president of marketing. “The Harmon Room and all of the activities we have planned around it are our way of rolling out the red carpet for visitors and another fun example of the way we use creativity to market our incredible city.”

Beth Harmon is a phenomenal talent, but she is also haunted by vivid hallucinations caused by her alcohol and drug dependency. The room dedicated to the character taps into several visual cues from the show, not least the allure of chess. Giant chess pieces hang from the ceiling, and there’s a limited-edition board you can play on, too. Mesmerizing mid-century modern decor is also present, with gaudy color schemes and curved soft furnishings adding past glamour to an otherwise modern hotel. 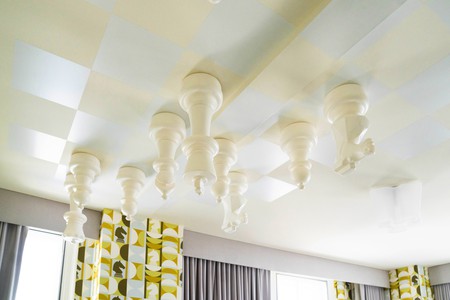 The 21c Museum Hotel in Lexington is an art space and 88-room boutique hotel with another secret for visitors to uncover. The on-site Lockbox restaurant was once a bank vault, and you can even book a private meal in the safe if you’re feeling adventurous. The 21c Museum Hotel in nearby Louisville was one of our favorite places to stay in Kentucky, and this branch looks just as good.