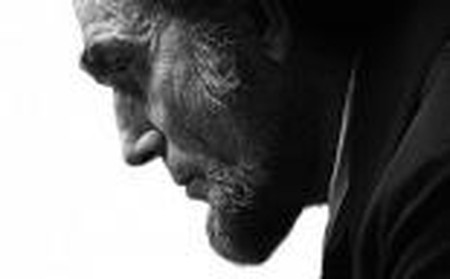 The towering presence of America’s 16th president Abraham Lincoln is underscored by the number of books and films that have been inspired by his life. In 2012, this influence became evident again when the iconic director Steven Spielberg released his Lincoln biopic, which featured Daniel Day Lewis as the most recent actor to impersonate the great leader.

Spielberg’s celebrated biopic Lincoln film was one of the most eagerly awaited films released in 2012. The excitement was heightened by the long wait since the director and producers decided they would only release the film after the 2012 American Presidential elections to avoid it becoming politicised. The film was based on Team of Rivals by Pulitzer Prize-winner, Doris Kearns Goodwin, which focuses on Lincoln’s decision to fill his Cabinet with his political rivals, three of whom ran against him in the election of 1860. Goodwin examines how Lincoln navigated these strong political personalities to create a dynamic government with which to guide the country during the deepest crisis of its history.

Some of the success of Goodwin’s book arose from the claim that Barack Obama had been inspired by Lincoln’s decision-making; from Time Magazine to the BBC and the New York Times, Obama’s Cabinet selections were framed as a ‘Team of Rivals’ with Hilary Clinton and Joseph Biden chosen as key members of his policy team. Lincoln is, of course, known for presiding over the country during the American Civil War from 1861 to 1865, and for ending the practice of slavery through the Emancipation Proclamation. Comments on the symbolism that links Lincoln, the former U.S. Congressman from Illinois, and Barack Obama, America’s first black president and former Illinois Senator have been inevitable.

Whilst the film will inevitably draw political comparisons, the performance of Daniel Day Lewis as Lincoln is central to the film’s success. Lewis is renowned for the intensity of his method acting and the obsessive research he undertakes in order to perfect each role. He has been known to stay in character for the entirety of filming, refusing to leave his wheelchair whilst on set for My Left Foot and living in a hovel during shooting for The Crucible. Whilst a December release may have been timed to avoid becoming ‘political fodder’, it was also conveniently timed to utilise the momentum of award-season speculation, a strategy which paid off as Daniel Day Lewis won a host of awards, including the Oscar for Best Actor.