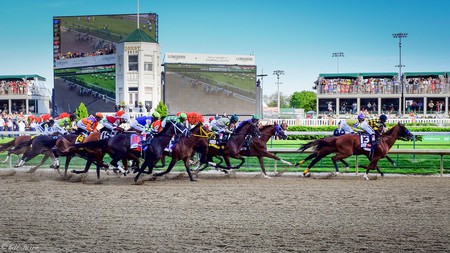 On the first Saturday in May, women in big hats and men in suits flock to Louisville for the Kentucky Derby, an annual horse race started in 1875. It is the longest-running sporting event in the United States, and unlike other events, it has run every consecutive year since its inception, even during war and hard times. Two weeks of Southern culture, lavish attire, and ‘the most exciting two minutes in sports’ make up this long-standing sporting tradition.

In 1872, Meriwether Lewis Clark, grandson of William Clark of the famous Lewis and Clark duo, traveled to Europe where he attended the Epsom Derby in England, a famous horse race since 1780. He then traveled to France, meeting with the French Jockey Club who had organized the Longchamp Grand Prix de Paris – France‘s most popular horse race started in 1863. Inspired by his experiences abroad, Clark returned home with plans to create a similar horse racing event in the US. He gathered a group of local race fans, later named the Louisville Jockey Club, to raise funds for the construction of a permanent racetrack in Louisville, Kentucky – he already had the land, which was given to him by his two uncles, John and Henry Churchill in 1874. On May 17, 1875, the racetrack hosted the very first Kentucky Derby, with 10,000 attendees and 15 horses – the three-year-old Thoroughbreds raced a 1.5-mile stretch of land, with Aristides crowned as the first winner of the Kentucky Derby.

In 1883, the racetrack was named ‘Churchill Downs’ after Clark’s uncles, and just a year later, it was expanded to include a 285-foot grandstand to accommodate the rising number of fans in attendance. Despite the death of Clark in 1899, the Kentucky Derby continued to rise in popularity, flashing news headlines and making a name for itself as a premier American sporting event by 1915. In 1925, the Kentucky Derby was broadcasted via radio for the first time with almost six million listeners tuning in. That same year, the Derby earned the nickname ‘Run for the Roses,’ coined by sports columnist Bill Corum after the blanket of red roses awarded to the winner. In 1932, the race was broadcasted internationally for the first time and was expanded to the first live television broadcast in 1952, receiving ten to 15 million viewers. In 1985, the Kentucky Derby Museum opened at Churchill Downs with efforts to preserve its history and share ‘the fun of the Kentucky Derby experience.’ In 1986, Churchill Downs Racetrack was named a National Historic Landmark. 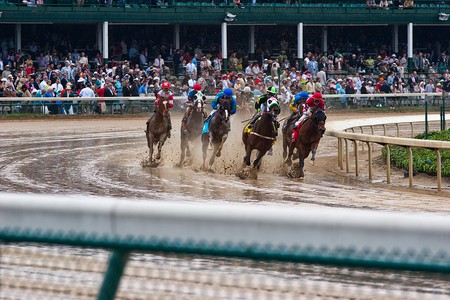 Over three centuries, the Kentucky Derby has gone through numerous changes, including shortening the length of the race to 1.25 miles (1886), introducing new traditions, rising numbers of fans, and increasingly larger bets. From a small-time race to the first leg of the American Triple Crown (includes the Preakness Stakes and the Belmont Stakes), the Kentucky Derby allows attendees to partake in rich, cultural traditions that have been a part of the Derby since the 19th century, including the mint julep, served in a frosted silver cup, lavish outfits with elaborate hats, and the singing of ‘My Old Kentucky Home’ during the opening ceremony – a tradition since 1921. 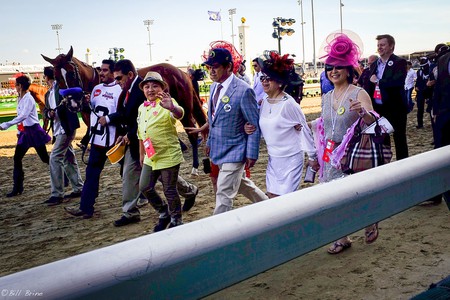