Those who might only know of director Dennis Hopper as the cult director of mythic film Easy Rider will be surprised to discover that for a few years in the early 1960s Hopper put cinema aside and dedicated himself to photography. His archive of images is an extraordinary portraiture of 1960s America. 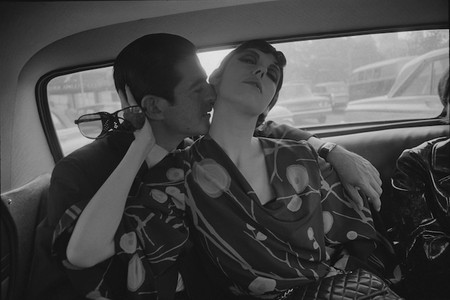 Dennis Hopper (1936-2010), born in Dodge City, Kansas, is best known for his career in cinema. Easy Rider, the 1969 film he directed and starred in, influenced American film-making for years to come and, more importantly, became a major cultural reference for the late 60’s beatnik revolution that was turning its back on establishment and rebelling against the binding norms of middleclass society. Actor Dennis Hopper also delivered lauded performances for his roles as the manic photojournalist in Francis Ford Coppola’s Apocalypse Now (1979) and the psychotic villain of David Lynch’s Blue Velvet (1986).

For a brief time of his life, Hopper was also a documentary photographer, and a prolific one at that. From 1961 to 1967, Dennis Hopper brought his camera everywhere, producing over 18,000 photographs. During these short yet intense six years, Hopper created a significant archive. During this cultural revolution: communities of hippies and bike riders deliberately chose to live off the grid in the name of love and freedom; African Americans demanded civil rights through fierce protests, and the population increasingly appropriated a more liberal lifestyle, all while distinctive 1960s fashionistas redesigned clothes and interiors as we knew them. Not to mention the slew of political issues that characterized the decade – both the Cold War and the war in Vietnam. In 1963, America was shocked by the assassination of President John F. Kennedy and in the same years NASA intensified its efforts to bring the first man on the moon before the USSR. 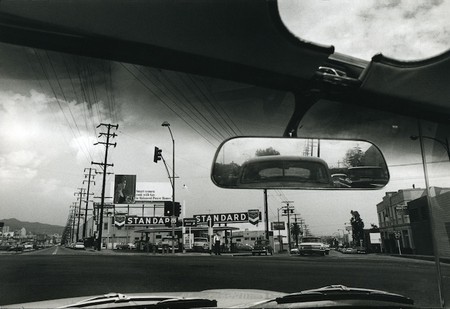 Dennis Hopper witnessed the multifaceted turmoil of America’s society through the lens of the Nikon camera which his wife Brooke Hayward – the first of five – gave him as a gift for his birthday. Shooting only natural light and never cropping his images, Hopper told the stories that literally unravelled in front of his eyes, in the same essence filmmaking. It’s safe to assume that his pictures of dancing hippie girls and of Hells Angels may have shaped the creation of Easy Rider, his greatest achievement as a director. In accordance with the political times, in 1965 he documented the marches of the American Civil Rights Movement from the city of Selma to Alabama’s capital city, Montgomery. The marches were crucial to obtaining the promulgation of the 1965 Voting Rights Act; finally, Afro-Americans had the right to vote. Martin Luther King appears in some of Hopper’s photographs, as well as televised images of John Kennedy’s funeral and the Apollo 11 landing of 1965. Of course, Hopper wasn’t the only one photographing that defining period in America’s history, and not the best one either. Unlike other photographers of that era, however, Hopper also had access to a very special side of America’s life: the star-studded world of Hollywood. 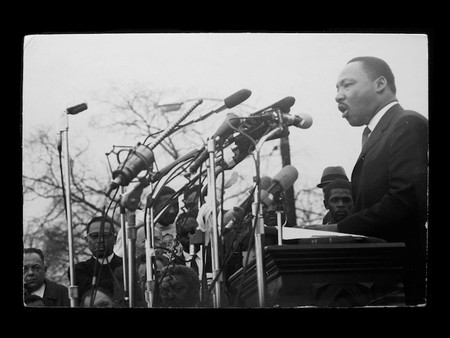 Hopper’s career in Hollywood had started in 1955, with two roles in the films Rebels Without a Cause and Giant, which both featured the legendary James Dean as the leading actor. Dean introduced Hopper to Method Acting, a well-known technique based on the complete identification between the actor and the character he is required to play, on and off the set. The then 18 year-old Dennis Hopper was a great admirer of Dean; he studied and adopted the suggested method religiously. This turned him into a difficult actor to work with, owing to his unprofessional behaviours, including the refusal to be directed. Soon, Hopper had gained a reputation for himself as a hell-raiser, and his career as an emerging actor quickly went into a dry spell. 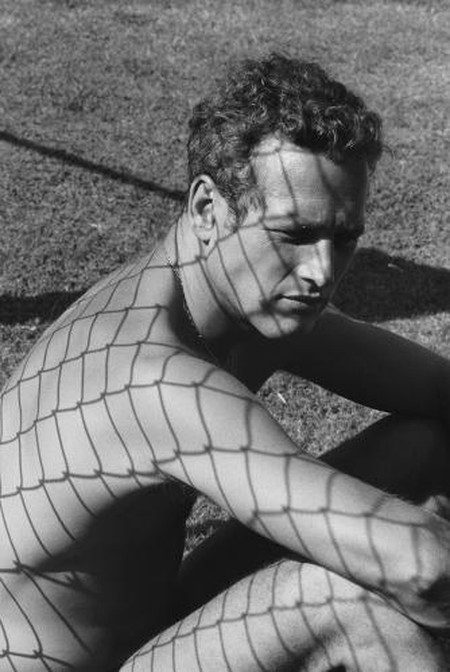 Nevertheless, Hopper continued to frequent the Hollywood stars he and his wife Brooke befriended. Their house in Los Angeles was a popular spot where the most famous actors and artists of that time would often meet. When, in the early 1960s, Hopper replaced cinema with photography as his main creative outlet, his famous acquaintances appeared in many of his shots. In one image, a beautiful blonde woman in a white dress and a distinguished man are sitting side to side; the woman holds a bouquet of flowers and has her leg gently placed on the man’s knees. They’re both smoking, and both smiling at something or someone we can’t see in the picture. She is Jane Fonda, he is Roger Vadim, and the photograph was taken on their wedding day in Las Vegas. In a charming portrait Dennis Hopper took of Paul Newman, the actor is seen seated on the grass, looking into the distance with a pensive expression, while the shadow of a net reflects on his face and bare torso. Prominent pop artists like Andy Warhol, Roy Lichtenstein, Jasper Johns and James Rosenquist were also often photographed by Hopper. 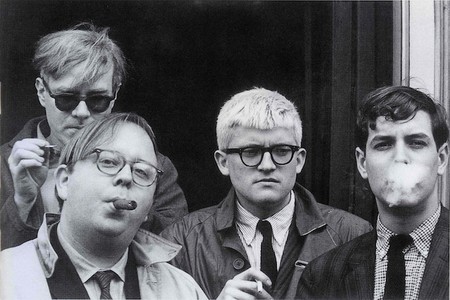 When we now think of the type of celebrity photos usually featured in magazines or online, more often than not it is editorial or publicity images, carefully studied and constructed to deliver a precise impression of the subject, unless it is a low-quality shot stolen by a paparazzi. Hopper’s images are more like family snapshots. They show the top actors and artists of his time in authentic, intimate moments that only a friend would be able to capture. 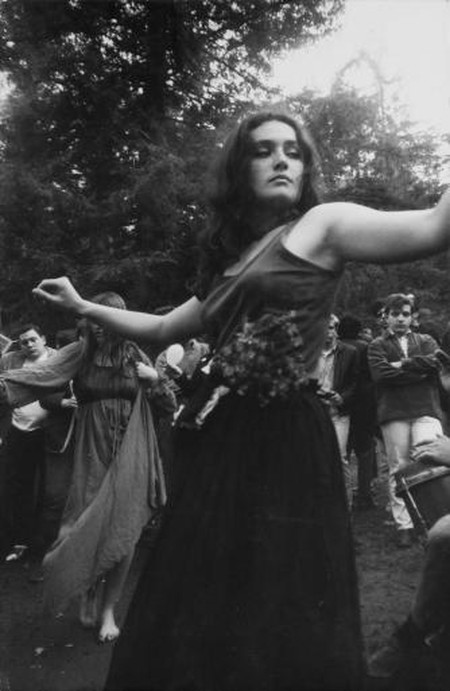 When, in 1967, the occasion presented itself to work on Easy Rider, Hopper dropped photography, and quite abruptly. He would return to it in the 1980s, but to do commercial assignments in the fashion industry. The bulk of his work as a photographer was done in those six years between 1961 and 1967, and, after an exhibition in 1970 at Forth Worth Art Center in Texas, Hopper stored away his photographs in boxes and forgot about them, more or less. A career as a cult director was waiting. The boxes were re-discovered only recently by Marin, Hopper’s daughter, while clearing her father’s house following his death in 2010. Around 400 of those photographs are now on show at the Royal Academy of Arts in London (until 19 October 2014) called The Lost Album. The selection offers an excellent survey of the mix of celebrity photographs and pictures of America’s mass society that is the unique trait of Dennis Hopper, the photographer.