Capote's In Cold Blood: Portrait Of A Highly Complex Consciousness

Truman Capote’s In Cold Blood changed the face of 20th century American literature with its journalistic approach and intense psychological character analysis. Propelling its author into a life of wealth and celebrity and spawning many Hollywood interpretations, the book remains a chilling portrayal of criminality. 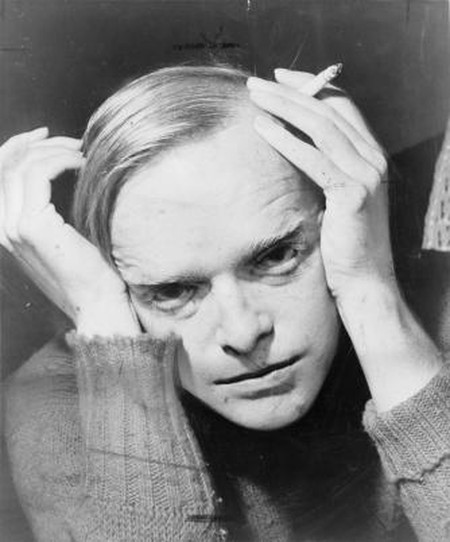 Inspired by a short news piece on the brutal murder of the Cutter family, Truman Capote traveled with childhood friend Harper Lee to the small town which was the scene of the crime, Holcomb Kansas. Capote would spend the next four years ruthlessly researching, interviewing residents and visiting the killers in jail.

His portrayal of the two murderers, Perry Smith and Dick Hickock, highlights the moral discrepancy embroiled in the American consciousness and seeks to understand what set these brutal men apart from their upstanding victims. Published in the boom time of the confident post-war years, the book delves into the hearts and minds of these men, and in doing so, exposes the dark underbelly of the American dream.

Perry Smith is especially developed, with the longest chapter of the book exploring his history and childhood. Norman Mailer ironically cited him as the best character in American literature, and much literary criticism has gone into the unraveling of how much Capote took from life and how much he embellished to suit his needs. Either way the enduring portrait is of a highly complex man – nostalgic, pseudo intellectual and in need of redemption, with moments of extreme kindness and others of the utmost depravity. Capote reveals these facets with the precision of an investigator. Rather than ‘telling’ us he ‘shows’ us through select details such as Smith’s tender placement of a pillow below Herb Cutter’s head to afford him a little comfort before he murdered him.

As much as the book is an iconic cultural landmark, so the story of its creation is ingrained on our consciousness. As a member of the New York literary glitterati, flamboyantly dressed and openly homosexual, Capote’s choice to live amongst the people of provincial Middle American Holcomb and the extensive hours he spent in cells talking with the killers are as intriguing as the crime itself. At the time of Perry’s execution, Capote claimed that the man was closer to him than anyone on the planet. The psychological quandary of the author capitalizing on Perry’s death is one that haunts the pages of the novel.

Various screen adaptations have attempted to capture the internal trauma of this writer, so closely implicated in the fate of his subject, but none succeeds with such candor as Capote, which in 2005 was nominated for five Oscars and secured Best Actor for Phillip Seymour Hoffman in the title role. In the film, Capote oscillates between his loyalty and growing attachment to Perry and his giddy desire for closure – the killer’s deaths – in order to seal his literary achievements.

This dark yearning for the death of the man he has befriended, and the steps that he takes to gain Perry’s trust, bring greater meaning to the novel’s title In Cold Blood. Capote extricates his story with the same hard-hearted cruelty with which the murders were committed and experiences similar pangs of remorse. The double edged irony of the title was undoubtedly deliberate on Capote’s behalf, but the film draws this ambiguity out and applies the same forensic lens to the author as Capote applied to his subjects in the years leading to publication in 1966.