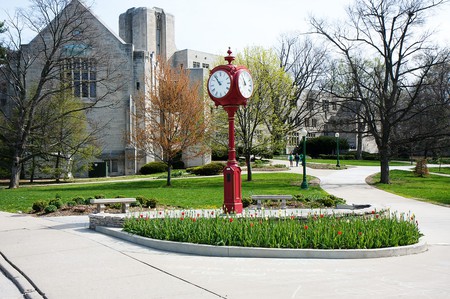 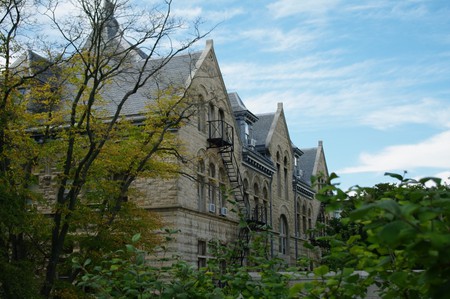 Located on the grounds of the historic Indiana University in downtown Bloomington, the Indiana University Cinema is the home to student, local, and national independent films and productions. Each semester, this bustling arthouse theater screens over 120 different films.

While this theater screens local and student productions, it’s actually a world-class arthouse cinema as well, helping to advance and further the art of filmmaking. A popular attraction on the IU campus, the theater draws visitors from all over Bloomington.

This is where it's all happening this weekend. Getting ready for a Bill Morrison world premier film. #orphansmidwest #indianauniversitycinema #rubbingelbows

This historic building was originally constructed in the 1930s as the University Theatre. It remained a home for theater productions at the college until 2002. When IU added film studies to its register in 2007, the venue was repurposed as a home for film studies and restored to accommodate film screenings.

In addition to an assortment of films and productions screened at this arthouse theater, the cinema also offers a range of displays and galleries. Visitors will find specialty-curated film posters, artwork, manuscripts, and other remnants located within the lower lobby. Collections from the Kinsey Institute, Lilly Library, Black Film Center, and other museums and libraries are often displayed here.