This Club Is Trying to Bring Field Hockey to Indiana 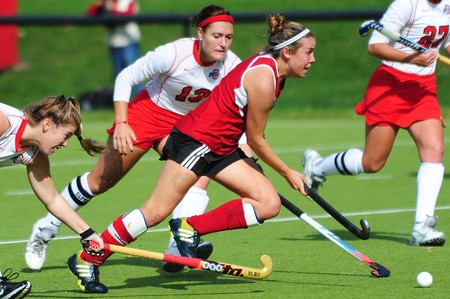 There would be groups of young field hockey players in attendance at these games. The girls would look up to the women on the field, hoping to one day be in their shoes. Heilman and the Hoosiers lacked similar support back home in Indiana, well, because there is no youth field hockey there; in fact, field hockey isn’t offered at the youth, club or high school levels.

“We went to those places and saw all these young girls coming to college games supporting and looking up to the players,” said Heilman, a two-time All-American and three-time All-Big Ten selection at IU. “We would go home and play and not have any girls around to share the sport we love with. That’s why we decide to start it.” 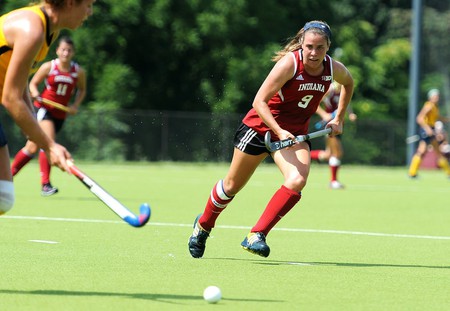 According to USA Field Hockey, the sport’s governing body in the country, there are approximately 75,000–80,000 boys and girls playing organized field hockey in the United States. Field hockey is played at the high school level in just 24 states.

“Our sport has grown by passionate people sharing their passion with others. At USA Field Hockey, we strive to support and fuel that growth through programs and initiatives we have.”

Crossroads Field Hockey Club is a grassroots effort to say the least. While Heilman and Co. have gauged interest in the sport in Indiana, equipment and resources are scarce—they need sticks, shin pads, balls, cages, uniforms, and fields to play on.

“The hardest part is that field hockey is nowhere in Indiana—not in schools and there’s no feeder program,” said Heilman, 24, a fifth grade math teacher at Westfield Intermediate School. “We are starting from scratch.”

Stage 1, as Heilman referred to it, is hosting clinics in the fall and winter to promote the sport and increase interest for its target age group of 10–14 years old. Once the interest is large enough, Stage 2 is beginning an actual club team, ideally by spring/summer 2018.

Indiana, as Goggin pointed out, is an ideal location to begin field hockey because many of the surrounding states—Michigan, Illinois, Ohio, and Kentucky—have established programs, clubs, and opportunities.

Field hockey clubs are continually sprouting up across the country, especially in non-hotbed areas where the sport doesn’t have any or much presence. Goggin said clubs are beginning or have recently begun in Tennessee, South Carolina, and even Hawaii.

The top obstacle Goggin, Heilman, USA Field Hockey or anyone involved in the sport faces is a lack of awareness. It isn’t the priority in the United States that it is in other parts of the world. Field hockey, known simply as “hockey” internationally—unlike in America, where “hockey” refers to “ice hockey”—is played in 137 countries worldwide, including Argentina, the Netherlands, South Africa, Australia, and South Korea.

Despite lacking popularity in the United States, the women’s national team is No. 4 in the world rankings, while the men’s team is No. 26.

“People don’t see field hockey here in the United States,” Goggin said. “We have a huge opportunity now to start growing the sport among women and men and start telling our story. At USA Field Hockey one of our missions is to grow the game and we’re trying to expose more boys and girls to field hockey and to provide more playing opportunities for both, especially at the youth level.”