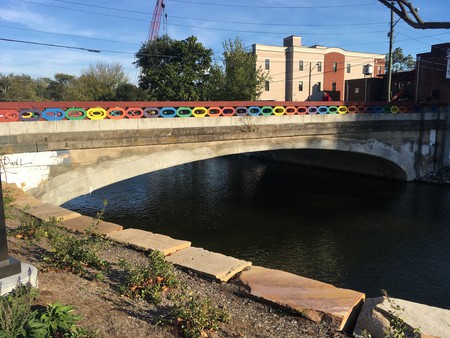 The community of Broad Ripple Village is one of the most unique and diverse places in Indianapolis that has grown and evolved throughout the decades. This quirky and artistic district of Indy is well known for its incredible restaurants, eclectic shops, hidden dive bars, local art, and eccentric music scene.

While you can now find all of these things throughout Indy, Broad Ripple was weird before it was cool—and it still flaunts its vibrant energy proudly. Broad Ripple is also home to one of the most captivating pieces of architecture in the state: the Rainbow Bridge. This bridge crosses over the Central Canal, providing Hoosiers with an unforgettable entry into this artistic district.

This unmistakable bridge can be found right behind Indy’s oldest, still operating firehouse, Fire Station #32. Throughout the years, this bridge has been a popular place for kids to meet and has also been the site of rallies, art fairs, local events, parades, and much more. In order to keep the Rainbow Bridge going strong, it’s repainted and touched up regularly by the community.

Decades ago, this colorful entrance used to take visitors right into this artistic village—acting as a sign that everyone who crossed over was welcome in Broad Ripple Village. Today, this unforgettable bridge is still standing strong, though Broad Ripple has now expanded beyond the canal.

You’ll now find this bridge nestled in the heart of Broad Ripple, just another quirky and colorful display tucked away among the district’s other unique attractions. 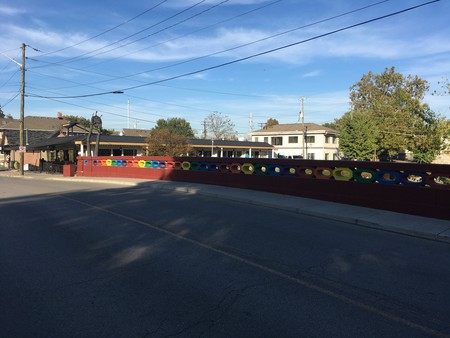